By Hong Kong Tatler March 09, 2015
Following last year’s success, the second edition of Bordeaux Confidential kicked off this weekend at The Principal with an extraordinary selection of world-class Bordeaux, which complemented the fine French cuisine courtesy of Chef Mikaël Le Clezio from Château Mouton Rothschild 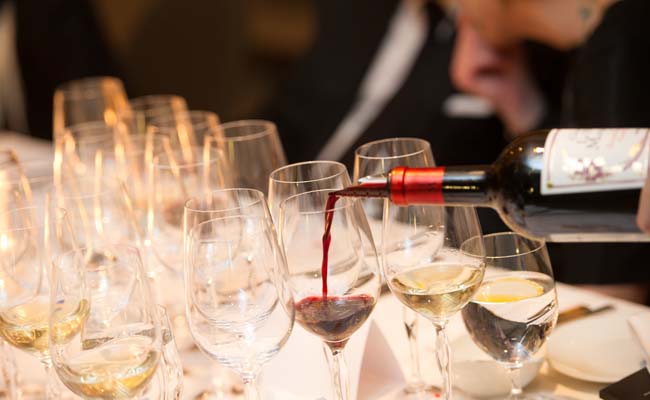 The second edition of Bordeaux Confidential kicked off on March 6 with an incredible dinner celebrating the 26 wineries that participated in the annual event.

Hosted by Hong Kong Tatler and James Suckling, the evening took place at The Principal where guests were treated to a tailor-made menu from celebrated chef Mikaël Le Clezio from Château Mouton Rothschild, whose culinary vision paved the way for an evening of fine wines and delectable French cuisine. 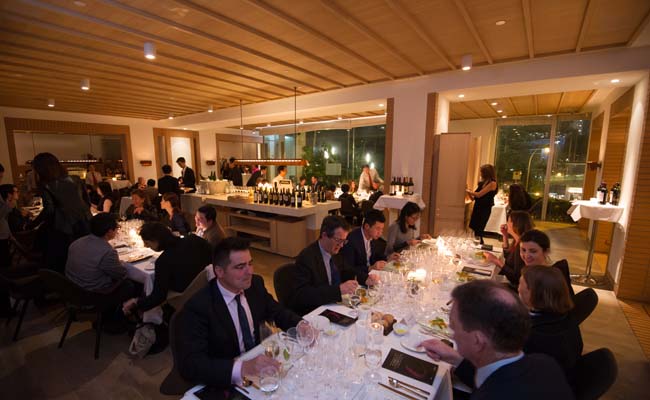 The event was a wonderful mix of vintners and wine enthusiasts, with each table serving 39 different wines, all Grand Crus or exceptional vintages from participating wineries including Domaine de Chevalier, Château Pichon-Longueville, Château Smith Haut Lafitte, Château Mouton Rothschild and Château Suduiraut Sauternes. The dinner menu delighted diners, who raved about the ravioli of handpicked morels and truffles, along with the baby pigeon wrapped in delicate puff pastry with foie gras and minced cabbage. Guests were unanimous in their praise, lauding the fact that the cuisine was similar to French home-cooked meals, as opposed to the elaborate menus on offer at other dining establishments.

The meal concluded with a platter of cheeses and an indulgent rich apple tart with cinnamon whipped cream. James Suckling summed up the evening perfectly saying, “the participants had the opportunity to taste dozens of superb, drinkable Bordeaux, from the famous 2005 first growth Château Mouton-Rothschild to the seldom seen 2011 Château La Fleur Morange proving that great Bordeaux is not only about the top names—and it need not cost a fortune.” 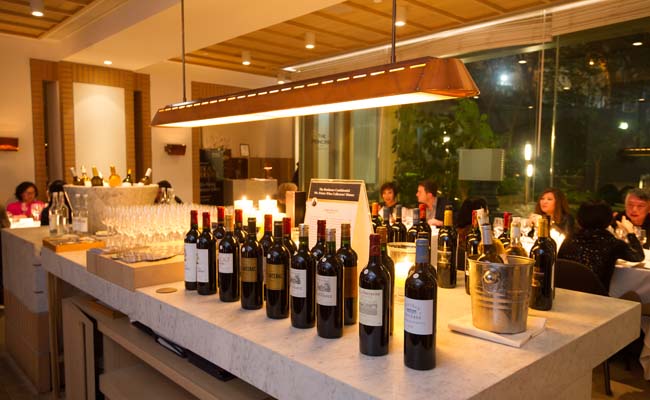 A Grand Tasting the following night at the Island Shangri-La followed by another sold out dinner at The Principal followed the invite-only event. At the prospect of two dinners at the French restaurant, Suckling playfully said, “Chef Mikaël’s food was so delicious, I don’t mind eating it all again!”