By Rebecca Cairns April 07, 2017
Get out of the city and into the jungle 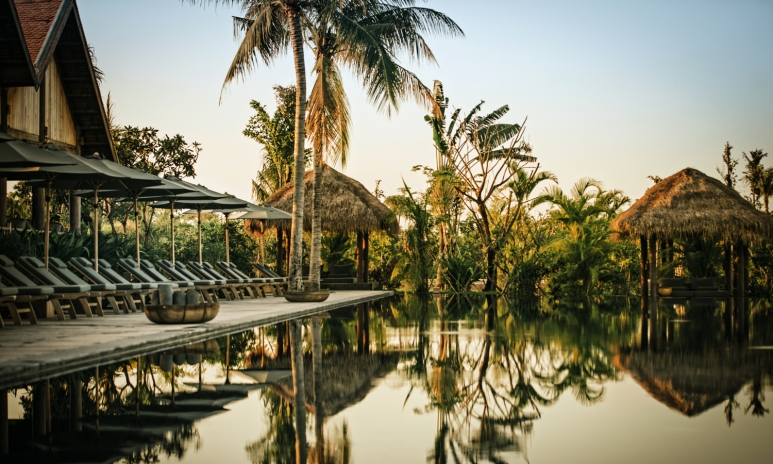 Everyone goes to Siem Reap for Angkor Wat, but there’s so much more to this small Cambodian city than meets the eye. Here’s how to escape the bustling centre and explore beyond the beaten track.

Stay in an authentic Cambodian retreat 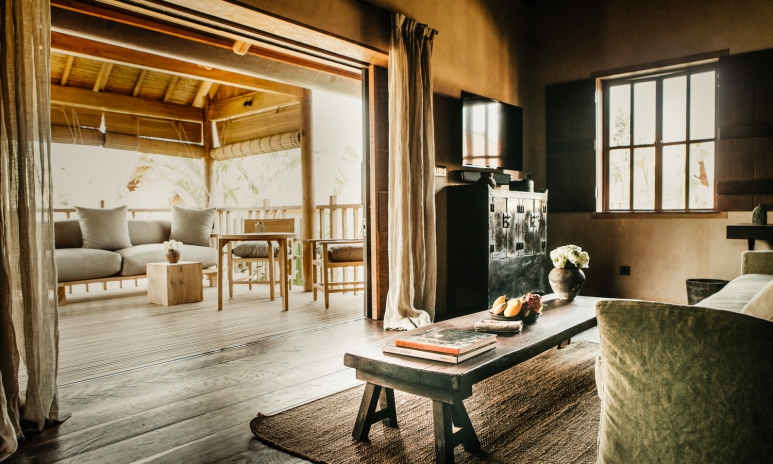 A luxurious resort with traditional Khmer-style stilted huts is the ultimate place to relax during your stay in Siem Reap. Phum Baitang is a green village only 20 minutes to the town centre by tuk-tuk, yet surrounded by quiet countryside.

Each of the huts features a stylish living space with an open-plan bathroom and balcony area. Additionally, 26 of the rooms have an intimate private plunge pool for you to enjoy a secluded dip. 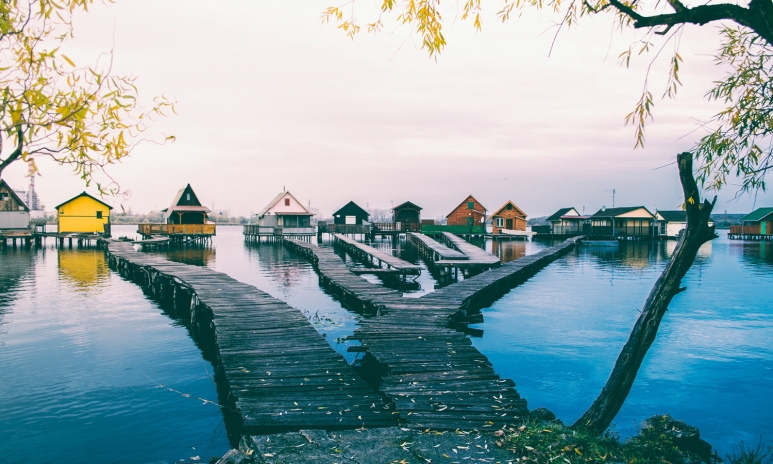 It’s the largest freshwater lake in Southeast Asia, and was declared a UNESCO biodiversity reserve in 1997. On the edges of the lake are mysterious mangrove forests and floating villages: a trip to the lake can provide an insight into some of the more rural communities in Cambodia.

Make the excursion even more memorable by taking a private cruise in the late afternoon and watching an unforgettable Cambodian sunset. 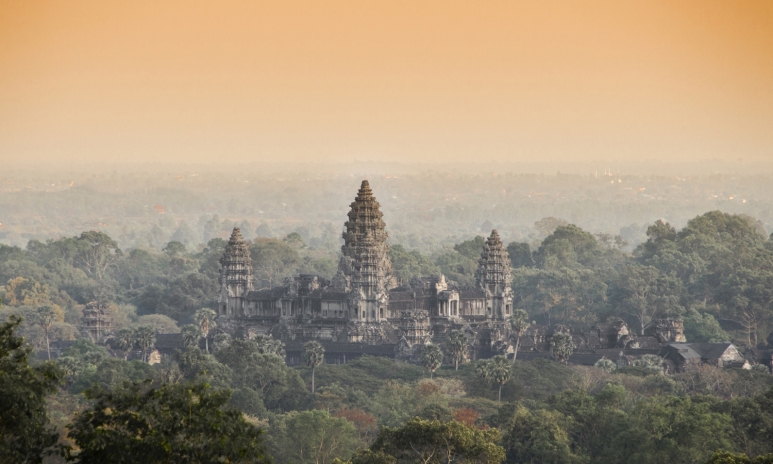 There’s a reason everyone comes to Siem Reap to see Angkor Wat: it is a truly awe-inspiring temple complex, and the largest in the world.

But if you’re looking for a unique perspective, take to the skies in a helicopter and view the UNESCO world heritage site from above. It’s the ultimate way to avoid the onslaught of tourists and get a truly one-of-a-kind experience. 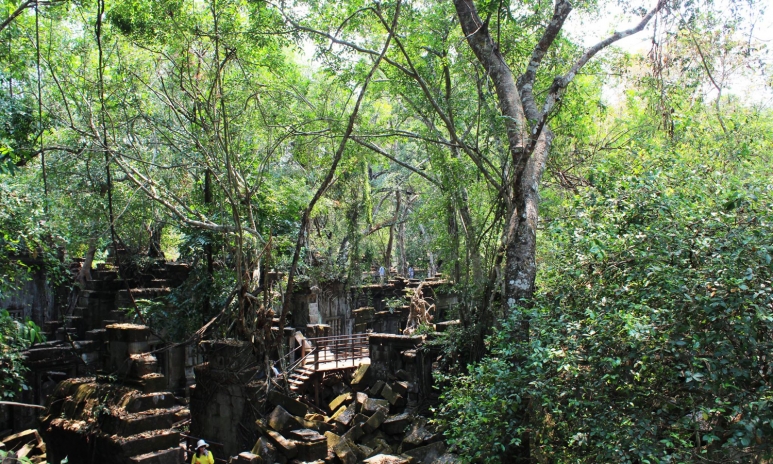 Siem Reap has so many more temples beyond Angkor Wat. While everyone else is taking selfies at Ta Prohm, the Tomb Raider temple, hire a vintage jeep and head to Beng Mealea, which is an actual jungle ruin.

Accessible only via a wooden boardwalk, the temple ruins are completely overgrown with moss, trees and vines. Even on the weekends, it’s relatively quiet, and a great demonstration of the power of nature. 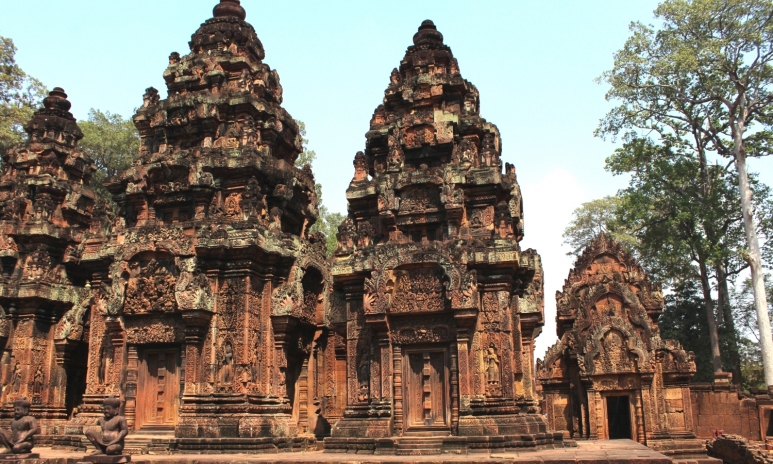 Back in the 1930s, the miniature-scale temple Banteay Srei became one of the first to be restored with the ‘anastylosis’ archaeological method, which uses as much of the same materials and building techniques of the original architecture as possible.

While the excellently-preserved intricate carvings and warm red sandstone have made it one of the most popular temples outside of the city, the sparse facilities and 60km distance from Siem Reap mean you’ll be unlikely to share the complex with more than a handful of tourists at a time.

Head into the jungle 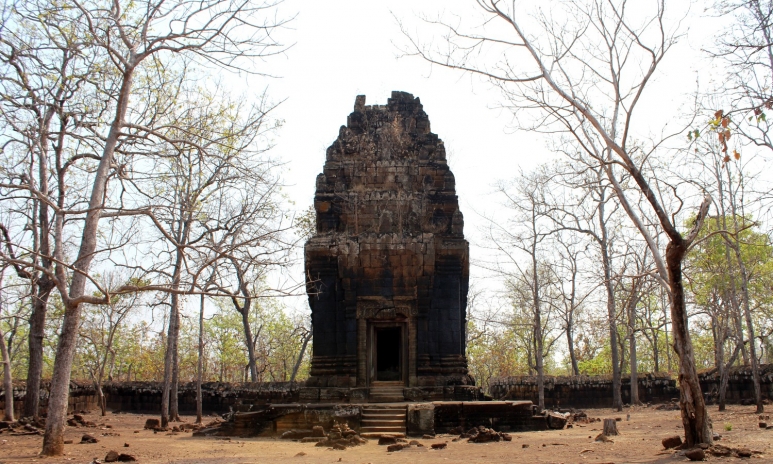 Koh Ker is a 1,000-year-old seven-tier pyramid that was largely forgotten after its heydey as the former capital of the Khmer empire in AD 928. The complex lies 130km north of Siem Reap and boasts over 40 temples, most of which have been taken over by the jungle.

The distance and ruined state of many of the temples mean you are unlikely to see many, if any, other tourists there. Climb to the top of the Koh Ker pyramid for amazing views over the Cambodian forests.

Another well-preserved and striking temple in the complex is Neang Khmao—small but notable for its distinctive black colour, it’s worth stopping at on your way to the pyramid. 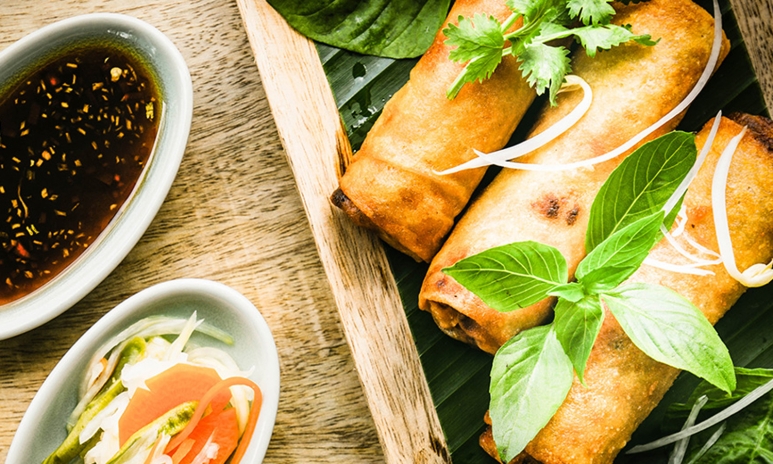 One of the best ways to get the flavour of a place is the food, and the ‘Khmer market’ dinner at Bay Phsar provides a uniquely customisable menu that allows you to sample the freshest local food cooked to order.

With a focus on sustainable practices and eco living, the restaurant limits waste and controls the quality of its produce by filtering its own water and growing its own rice, organic fruit and vegetables which are used in the fine dining restaurants in Phum Baitang.

Relax at the Golf Course 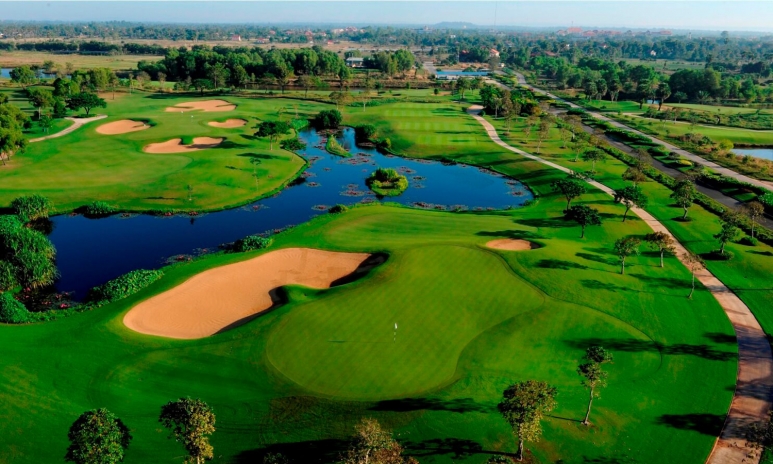 Only five minutes from Phum Baitang retreat is the Angkor Golf resort. Opened in 2008, the 18-hole golf course was designed by English golfing legend Sir Nick Faldo and boasts stunning greenways for a friendly game.