When the final candle has been snuffed out, and the last of the 300 guests have been ushered out, two special guests will get ready for bed in the 15th century Danish castle that served as the setting for one of Shakespeare's most famous tragedies, Hamlet 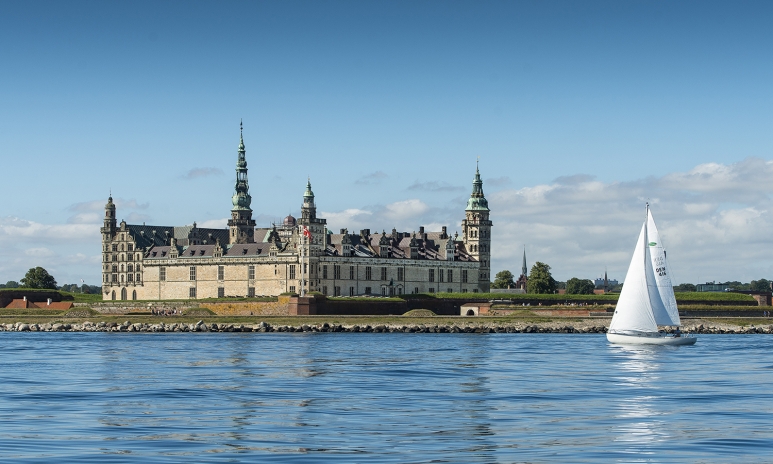 To mark the bard's 400th birthday April 23, Kronborg Castle, has listed itself on Airbnb, where travelers of the most literary kind can apply for the chance to spend the night at the home of Hamlet.

The UNESCO World Heritage Site is located on a narrow promontory between the coasts of Denmark and Sweden, and is best known for having been immortalized as Elsinore in Shakespeare's longest, and arguably most powerful plays.

It will be the first time in a hundred years that anyone has spent the night at the castle.

But given the occasion, the castle is making an exception and throwing a party fit for, well, a king.

For the fete, the ghosts of Hamlet and Horatio will be resurrected. The Prince of Denmark will host a lavish soiree for 300 guests that will include a seven-course banquet featuring dishes like asparagus with oyster emulsion; boneless quail with figs and apricots; and lemon soufflé.

Danish actors, singers and writers, as well as The Royal Danish Ballet have also been tapped to entertain the guests.

When the party winds down, the two specially chosen guests will retire to the King's Tower where a canopy bed and a view of the castle moat, the starry Danish sky and the Swedish coast, await them.

Kronborg Castle is the latest in a string of unusual and surprising accommodations listed on Airbnb.

Last week, the Paris aquarium posted a listing offering fearless guests the chance to sleep underwater with the sharks in a clear, cylindrical bedroom.

For Kronborg Castle, candidates must contact the host, ‘Prince Hamlet' and tell him why they'd like to spend the night by 11:59 pm April 13.

The contest is open to anyone around the world, as winners will be flown in.

More information can be found on the Airbnb listing.