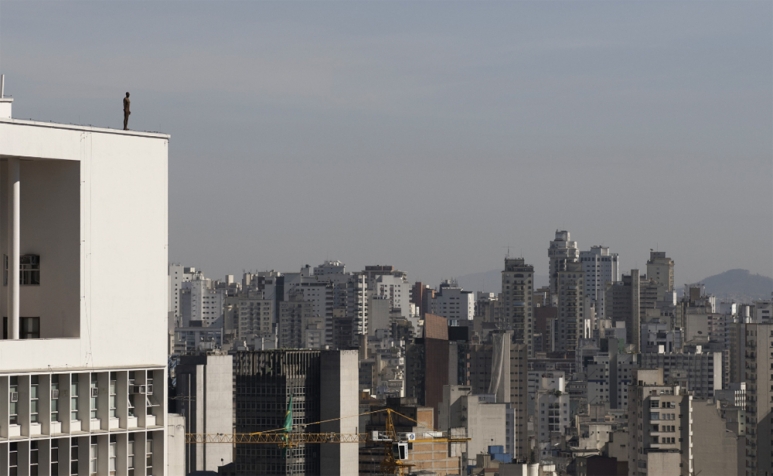 This November, 31 life-size body “naked man” statues by British artist Antony Gormley will be perched on the rooftops around the city as part of his exhibition titled Event Horizon.

Shaped in the body form of the artist himself, these iron-and-fiberglass-made art pieces were first shown in London in 2007, followed by places such as Rotterdam, New York and São Paulo.

Originally scheduled to be displayed in Hong Kong over a year ago, the debut was cancelled when a trader jumped to his death in Central, prompting the original sponsor to pull the plug on the exhibition last year. Despite criticism that his sculptures bring to mind individuals on the brink of suicide, Gormley has refuted claims that the statues have any connection to that.

According to the artist, the project aims to explore the concept of watching and being watched, encouraging passerby to ‘look up at the imposing figures while standing under their watchful gaze simultaneously.

As the largest public art project to be installed in the city so far, Event Horizon is presented by British Council Hong Kong with support from landlords and welcomed by the SAR Government for this second attempt to display the installations.

“Through the catalyst of Event Horizon I want the city of Hong Kong to become a place of reverie that invites reflection on human nature and our place in the wider scheme of things,” says Gormley.

31 sculptures looking out into space will be mounted at both street level and building tops across Hong Kong’s Central and Western districts, questioning how the built world relates to an inherited earth.