7 Top Places to View the Northern Lights (Before They're Gone)

This year is likely to be the last opportunity to see the Northern Lights in their full glory for a decade or so as they are about to enter a quiet cycle. Experts predict nature will put on a spectacular going-away show in the coming winter. We go in search of the best places to view the Aurora Borealis. 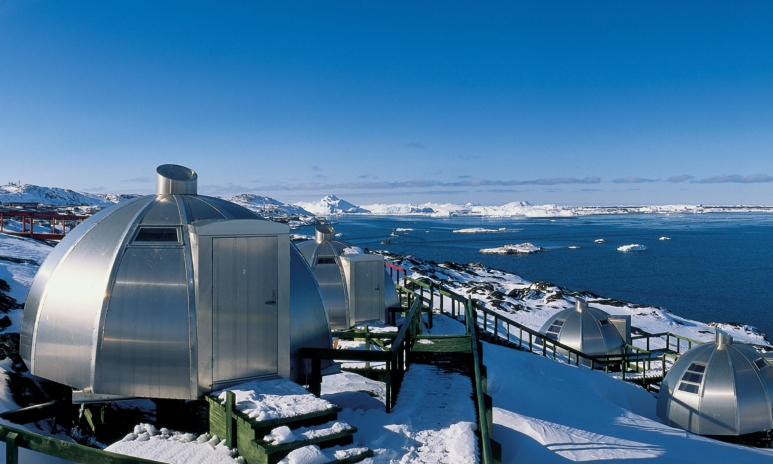 Hotel Arctic is the northernmost four-star hotel on earth (tragically there are no five-star hotels inside the Arctic Circle … yet). As well as being a superb destination from which to view the Northern Lights, it’s also situated on Disko Bay, which is filled with one of the world’s most spectacular collections of icebergs (or ilulissat in Greenland’s language). So it’s a feast for the eyes both day and night. 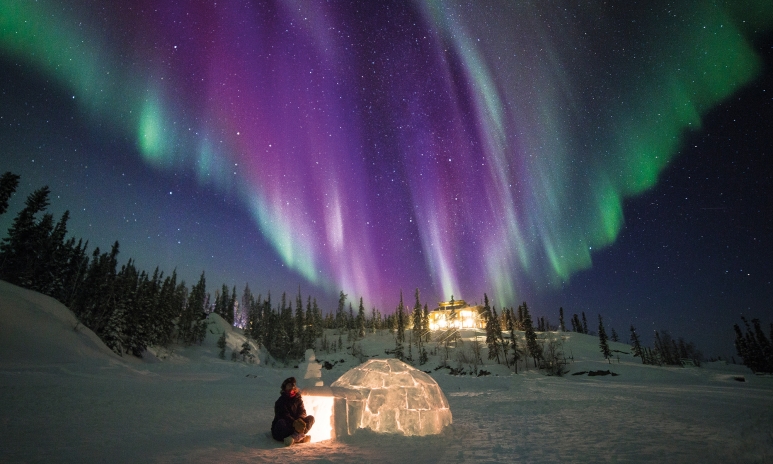 The Duke and Duchess of Cambridge stayed at this luxurious country lodge on their Canadian tour, and if it’s good enough for royalty, then it’s good enough for us. We bet Kate and Wills watched the lights in their private hot tub, although we’re not sure their security detail would have let them camp outside in one of the lodge’s tents complete with roaring log fire within. Just one of the many downsides of being the future king and his beloved. 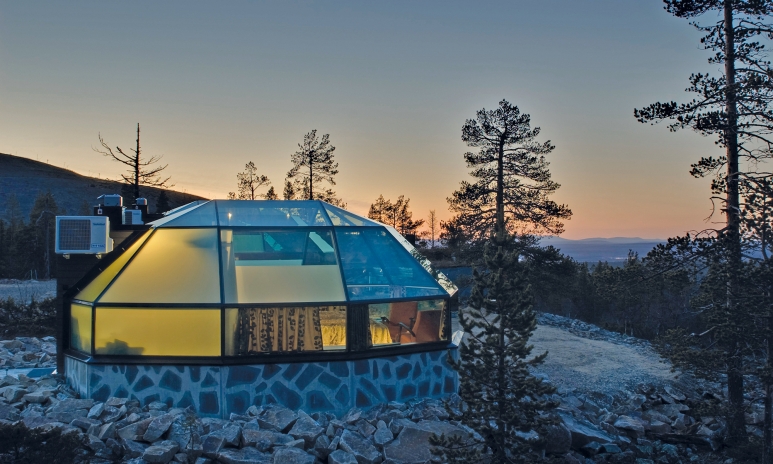 Inside is like the Palace of Versailles, outside is one of the world’s most dramatic skyscapes—a tantalising combination. Levin Iglut is built mostly underground in an effort to reduce light pollution, but each room has a glass roof and features every element of luxury you could wish for, from satin sheets to a comprehensive drinks fridge. So forget about tramping through the cold and snow to experience the Northern Lights; do it from the comfort of your own well-heated bed with well-chilled champagne on hand. 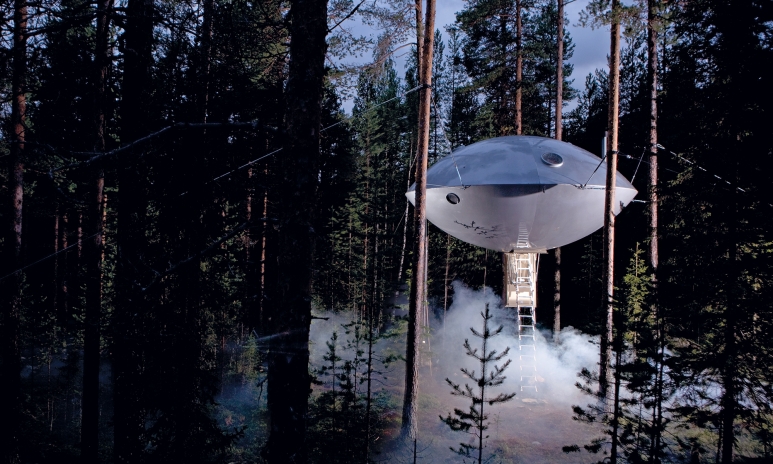 Planning on getting a record number of likes for your photos but concerned you’re not a total pro with a camera? Well, then, head north to Treehotel, which as well as being located deep in northern Sweden’s pine forests offers a Northern Lights photography package. Professional photographers will sit with you and help set up every image. Oh, and the individual tree houses all have amazing names like the Bird’s Nest and the Dragonfly—our favourite is the UFO, because, well, that’s exactly what it looks like. 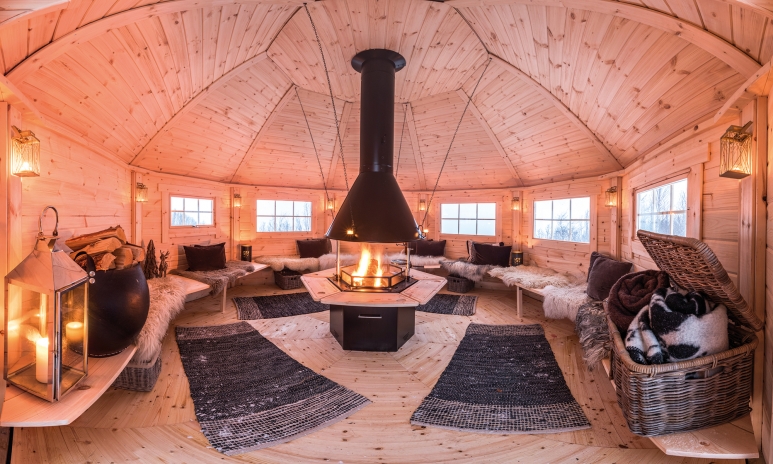 If you think visiting the Arctic Circle is all lounging around sipping aquavit while waiting for the next light show to begin, think again. The activities available at Lyngen Lodge, nestled in Lyngen Fjord, are endless. You can go dog sledding, take a boat safari through the fjord, or go snowmobiling, snowshoeing, mountain climbing or cross-country skiing. Just make sure you’re not so exhausted by nightfall that you sleep through the Aurora Borealis. 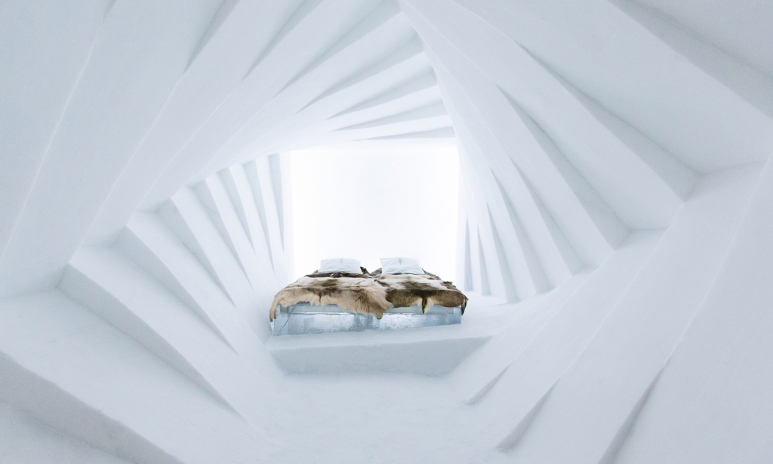 Constructed annually from 30,000 cubic metres of ice and snow, Icehotel is as authentic as a trip into the Arctic Circle gets, with indoor temperatures averaging a bone-chilling -7C. But fear not. You’ll be kept toasty warm with thermal sleeping bags, reindeer skins, hot chocolate and, most importantly, shots of home-brewed gin. If the lights aren’t coming to you, you’ll be taken to them on overnight excursions—and you get to pick the mode of transport, with the thrilling options ranging from snowmobiles to 10-husky-strong dog-sled teams. 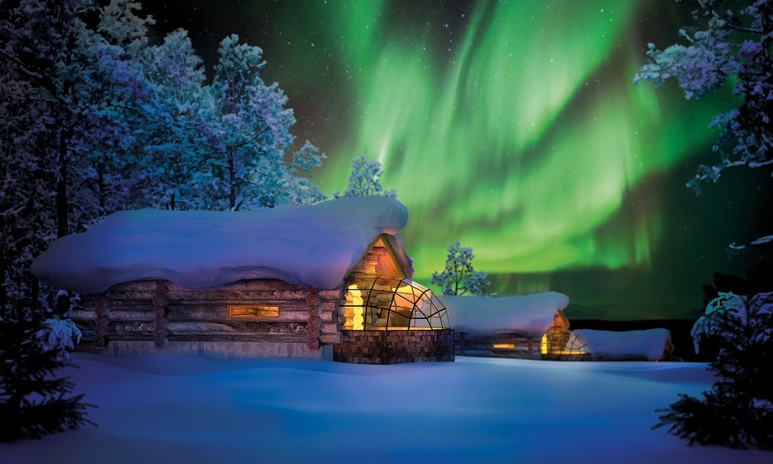 Really, an igloo village sounds more like something you’d read about in a children’s book and less like somewhere you’d visit as an adult. But this charming hotel proves that assumption wrong, and its location recorded sightings of the Northern Lights on an impressive 250 nights last year. Each of Kakslauttanen’s cosy subterranean igloos has a big bed, a well-set-up viewing area—and vast windows that have been specially designed to ensure they don’t steam up just as the show is getting started.