In the midst of preparing for Lies and Light, his first solo show in Asia, Spanish artist Javier Martin sits down with us to discuss art, luxury and politics 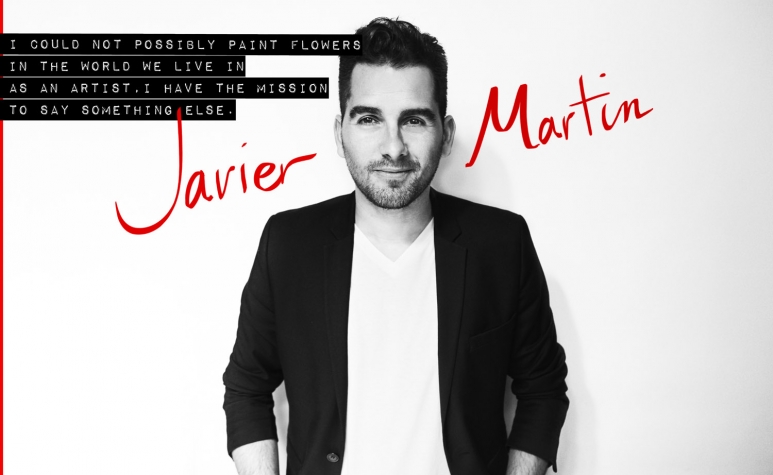 Before the extended hand, the first thing you notice when meeting Javier Martin is his broad and engaging smile. As we sit down and begin to talk, it is apparent that Martin is a happy man who, despite having arrived from Miami only two days earlier, seems totally unaffected by the long journey, let alone the jetlag.

“I really like the energy of Hong Kong; it’s crazy here, but crazy in a good way. It’s the sort of energy that I need. The cultural mix and the contrast between the dense city and the peaceful outlying islands inspire me a lot,” says Martin, excited to be back in Hong Kong to prepare for his upcoming solo show: Lies and Light. 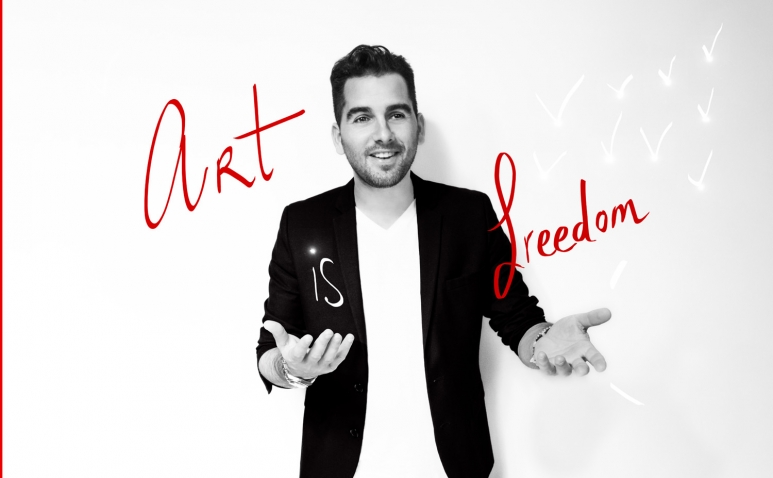 Clearly the artist has come a long way since his childhood in Ceuta, a small autonomous Spanish city on the northern coast of Africa. “I did not study and started to work very early because I never wanted to lose my mission, my dream: painting. So I painted and painted. I am self taught and learned everything on my own, from painting to sculpture.”

Art has undoubtedly always been the driving force in his life; there is passion in his voice. “This is who I am – I live for art. Either I make art or I die. I have nothing else to give because all my heart goes into my art. For me, the most important thing is moving people inside. Art is freedom.” 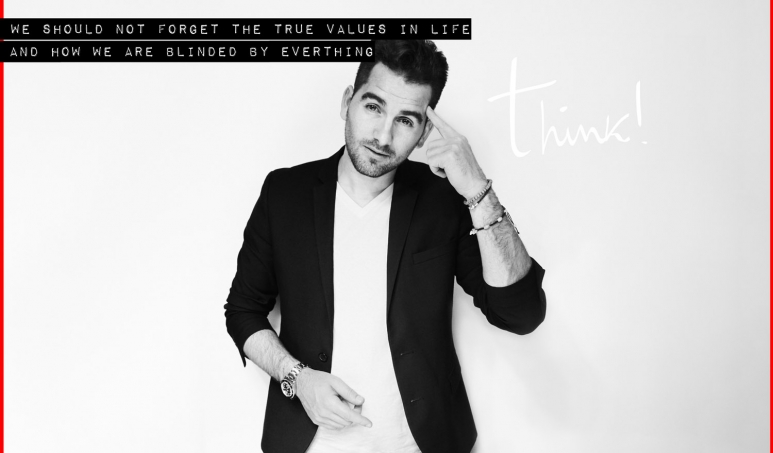 By the age of 9, Martin had already received CAJA Madrid’s award for Spain’s best young artist and his first significant breakthrough came only a decade later in Paris when he showcased works at Maison & Objet, the international design and furniture fair. Today, Martin’s work can be seen in exhibitions in major cities across Europe, America and Asia. “All this did not happen so fast. I have been making art for over twenty years now. This is my whole life,” his modesty compels him to point out. Despite traveling often for shows, the artist has chosen to settle in Miami, a vibrant city that allows him to be close to New York and Latin America, where he is developing new projects.

Lies and Light, opening on March 25 at Loft 22, will continue Martin’s exploration of notions of beauty and superficiality in an attempt to rediscover meaning and truth. Old works, including a few LV Rifles – weapons made of original Louis Vuitton bags – and pieces from the Blindness Collection, will be showcased alongside Universe, a new video created exclusively for this exhibition. Universe will poetically conclude the show with slow-paced images of space travel interlaced with naked bodies. 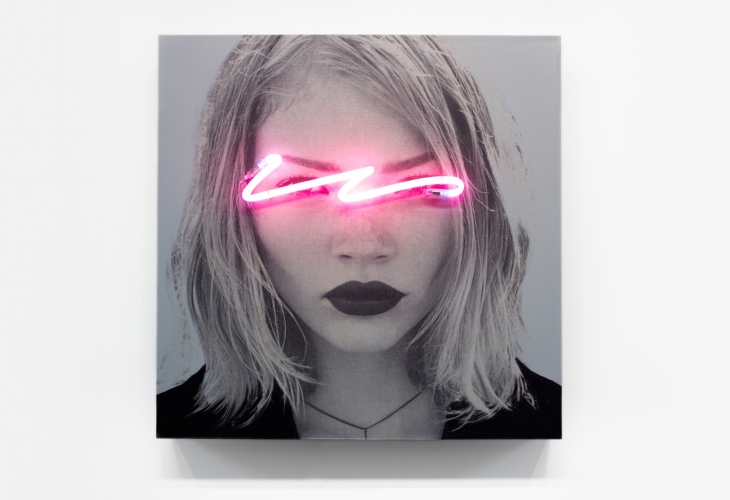 “All the works up to this point address questions of blindness and superficiality whereas this video is about being human on a more fundamental level. It is very pure.” Stripped of luxury emblems, the video aims to create contrast with and reveal the essential within Martin’s otherwise opulent realm.

This is a world of excessive materialism where pictures of beautiful girls, neon lights, mirrors and Louis Vuitton bags adorn the walls of the gallery. The works are unapologetically flashy, glossy and commercial and it is precisely this deceptive quality that gives the works their strength. “We live in a superficial world so I use these beautiful things to draw people in,” Martin confesses. “When people see something that is very difficult or disturbing, they look the other way.” 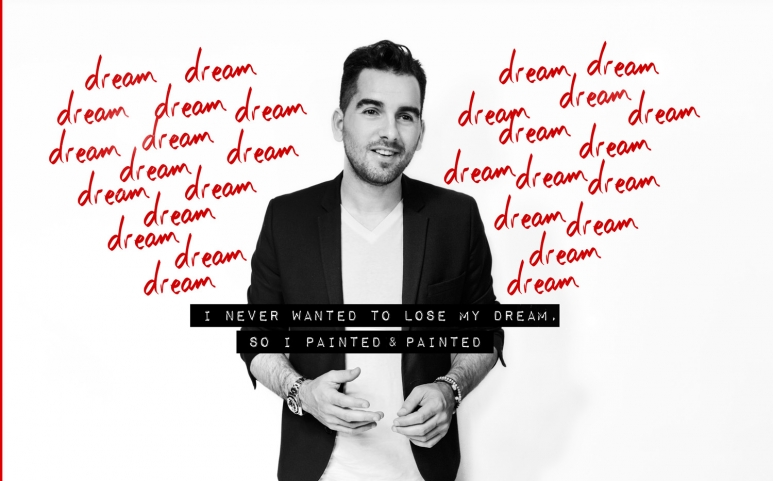 Martin's works are unapologetically flashy, glossy and commercial and it is precisely this deceptive quality that gives the works their strength.

Isolating, displacing and enhancing everyday imagery and objects and elevating them to the status of artwork harkens back to Pop Art, when artists of the twentieth century were attempting to make sense of the capitalist surge in mass production. Employing similar mechanisms, Martin explores the resulting cult of consumption that he sees as a condition of our money-driven century. 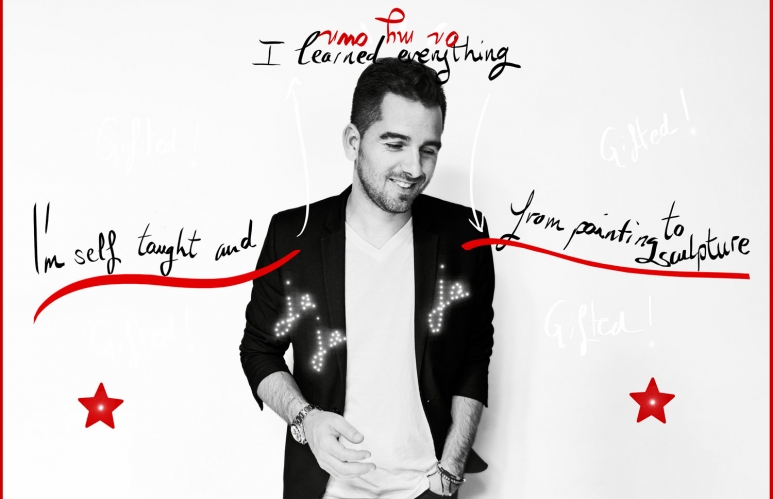 Here, we are only a short leap away from Jeff Koons’ mirrored balloon dogs and Sylvie Fleury’s golden shopping carts. “I think that money is a tool for power and control. People see in money another god, a social god. They are blinded by consumerism and the idea of wealth. It is so important not to lose our reality and to reflect on what beauty is. We should not forget the true values in life and how we are blinded by everything.” 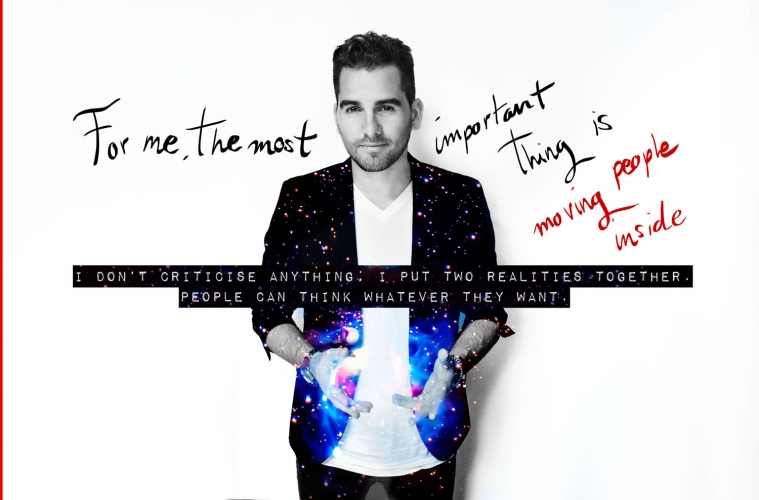 Under the works’ polished surface, the message is profoundly political yet carefully steers clear from a denunciatory tone. “Art has a purpose; it should not just be beautiful. As an artist, you have responsibilities. I could not possibly paint flowers in the world we live in. I have the mission to say something meaningful.” Through juxtaposing mundane realities – be they weapons with monogrammed leather handbags (LV Rifles) or cash machines with prayer benches (La Plegaria) – Martin seeks to generate a critical reflection on the socio-economic ramifications of the luxury industry.

“Art has a purpose; it should not just be beautiful. As an artist, you have responsibilities. I could not possibly paint flowers in the world we live in. I have the mission to say something meaningful.” –Javier Martin 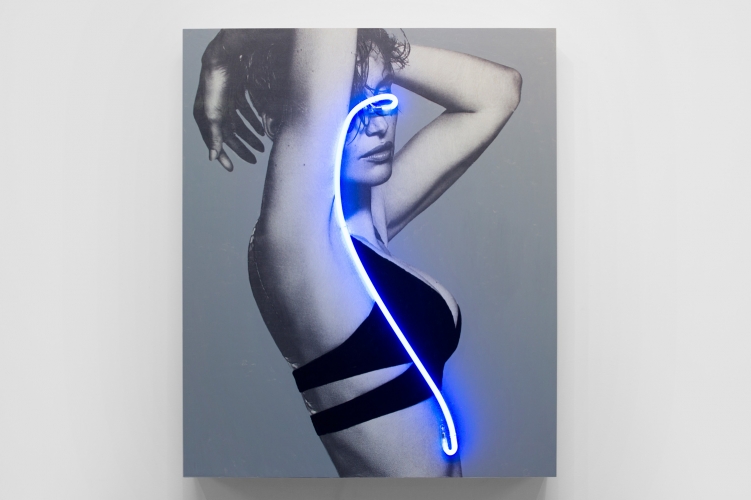 Martin’s practice however still begs the question of circularity. Does collaborating with the merchants of consumerism not necessarily prevent a truly analytical and critical outlook? “Every platform is a good platform to convey my message to more people,” asserts Martin. “I like that these multinational companies have the power to communicate a message and choose to be challenging and innovative.”

At this point, he pulls his phone out of his pocket and shows me a picture. It is the rendering of a new building in downtown Miami, a façade of which is entirely covered by one of his works. Assuming the form of a larger-than-life billboard, this piece furthers Martin’s ten-year going Blindness Collection on a new scale, both in size and technology. 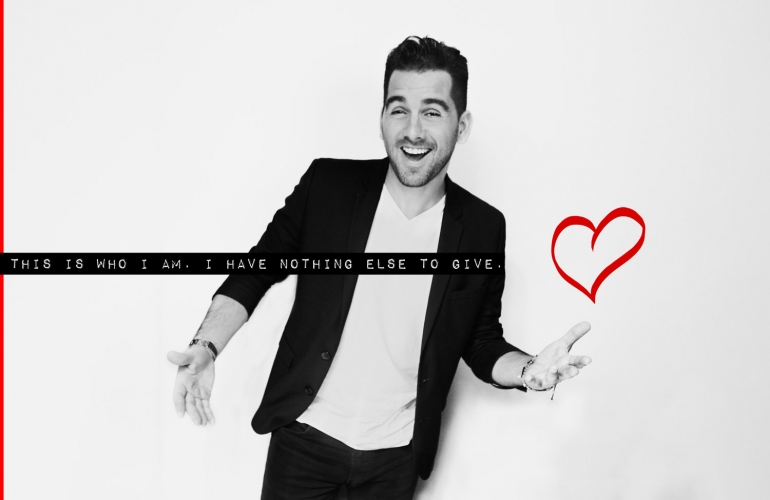 Here, a looped video displayed on a three-storey-high screen will serve as the blindfold, replacing the paint and neon lights of previous works, in a bid to respond to our generation’s obsession with social media and digital technologies. With the inauguration set for 2018, it is yet to be seen if the scale of this permanent public artwork will veritably add to the impact of its message. While the sheer ambition of this project in itself deserves praise, the on-going debate remains unsettled as to whether using the system as a means to challenge that same system is a successful mode of critique. 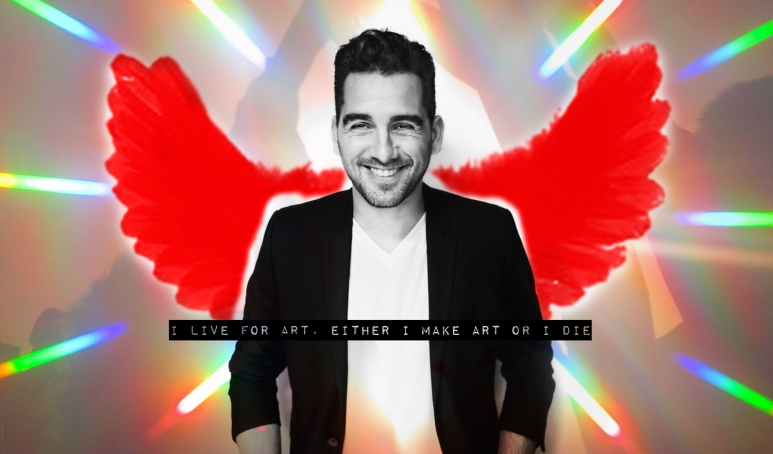 However, the argument that the artist is in fact being played at his own game is a valid one and it is for this reason that I hope to see more of Martin’s purer, more contemplative aesthetic in the future. It is with works like Universe that Martin’s oeuvre has the potential to transcend this limitation. This alone has the capacity to open new and meaningful avenues to engage further with the discourse on superficiality and truth in contemporary society.

Lies and Light, co-presented by Above Second and Uniplan, will open on March 25 at Loft 22 in California Tower, and run until April 2.