The giving and receiving of red packets is a minefield of potential social errors, make sure to read our guide before you venture out this Chinese New Year

A couple of weeks ago, a friend and I were reminiscing about the movie Joy Luck Club. While the movie may be dated, there are certain cringe-worthy moments that continue to ring true, like when the foreign boyfriend orders a beer at dinner while everyone else sips tea. Every foreign culture is a minefield, but it does seem that Cantonese culture is filled not just with mines, but also pot holes, just waiting for the unwitting outsider to fall into.

And Chinese New Year, being the most important holiday for the Chinese, is particularly troublesome. For it’s not like Christmas where everyone is filled with the spirit of forgiveness. Rather, if you commit a cardinal sin such as mentioning death on the first day of the new year, you would have ruined someone’s whole year and every single one of their misfortunes that year will be attributed to you.

Find out what some other Chinese New Year no-no's are here.

During Chinese New Year, one of the most important rituals is the giving and receiving of lai see, but this is also an area where foreigners are most prone to embarrassment. With this in mind, here is HKTatler.com’s handy guide to having a profitable and gaffe-free Chinese New Year.

It is unlikely that you will ever receive any lai see without greeting someone with a pleasing, auspicious phrase. While kung hei fat choi (which means “may you prosper”) will do for most generic situations, it is really only the first half of a sentence. Most Chinese people will follow up with another four words, depending on whom they are speaking to.

- Hock yip jeung bo: meaning “may your studies improve”, this is applicable to all children. But probably not to 30-year old graduate students, as it can seem patronising.

- Qing chuen seung jue: meaning “may your youth be everlasting”, this is what you say to any woman. Particularly popular with vain mother-in-laws.

- If you’re speaking to someone who you’re not sure makes a living, is not a woman nor a child, then the all-encapsulating sun tai geen hong will do. That just safely means, “may you have good health”.

- Finally, you will get bonus points if you clasp your hands together in front of your chest and and shake them up and down gently while you say your Chinese New Year greetings, like the children below. Dressing up, however, is not necessary. 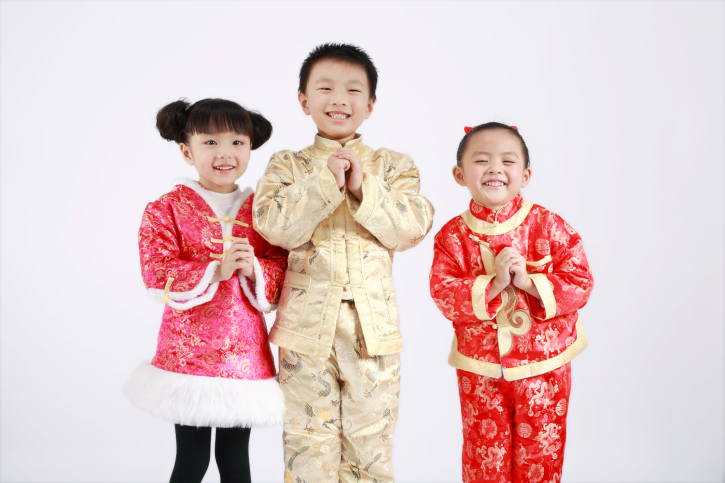 During Chinese New Year, it is customary to give out red packets filled with money. This is usually limited to married couples, but there are a few exceptions. Here are the general rules.

- A question we are often asked by newcomers to Hong Kong is how much to put in these red packets. While this is entirely up to your discretion and generosity, a good rule of thumb is that HK$20 is for someone you don’t know well, nor expect to see often, for example a car valet at a hotel you rarely go to.

- HK$50 is for someone you know a little, but don’t interact with on a regular basis, for example, the child of your third cousin, twice removed, who lives in Finland.

- HK$100 is probably the most common and should be given to those you interact with on a regular basis, especially in the service industry. The manager at your favourite restaurant or your preferred hairdresser, for example, should be given at least HK$100.

- HK$500 are usually for the children of your close friends, or for someone who has really helped you out at some point last year.

- HK$1,000 are quite rare, usually reserved for one’s own children.

- If there is someone who doesn’t quite fall into one of these exact categories, it is perfectly acceptable to give them two lai see packets instead. The most common is to give someone HK$200 by handing them two, single HK$100 packets.

- Most Chinese families will have their family name on the lai see packet. If you’re not Chinese, then it’s fine to have either a plain red one, or one with the character for fortune written on it (like the ones below). A lot of luxury brands also hand out lai see envelopes, which unless you own that particular brand, has always struck us as a little odd. 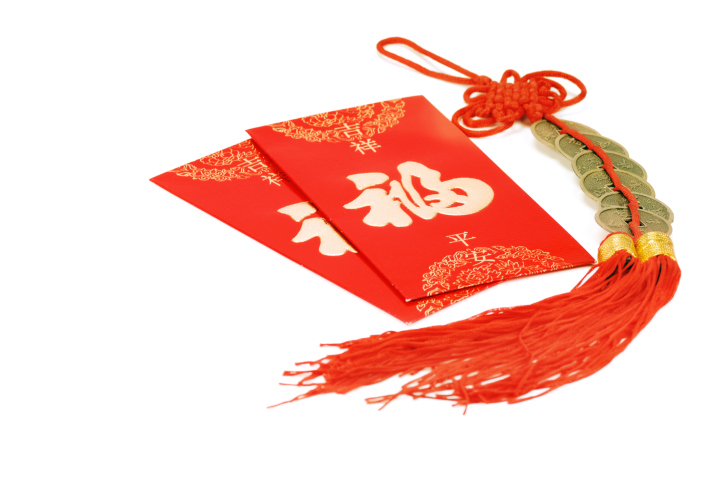 - It is, however, always useful to have the different denominations housed in differently designed red packets, so that you can quickly and gracefully discern whether you’re giving away a HK$100 or HK$1,000.

- While most people are happy either way, it is a nice gesture to go to the bank and get crisp new banknotes to put in your red packets.

- While we did say that lai see are usually given by married people, some single people do give red packets to people that regularly serve them throughout the year, for example security guards at their building, their pedicurist, the driver, etc. This is also true if you are the boss. Single or married, you must give out lai see to your team.

- If you feel uncomfortable giving out red packets as a singleton, then a gift is also appreciated. Something sweet and gold are usually preferred, hence the ubiquity of Ferrero Rochers at every Mannings and 7-11 you see during this period.

- A lot of people go away on holiday during Chinese New Year, but make no mistake, even if you’re gone until March, you will not escape giving out lai see the first time you see people in the new year. People will remember and it’s just tacky to try to avoid it.

While one can certainly expect to receive lai see during the Chinese New Year period, there are still a few rules to follow.

- First and foremost, always receive your lai see packet with both hands. Never accept a red packet with just one hand, like the picture below. 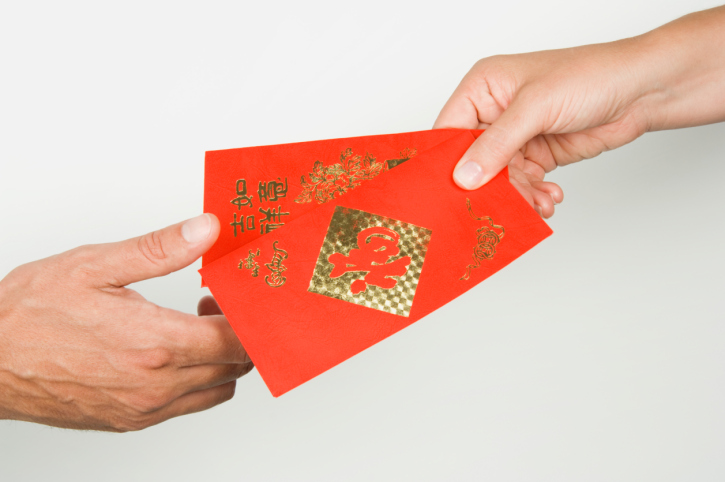 - Chinese New Year is not Boxing Day. Never, ever open your lai see packet in front of anyone, especially not the person who just gave it to you. If you have children, make sure you instil this paramount rule in them before you let them leave the house during the Chinese New Year period.

- While this has never happened in the Tatler office, we were recently told of a truly shocking scenario by a friend. Apparently, every week after Chinese New Year, a few of her colleagues would have impromptu bring-your-child-to-work day, lugging their children around to everyone’s desks and expecting a payout. That is just transparently greedy, and not adorable or charming in the least.

- In other office-related lai see etiquette, lai see is usually only given if the giver already knows you and interacts with you regularly. It is the height of gaucheness to go up to say, married Bill from accounting, whom you have never spoken to, and holler kung hei fat choi in his face with your hand out.

- Sometimes when you visit someone’s home during Chinese New Year, you may notice some lai see packets lying around, perhaps tucked into a box of treats like below. These are not for you, they are decorative. 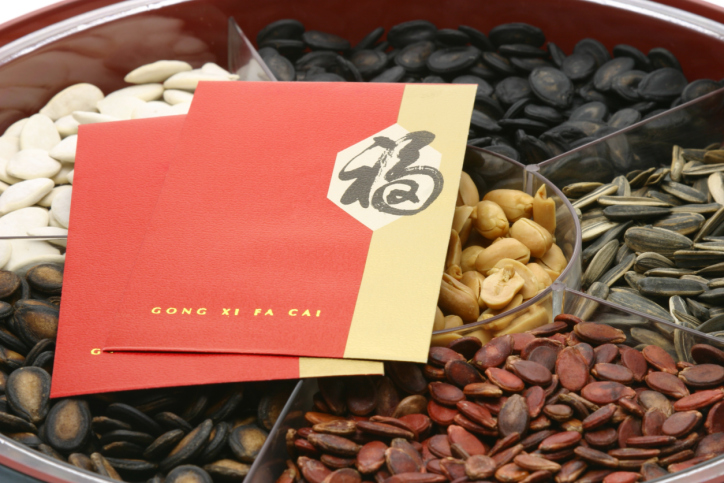