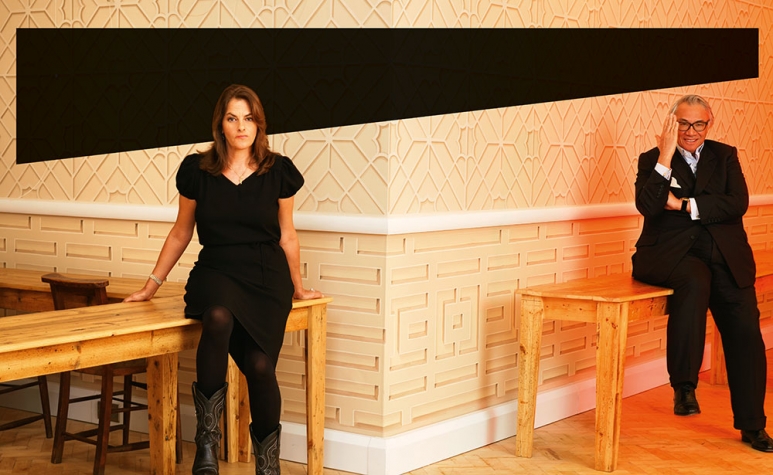 We know that up till 1995, when she was 32, Tracey Emin had slept with 102 people. Tracey confessed this in her work Everyone That I Have Ever Slept With 1963-1995, with all the names appliquéd onto a tent. But the work went up in smoke, because the warehouse in which it was stored went up in smoke. She had been asked to replicate it, and perhaps bring it up to date. But Tracey never obliged. I hope she changes her mind, because if she did one now, I could claim to be a name, as I have slept with Tracey.

The circumstances of our intimacy were both suspicious and compelling. Both of us had been staying on a friend’s boat on the Adriatic. After dinner on the first evening, I was dog-tired and went straight to bed in my cabin. I was dreaming that I was being surrounded by a vast gathering of moving ants, and in total darkness I opened my eyes to feel my right arm besieged by pins and needles. I wasn’t able to move my arm as there seemed to be a dead weight on it and, even more curiously, I felt a body of mass next to mine, all the way along from my torso to my legs. As my hand couldn’t reach the table lamp, I held up, in desperation, my luminous watch on my left arm and shone it onto my adjacent mass. I then realised that a whole person was sleeping next to me with her head on my right arm. I shook my arm and asked in semi-amazement, “Who is this?”

The alien body stirred and a mass of hair rose up in front of me. The dead weight lifted and, looking up, I saw, still in semi-darkness, a silhouette of a woman, and heard her half-grunting noise. With my arm freed, I managed to switch the light on. Then, like an apparition, I saw the face of Tracey Emin from her parting hair. “What the devil are you doing here,” I slightly screamed. “I don’t know!” she replied, jumping out of my bed with a sheet around her naked body. 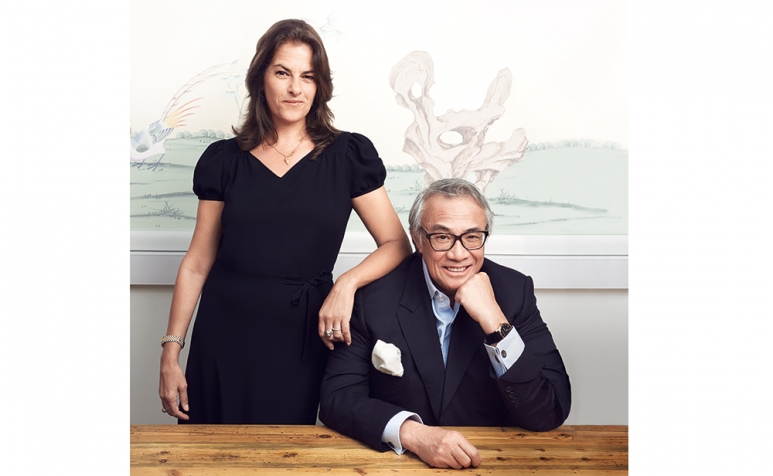 This night of unintended consequences brought Tracey and me together in a way that a real night of passion might have otherwise sealed our relationship. The fact that it was counter-factual has actually marked the incident more. Tracey and I never stop giggling on the recount of this amusing tale. So this was the first story we told at the China Exchange when Tracey gallantly agreed to come and talk to me in front of an audience.

I started off by asking Tracey to say anything she might like to, for as long as she liked, and however she might have wanted to say it, when she sarcastically interrupted me by saying, much to the amusement of the audience, that she would be lucky to be able to get a word in edgeways over my verbosity. So I was squarely put in my place and Tracey immediately took command of the platform on which we sat. Her voice was paradoxically soft but authoritative. Her posture was still yet assertive. She smiled a beguiling smile, tilting her head, but she was serious. She simply seized the stage and the attention of the entire audience.

Tracey has always looked exotic. Her exoticism is explained by her Gypsy roots, with her father born of Turkish Cypriot descent and, more astonishingly, a paternal great-grandfather who had been a Sudanese slave. This was documented in an episode of the BBC series Who Do You Think You Are?, which sets out to trace individuals’ ancestry with meticulous research. Her liquorice-allsorts DNA somehow explains to me the alluring face of Tracey Emin: deep-set eyes set upon strong cheek bones, with lips that curl like a tempting snake, all shaped below a mane of glistening black hair whose shadowy darkness shines across her face. 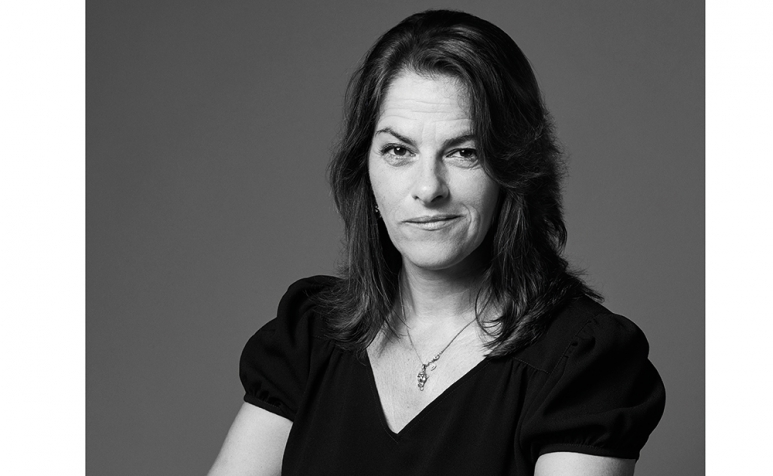 “What do you mean you grew up quickly?” I asked.

That gave a glimpse of Tracey’s desire to experience life first-hand rather than learning things second-hand through books. When she was a child her father had a Zodiac, a wonderful Ford car with receding fins at the back, and took the family on a driving journey all the way to Turkey. She loved it. With her brother, she sat on a makeshift bouncing seat and saw the continent as it unfolded in front of her eyes. She loved seeing foreign things and she knew she had a thirst for curiosity. All this time, her youthful subconscious was soaking up the kaleidoscopic images of life, which clearly influenced her artistic sensibilities as she grew into an artist.

She was not so happy back home in southeast England. Although Tracey loved Margate and still adores it, as it is her home where her mother still lives, she knew the seaside town was a backwater and, at 15, she left for London. She didn’t like London at first, having to survive by doing menial jobs like selling shoes, which she hated because she regularly came across “smelly feet.” But being homeless and by loitering and sleeping rough, she discovered around the Warren Street area, where there were a lot of students from London University and other schools, people with artistic inclinations. Their knowledge impressed Tracey. She began to notice the need for education, as all these people were interesting because they seemed to know what they were talking about. So she became determined to acquire an education.

She enrolled at the Medway College of Design. Tracey was not technically qualified at all because she had not passed a single exam. But in the days before computer checks, she fudged her admission and ended up reading for a diploma in dress cutting, more or less by showing her future tutor that she had designed and sewn together what she was wearing at her interview.

“Everything is external to me, except art, which is with me all the time. Even at my lowest and darkest ebbs, art has saved me." — Tracey Emin

Tracey was not, however, about to become a pattern cutter. After Medway, she knew she had to study art and soon discovered the Maidstone College of Art, an institution that was not totally unfashionable at the time owing to its rebellious overtones. There she met Billy Childish and learnt to think against the trend and the establishment. She resented Thatcherism and right-wing politics, eschewing the idealism of Marxism and socialism; she dabbled in meeting other rebels: the IRA, Sinn Féin, the striking miners, feminists, activists, criminals and people who believed in revolutions. Whereupon, Tracey herself realised that life was far from living in an ivory tower and her own rebellious nature would begin to emerge. 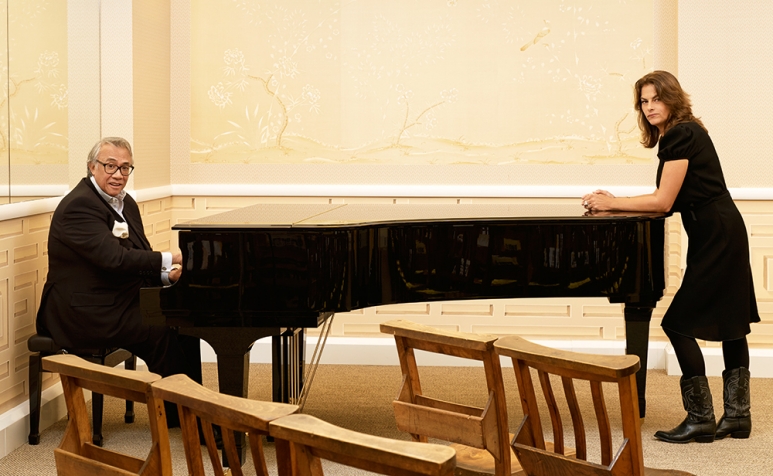 In her eternal thirst for further education, she entered the Royal College of Art and began, with the accumulated experiences and knowledge she had lived through, her artistic path towards greater and greater prominence. Her infamy came with her 1998 installation My Bed, which consisted of a very messy bed that defined the heartache of a broken-down romance, and which was short-listed for the Turner Prize. Although she did not win the prize, she became a celebrated artist, with Charles Saatchi initially acquiring the work, which was recently sold for £2.54 million at Christie’s, acquired by a German businessman who has since lent it to the Tate, where the bed now sleeps.

Tracey never looked back. Her development as an artist has risen inexorably through a vast body of work in paintings, drawings, installations, monoprints, photography, neon, fabric, sculpture, film and publication. In recognition of her achievements, Tracey was appointed a Royal Academician and more—a professor of drawing at the Royal Academy of Arts. Then even the queen noticed and she was given the CBE gong, which is the usual precursor to a damehood.

Meanwhile, Tracey continues to work and create. Her early obsession with Egon Schiele brought her full circle to an exhibition she recently had in the Leopold Museum in Vienna, juxtaposing her works against his. And, of course, she has just had an elephantine exhibition of new work at the White Cube in London.

We in Hong Kong will be treated, at Art Basel in March, to an exhibition of her works represented not by one, but two galleries. Through it, we will be able to witness Tracey’s absolute passion for art. “Everything is external to me, except art, which is with me all the time. Even at my lowest and darkest ebbs, art has saved me,” so Tracey told us boldly near the end of our conversation at the China Exchange. 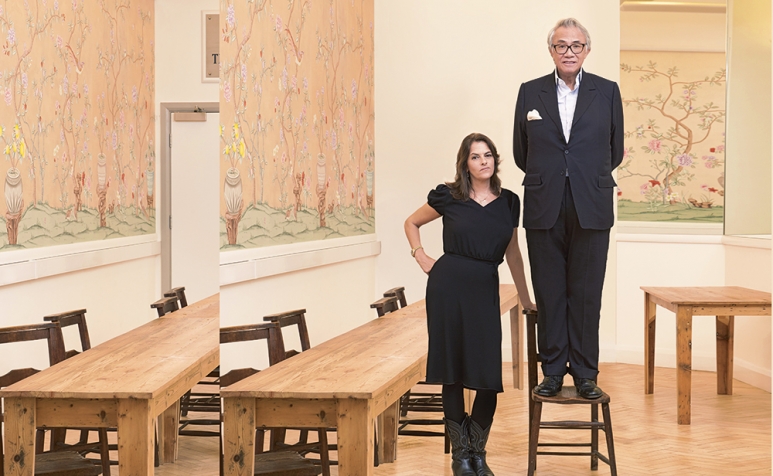 I then talked to her about her impending visit to Hong Kong. “So what has taken you all this time to mount an exhibition in Hong Kong?” I asked. “It hasn’t been that long!” she protested. “Just that none of the opportunities previously had worked out. But this year, we are going boldly forward and my show straddles Lehmann Maupin as well as White Cube. So it seems I am making up my time in Hong Kong, which is a city I love.”

“As you intimated,” I asked, “in your previous neon My Heart is with You Always brazenly projected onto the facade of The Peninsula in 2014?”

“Yer, I like your water, your history and your romance. It’s a good place to fall in love.”

So we now also know Tracey always falls in love, and always wants to fall in love. In her big exhibition in Hong Kong during Art Basel, all of us living in her perceived water and history and romance will, I hope, all fall in love. But we need to be careful, I suspect, for the name of her exhibition is I Cried Because I Love You, and that must mean there is a price for love.

“Do you cry when you are in love, Tracey?”

“I do cry, because I love someone.”

At this point, I felt the vibrations of TS Eliot’s The Love Song of J Alfred Prufrock, which somehow relates to me my feelings for Tracey’s work: “Let us go then, you and I, / When the evening is spread out against the sky / Like a patient etherised upon a table; / Let us go, through certain half-deserted streets, / The muttering retreats / Of restless night in one-night cheap hotels / And sawdust restaurants with oyster-shells: / Streets that follow like a tedious argument / Of insidious intent / To lead you to an overwhelming question … / Oh, do not ask, ‘What is it?’ / Let us go and make our visit.”

Yes, let us all go then and make our visit to Tracey’s show, and discover her arguments and love: “In the room the women come and go / Talking of Michelangelo.”

I Cried Because I Love You is at Lehmann Maupin and White Cube from March 21 to May 21.