By TAMSIN BRADSHAW November 19, 2010
Marrakech has long been Morocco’s capital of style, if not its capital city. Asia Tatler gives our top 5 picks of the Red City’s extravagant hotels 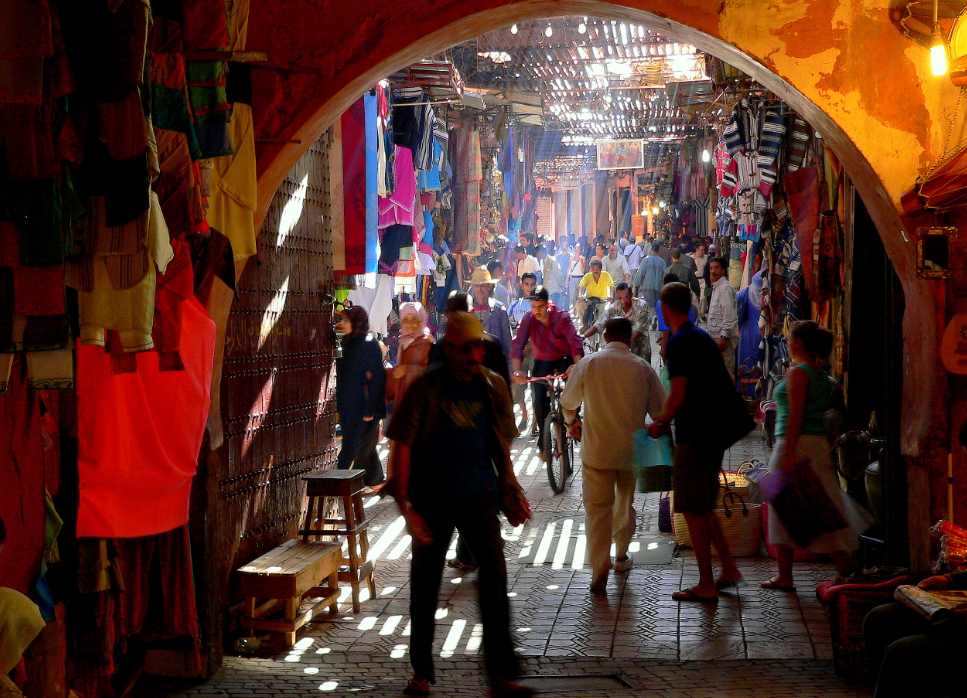 Yves Saint Laurent, Sir Winston Churchill and Jean-Paul Gaultier all fell in love with Marrakech, and it's no wonder - Morocco's capital is an exotic whirlwind of spices, colourful souks, tinkling fountains, palm trees and adventure. From the 10th-century Medina, the city's centuries-old heart, to the riads (courtyard houses), and the oases of the Palmeraie, Marrakech has plenty to entice any visitor. But where do we stay? Asia Tatler recommends our top 5 picks. 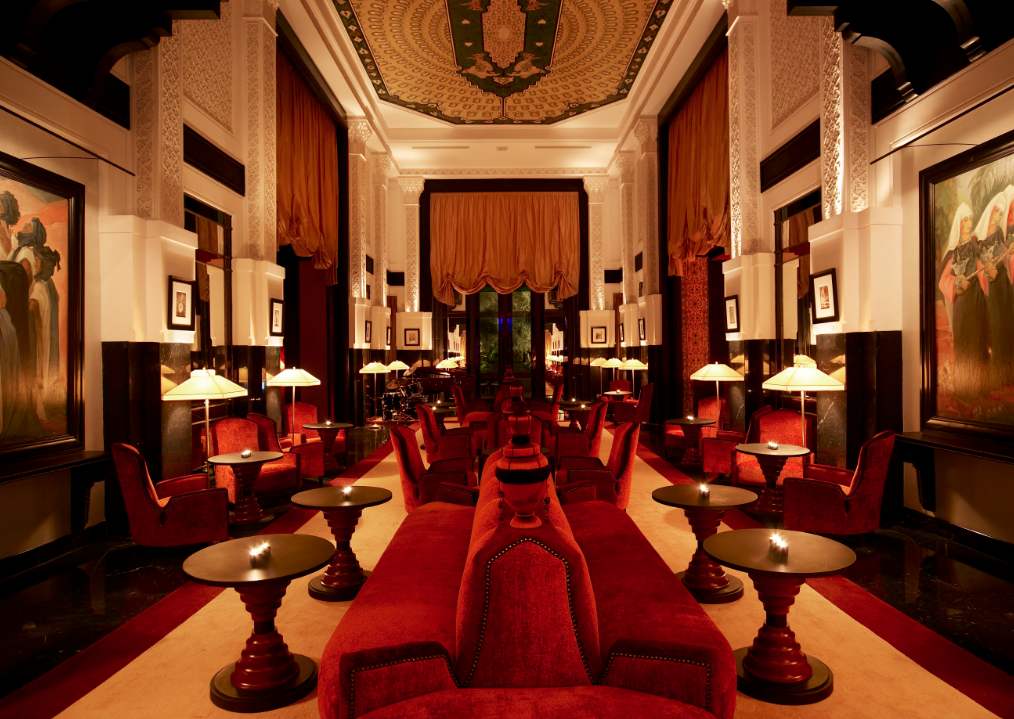 Kings, queens, dignitaries and celebrities have been flocking to La Mamounia for decades. Winston Churchill spent many an English winter here, General Charles de Gaulle spent a night in one of its rooms, and Charlie Chaplin, Charlton Heston, Princess Caroline of Monaco, Nicole Kidman, Richard Gere and many more have all enjoyed its luxurious Moroccan hospitality.

The hotel last renovated by French designer Jacques Garcia, offers 71 suites, including seven signature suites, one of which is called the Churchill Suite. The flower-filled gardens stretch over eight acres, as well as La Mamounia's three private riads and a sparkling outdoor pool. You'll also find the spa amid these grounds; decked out in traditional Moroccan tiling in blacks and a deep, oceanic blue, and complete with several hammams - Turkish baths - and an indoor pool, this impressive 30,000-sq-ft space is not to be missed.

Not to be forgotten are La Mamounia's restaurants - Le Marocain, where guests can dine under the stars while being serenaded by lotars, the Moroccan version of a guitar; Le Français and L'Italien, both of which are sumptuous spaces offering dishes cooked by Michelin-starred chefs, and Le Pavilion de la Piscine, where guests can enjoy more relaxed dining. There are also several extravagant bars that will transport you to eras bygone with their glamorous Art Deco décor. 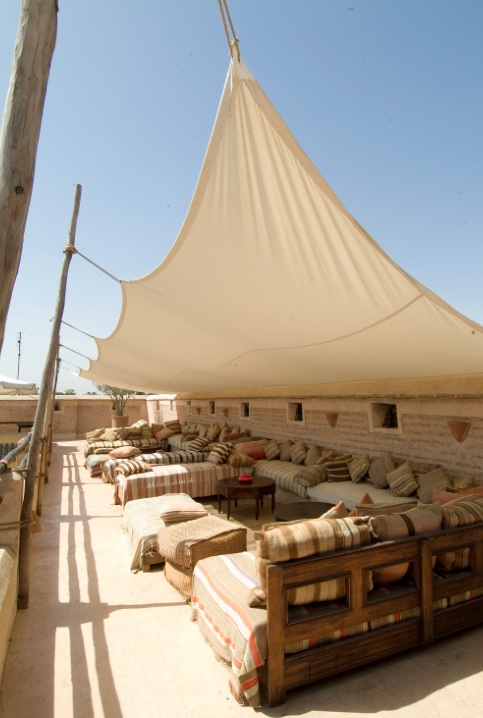 Showcasing a different aspect of Moroccan style is Riad El Fenn, a boutique hotel set in an old Moroccan house on the outskirts of the Medina.

The hotel is a labyrinth of rooms, with passageways leading to several different courtyards containing quiet pools and black-and-white tiled spaces set amid trees - the perfect spot for enjoying Riad El Fenn's delicious afternoon offering of fresh mint tea and biscuits. Enjoy this on the rooftop, which possesses sweeping vistas of the Medina and the far-away, snow-capped Atlas Mountains.

Vanessa Branson, Sir Richard Branson's sister, and Howell James own the riad, and the pair opted to give each of its 21 suites and bedrooms a different feel. No two are the same: one, for example, features emerald-green walls and a turquoise bath made of tadelakt, or lime plaster. Another boasts hand-sown camel leather floors, a private terrace and glass-bottomed pool looking into the suite. 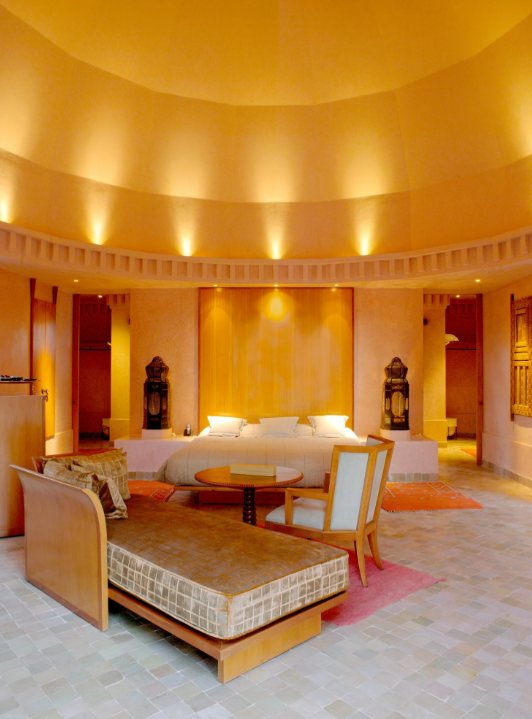 With just 32 Pavilions, six Pavilions Bassin, two six-storey Maisons and one Al-Hamra Maison, it's rare to see other guests. Each features its own private courtyard tiled in the same sun-faded red as the villas. Zellij fountains trickle in each, while cerulean-tiled pools offer respite from the heat in others. There's no need to leave your villa - with its Moroccan fireplace, Berber carpets and deep, stepped bathtubs, it's a cosy haven of luxury. 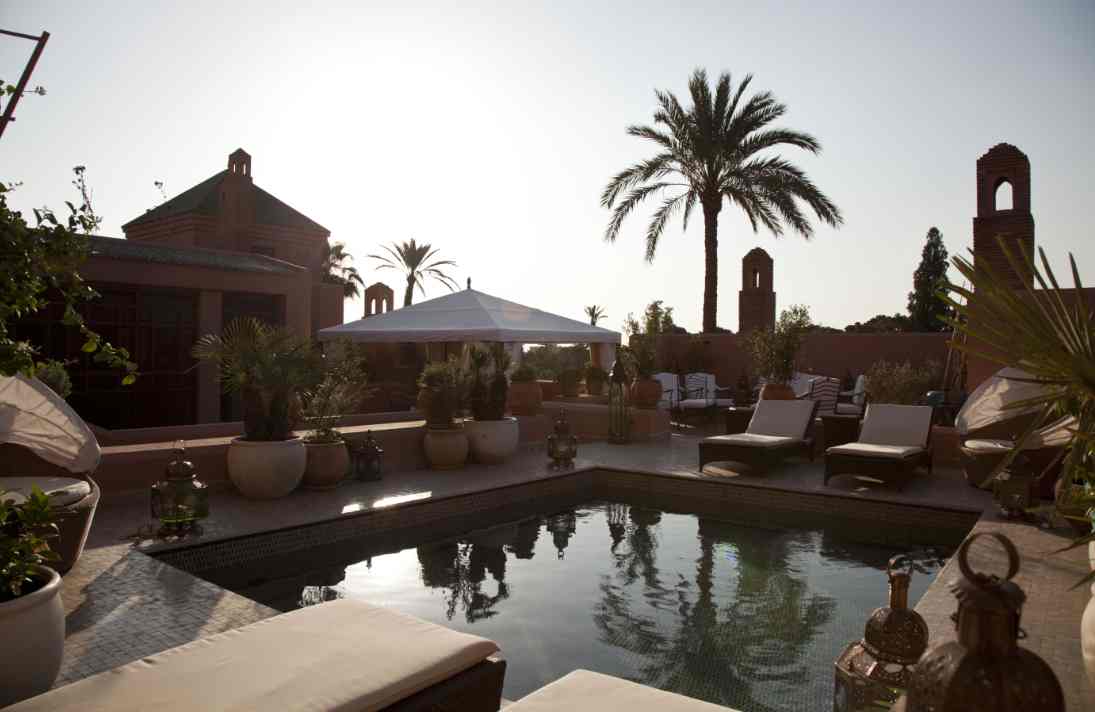 Spread over eight acres is the Royal Mansour, a vast and glamorous hotel opening in late 2010. The hotel comprises 53 individual riads, varying in size from 1,400 sq ft to 21,525 sq ft, each featuring exquisite Moroccan handiwork - from ceramic tiles to carved wood done by the nation's top craftsmen. Royal Mansour is the brainchild of King Mohammed and as such, it is utterly lavish. The largest of the riads features its own theatre, swimming pool and hammam. 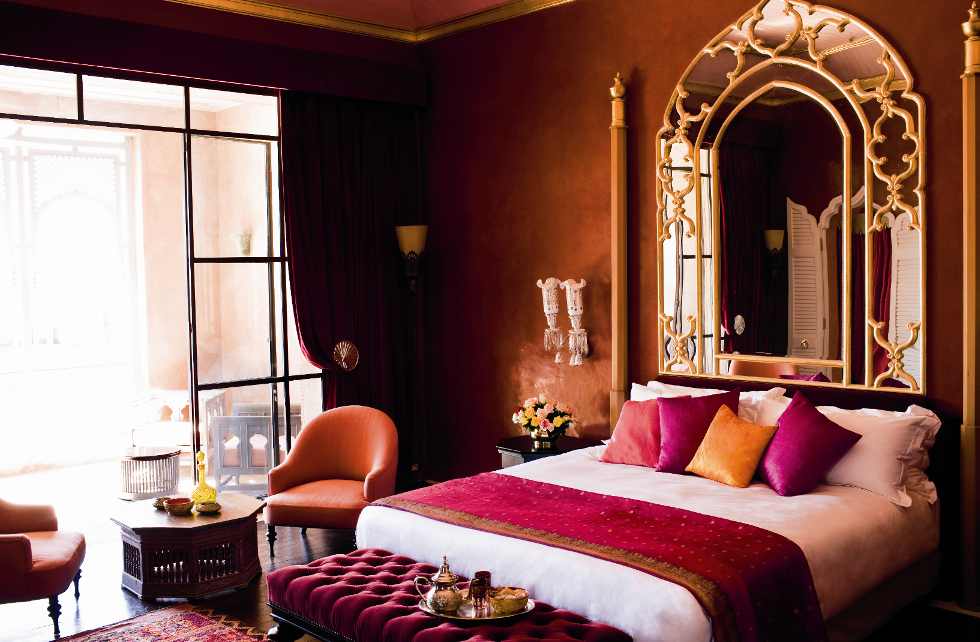 The Mandarin Oriental Group's latest offering also featured prominently in Sex and the City 2; it masqueraded as the opulent hotel the girls stayed at in Abu Dhabi. Located in the Palmeraie outside the city, the hotel is set to open in late 2010, featuring Moroccan-styled suites and plenty of bright colour - a step away from the Mandarin Oriental Group's often-muted shades. Rooms will be located in the main palace or in private riads. All boast outdoor living spaces, some with views of the desert and Atlas Mountains. Inside, you'll find ornate, woven carpets, opulent fabrics in shades of fuchsia, lemon and rose, and indulgent daybeds. In addition, there will be a vast, 17,200-sq-ft Mughal-style pool and a huge 40,900-sq-ft Ottoman-style spa. Watch this space.