Inside North Korea at the Hong Kong Arts Centre 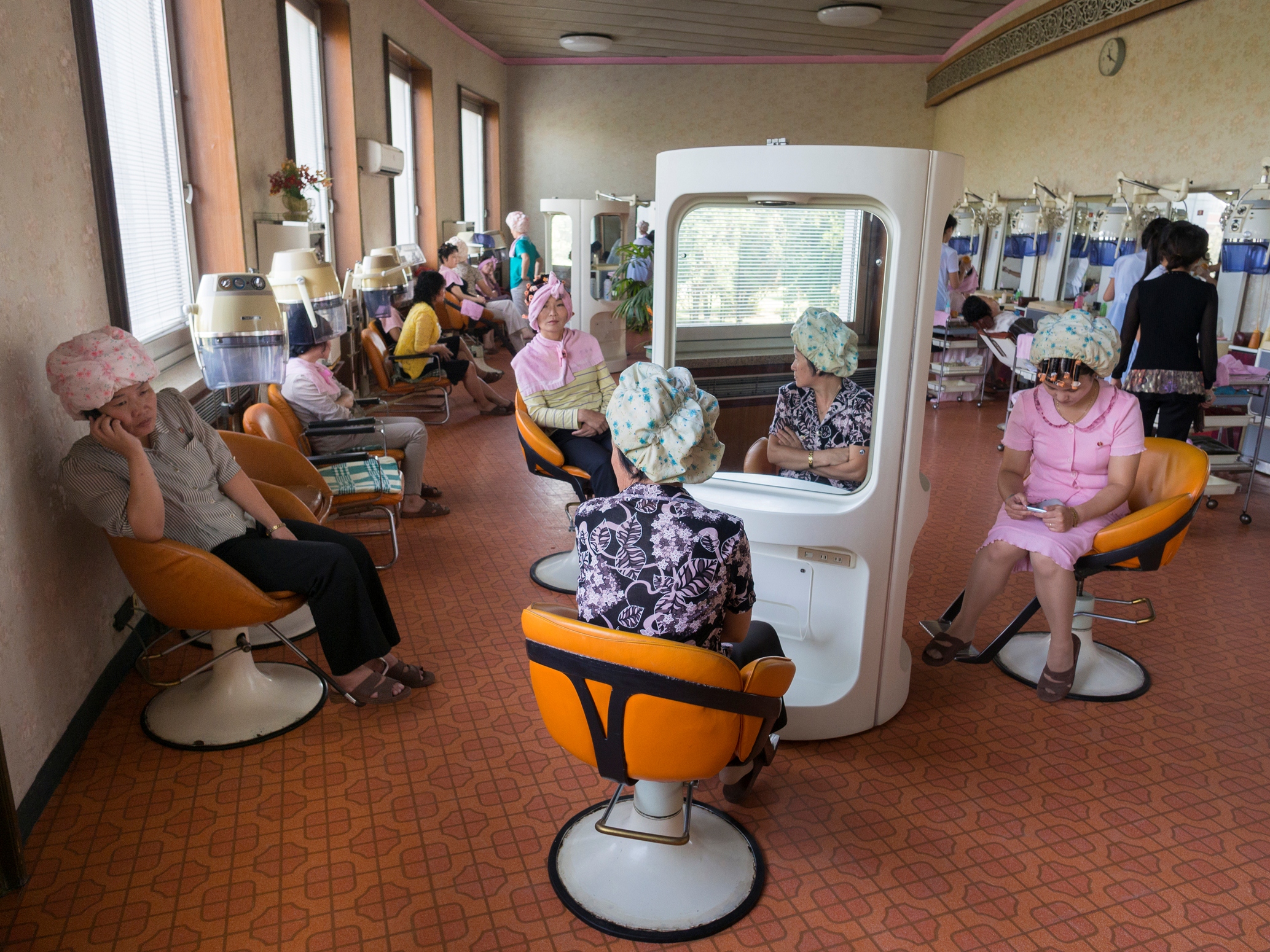 The Democratic People’s Republic of Korea (DPRK), more commonly referred to as North Korea continues to be on of the most isolated countries in the world, with few foreigners able to visit and few North Koreans able to travel abroad. With knowledge of the remote state particularly limited, the British Council and Hong Kong Arts Centre collaborate to provide insight into the country and it’s people with Above the Line: People and Place in the DPRK, an exhibition consisting of large-scale photographs from acclaimed British photojournalist, Nick Danzinger.

Despite North Korea often being associated as a land of incomprehensible systems and beliefs, Above the Line illustrates how the twenty-three million people who inhabit North Korea spend their time doing ordinary things, including women getting their hair tended to at a hair salon, a man waiting at a tram stop, students walking down the street, and so forth.

“In a multicultural city like Hong Kong, North Korea often evokes heated discussions amongst the media and the public. We hope the Above the Line exhibition will add new and fresh perspectives to the debate. People-to-people dialogue between the UK and North Korea was generated when the exhibition opened in London and we are keen to extend this opportunity to Hong Kong with an objective to foster deeper cultural relations between Hong Kong and the world through this extraordinary exhibition.” said Meijing He, Head of Arts and Creative Industries at the British Council in Hong Kong.

You might also like:
Denis Darzacq’s “The Fall” Exhibition at On Pedder Men’s
André Brasilier’s ‘On Idle Shores’ Arrives at Opera Gallery
The Affordable Art Fair Returns to Hong Kong