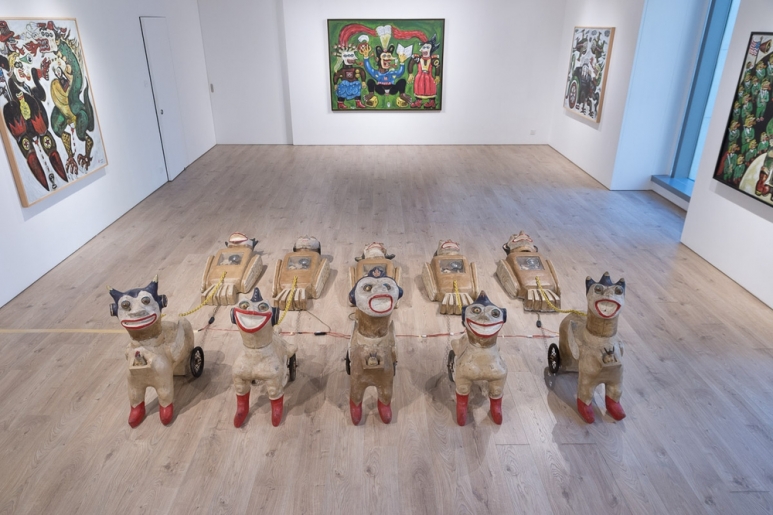 "Land of Freedom" by Heri Dono (Photo: Courtesy of the artist and Tang Contemporary Art)

As one of Indonesia's most celebrated contemporary artists, Heri Dono is known for his satirical political commentary in his paintings and installations.

Earlier on, The Artling interviewed the Yogyakarta-based artist back in 2015 during his residency at STPI in Singapore, before his solo installation at the Indonesian Pavillion for the Venice Biennale. Now in 2017, Heri Dono is showing his works at Tang Contemporary Art in his first solo gallery exhibition in Hong Kong.

The artworks on view seem humorous at first glance, yet they deal with serious sociopolitical issues, such as those in the Brexit and Trump era. 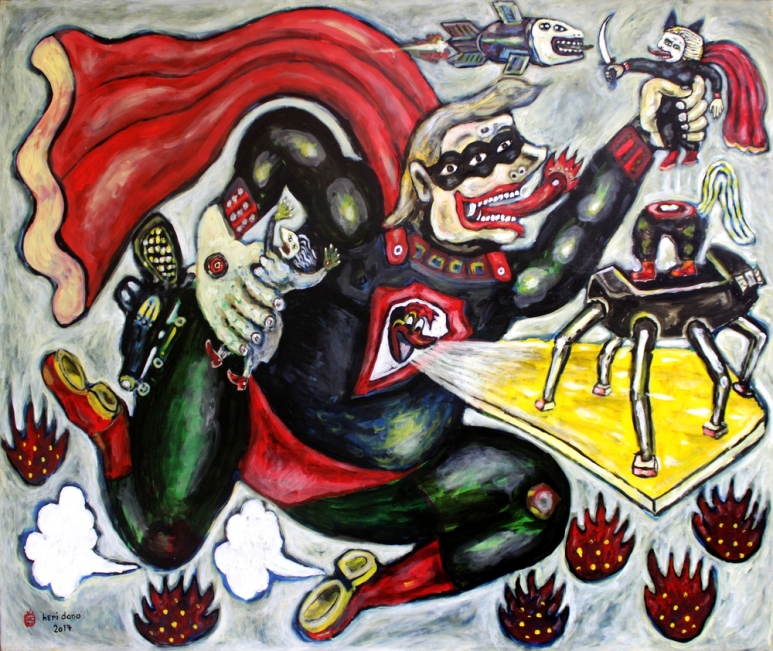 To illustrate the complexities of the global political scene, strange-looking mythological creatures are juxtaposed against political caricatures. In "Super Trump - Land", US president Donald Trump is depicted as a superhero-like figure with three eyes.

The artist, born in 1960 in Jakarta, Indonesia, is inspired by wayang kulit, a form of traditional shadow puppet play in Indonesia. Symbols of animals, mythological beasts, machines, spaceships and parodies of world leaders are commonly found in his work. 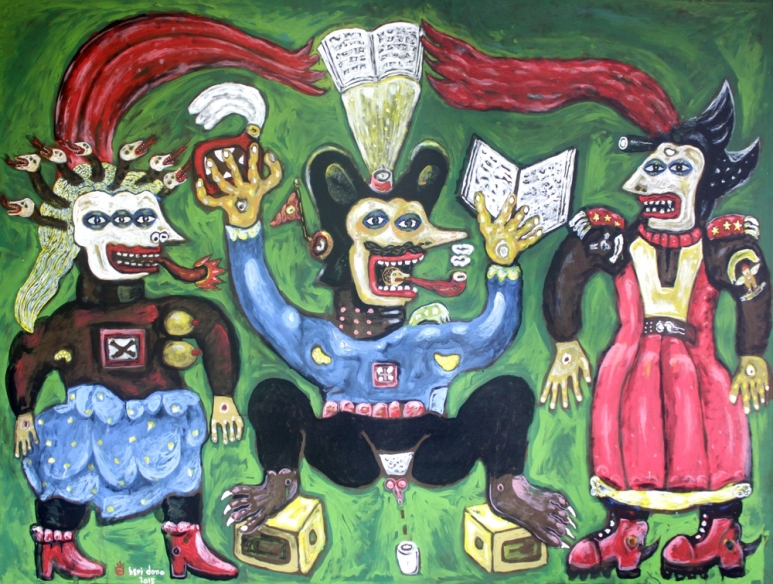 "Between Two Cards" (2015) by Heri Dono (Photo: Courtesy of the artist and Tang Contemporary Art)

What happens when figures of authority are at odds with each other? Through paintings such as "Trump vs the Dragon" and "Between Two Cards", the artist shows that the rivalry and tension erupting from within cause great casualties. It is also a difficult decision to make when choosing one side over the other.

The painting "Joko Tarub Bathe in the Lake, Attacked by Terrorists, Protected by 7 Bidadari" alludes to the folk story of Jaka Tarub and the Seven Apsaras. 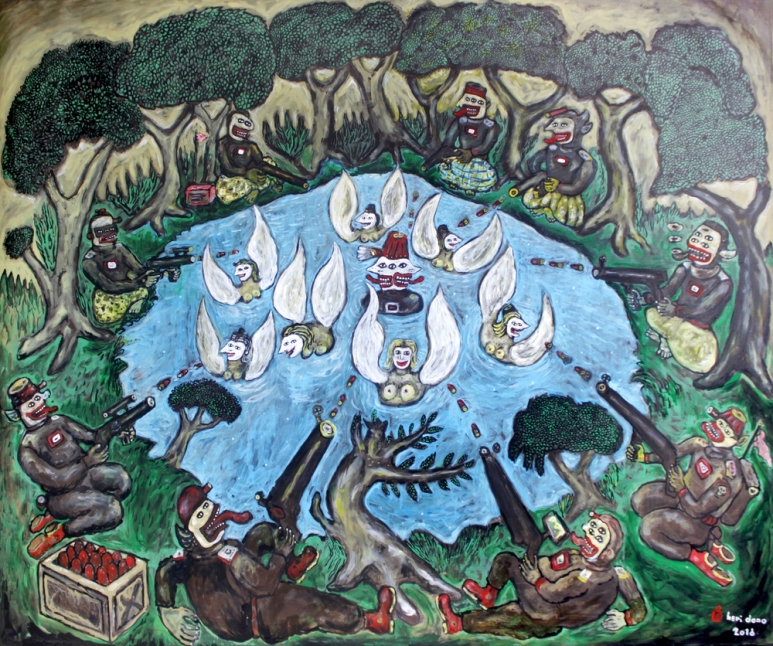 "Joko Tarub Bathe in the Lake, Attacked by Terrorists, Protected by 7 Bidadari"  (2016) by Heri Dono (Photo: Courtesy of the artist and Tang Contemporary Art)

However, the idea of terrorism is introduced in this work. Surrounded by terrorists firing machine guns, the protagonist is protected by seven winged figures and remains unharmed.

Other than paintings, we see Heri Dono's sculptural installation works in the gallery. Five dog-like figures are leashed to five human figures. These works are created in 2004 to comment on the sociopolitical issues in Indonesia.

"Land of Freedom" is showing at Tang Contemporary Art in Hong Kong from now until August 12, 2017.