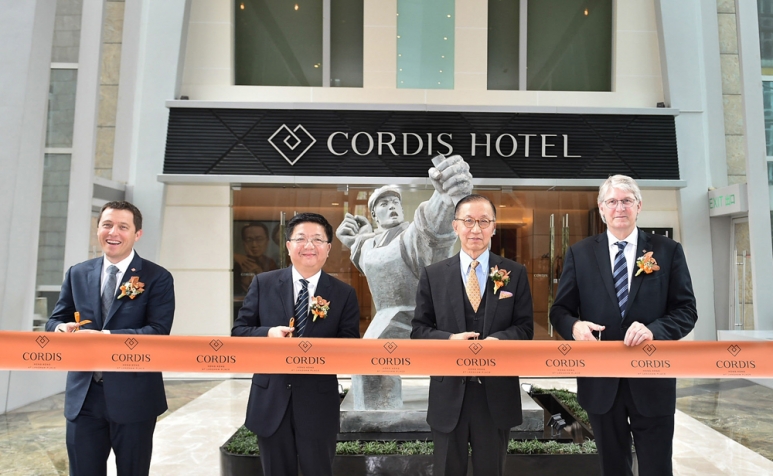 Langham Place, the iconic hotel located at the heart of bustling Mongkok, has been rebranded as Cordis. The official launch ceremony held on August 26 was joined by the management of Langham Hospitality Group, Hong Kong Tourism Board and Cordis Hong Kong.

Cordis derives its name from the Latin term of “heart”. By paying tribute to this transformed positioning, the new hotel series is built upon a focus on connectivity, heartwarming service and a sense of community.

Each Cordis hotel boasts individuality in terms of style, architecture and design, which will be reflective of its location and culture. To complement its bustling neighbourhood, Cordis Hong Kong is a vibrant and contemporary property which features well-equipped family-friendly facilities and amenities.

The rebranded hotel is the first site to debut among other Langham hotel branches worldwide, including prominent cities such as London, New York, Bangkok and Singapore.

To celebrate the new launch of the hotel, guests who book the hotel’s best available rate from now until September 9 for stays from now until 30 December 2015 can enjoy various exclusive privileges such as a complimentary bottle of Perrier Jouët Champagne and late checkout at 3:00pm.