By Kimberly Hu May 18, 2017
Empowering the next generation of learners 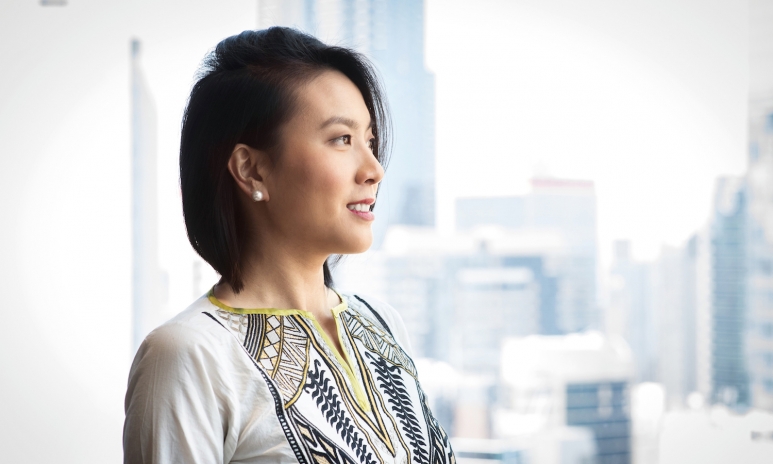 Growing up, Natalie Chan went to local, international and boarding schools, as well as universities in the US and Hong Kong. Despite a world-class education, Chan felt that school didn’t fully prepare her for the real world, so she decided to take action to help today’s learners.

Chan began at St Stephen’s Girls’ School. However, her parents planned to send her to the US for university, so to get her English up to par, they transferred her to Hong Kong International School.

“I went from speaking broken English to being thrown into English-taught classes. I naturally gravitated toward the Chinese kids in school—but that also meant I spent my whole time speaking Cantonese.”

With the challenges she faced in the US, Chan feels boarding school helped mould her into an independent and adaptable person. She went on to the University of Southern California and then started her first job as a consultant for Deloitte in the US, but she began to question what she really wanted to do.

“I realised that the real world is so different than what I thought it would be,” she says. “I felt lost and dissatisfied working in a corporate environment—and I started to wonder why my education wasn’t fulfilling the job.”

See also :5 TED Talks To Help You Excel In The Workplace

Chan decided to get a master’s degree in education from the University of Hong Kong, during which she worked as a co-teacher at The Harbour School.

“It is one of the most progressive schools in Hong Kong,” she says. “It offers differentiated learning, but I also realised there’s only so much you can do with a set curriculum in the confines of a classroom.” Thus, her idea for OWN Academy was born.

Launched in April 2016, OWN Academy empowers students to take ownership of their learning. “We take learning outside the classroom,” she explains.

“We ask students what they want to learn and pair them with industry leaders to create a customised, unique learning experience.”

What began as a weekend programme and summer camp now has its first full-time student, 12-year-old Hillary Yip, who wanted to explore the topics of animal abandonment and euthanasia.

“We’ve worked with dog trainer Grace Wang and liaised with an SPCA representative who lobbies for animal adoption with the government,” says Chan.

“The idea is to ask a big question, then find information from people in different industries and areas of expertise—exactly how it works in the real world.”

Since the OWN Academy launch, Chan has been invited to speak at schools in Hong Kong as well as at the TEDxYouth event.

“Education is the last thing I thought I’d get into,” she says. “It has now become my mission to re-engineer a new education system that will equip our students to succeed in the new world in the wake of the Fourth Industrial Revolution.”