The new Porsche Panamera takes lessons, rather than simply design cues form the latest generation 911. It uses an exotic cocktail of construction materials to increase rigidity while shedding the pounds but when it comes to its look and feel it is finally coming into its own 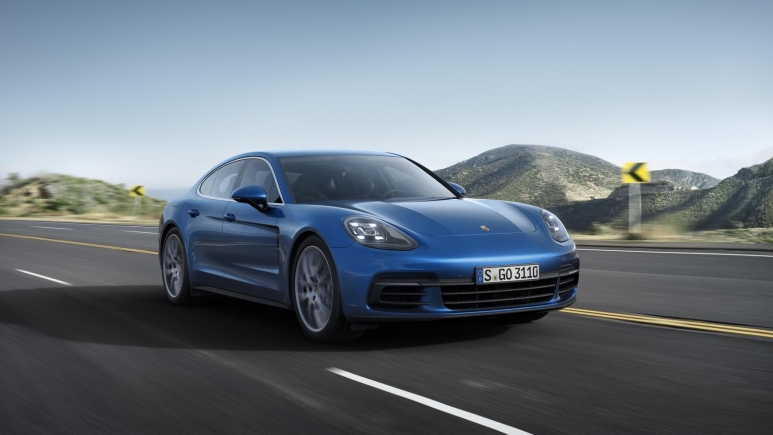 "Its strengths have been reinforced, its weaknesses eradicated and above all its character preserved," said Michael Mauer, Head of Style Porsche AG.

Not that the original car was a disappointment, despite being somewhat of a departure from Porsche's core business of focused sportscars, over 150,000 Panameras have been sold to date.

To ensure the new car picks up and accelerates further where the old car left off, many of the proportions remain intact, visually so as not to alienate exiting owners. But everything is tighter and sharper. "The new Panamera can be made out at first glance as a Panamera, but also as the new Panamera," said Mauer. "An observer will immediately recognize the coupé-like roof line, but now it is much ‘faster', even more dynamic and now includes a new side window look that emphasizes the coupé-like side view even more."

Ensuring that the car offers more than sporting looks, at launch in November it will come with a 550hp twin-turbo V8 (complete with 3.6 second 0-100km/h time) and a 2.9-liter twin turbo V6. A diesel will also be an initial option but four-wheel-drive and an eight-speed paddle-shift gearbox will be standard equipment on all models. 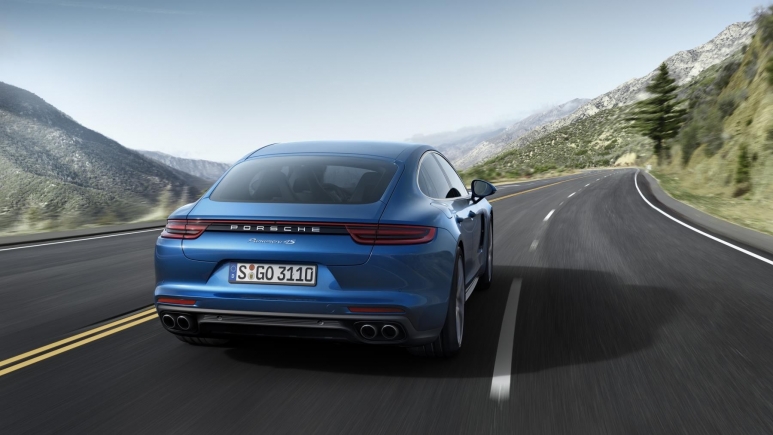 All performance figures top those of the outgoing model even though the car is now longer and wider than its predecessor; in fact it's as big as an Audi A8 or BMW 7 Series sedan.

And while Porsche is certain it can match both for comfort and toys -- it has next-generation air suspension, a virtual smartphone and tablet inspired cockpit, plus all associated connectivity services and supporting apps -- it leaves them behind in terms of handling and engaged driving.

So confident is Porsche of the new car's impact that at its unveiling on Tuesday evening in Berlin, company CEO Oliver Blume called the car a new generation of Gran Turismo.

"We have tapped into the segment of luxury sport saloons with the Panamera," he said. "In the new model, you see here a completely redeveloped automobile -- with new engines, a new design and new technologies."