Recently I was back at the Hôtel Barrière Le Fouquet's in Paris, this time we stayed at a room over looking the Champs Elysées. Quite a regal experience indeed. A fan of French cuisine, I have been hearing a lot about the newly-created menu by Chef Pierre Gagnaire, but does the food match up to all the buzz? I decided to visit the 'establishment' to find out for myself! 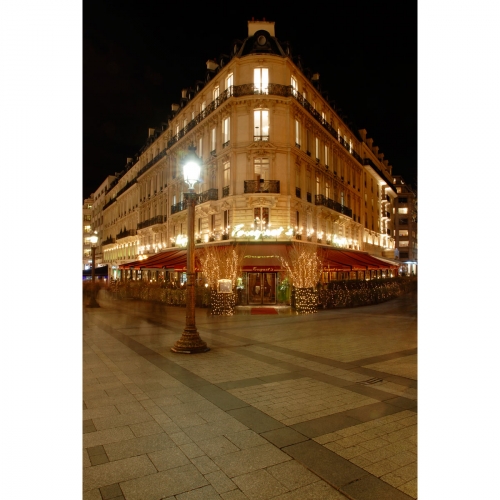 Standing at the corner of avenue George V and the Champs-Elysées, it has been for over a century the favoured Parisian rendez-vous for members of the movie, artistic and cultural worlds alike. The traditional Fouquet’s restaurant, with intimate ties to the world of cinema, has embodied the French “luxury brasserie” spirit since 1899. Moreover, "luxury" does not equivalent to "snobbishness",  the warm, wood-paneled, gold chandeliers, and red velvet studded chairs with their hospitable waiters make Le Fouquet's particularly cozy and inviting. 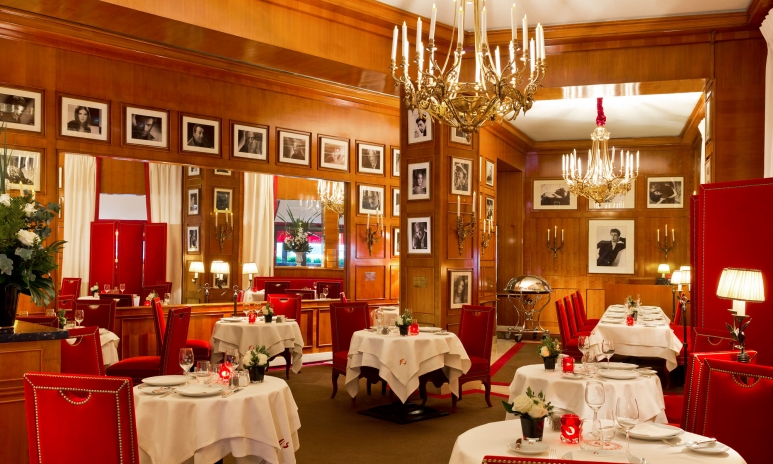 Within its classic traditional Parisian brasserie décor, the Fouquet’s proudly displays its timeless bond with the Arts and Motion Pictures. Brass plaques indicate the favourite tables of artists such as Edith Piaf, Jean Gabin, Charles Aznavour and celebrity portrait photos shot by Harcourt studios embellish the walls of this unique venue. We were seated at the favourite little table of French screenwriter and Director, Michel Audiart. I always find it amusing that French tabletops for 2 are so small. When you look at photos taken at the table, people seem so big. But I suppose the tables are intentionally made smaller, to facilitate kissing! 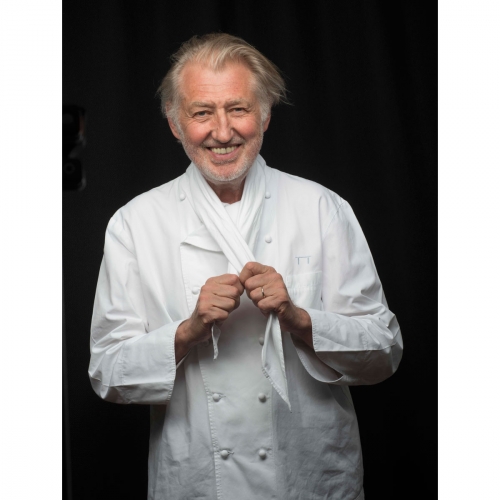 The menu created with Pierre Gagnaire is both original and innovative, tweaking and revisiting the classics of French brasserie cuisine. I chose ravioles de homard Fouquet's as a starter, which I found quite heavenly. The starter was followed by tartare Fouquet's, the hand-chopped beef, was mixed with mackerel, gruyere and comte cheese. It was so fresh, it tasted like it was fresh from the farm. But then I remember someone once told me a singular creative touch unique to Chef Gagnaire is his particular attention to products and his true respect for traditionnal French gastronomy. The mixture of beef, fish and cheese was different from other beef tartare I have had in the past, it made for a novel experience for the tastebuds. I then had a cheese platter of Blue cheese, cantal and chèvre to clean my tastebuds. It is recommended to start the cheese platter with cheese with the lightest taste, and so the order of my cheese went from chèvre to cantal then blue cheese. 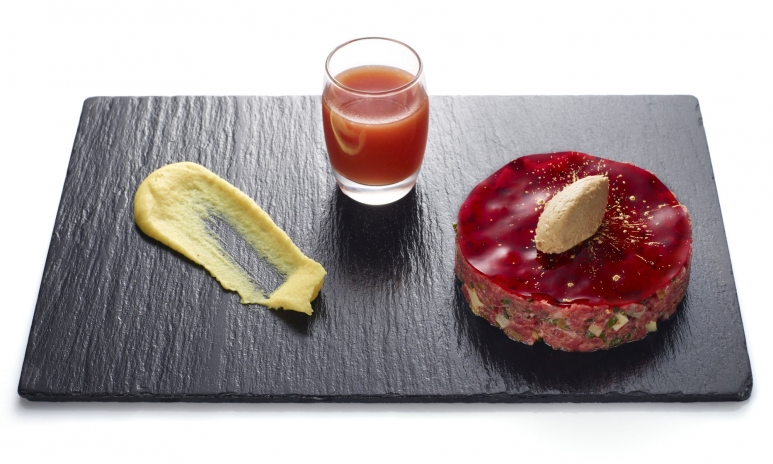 With Chef Gagnaire at the helm and interpreted by Jean-Yves Leuranguer, Meilleur Ouvrier de France, the menus are sure to draw the requisites 'oh la la' and 'miam miam' around the table.