Ribbonesia: The Quirky Japanese Art Concept You Need to Know About 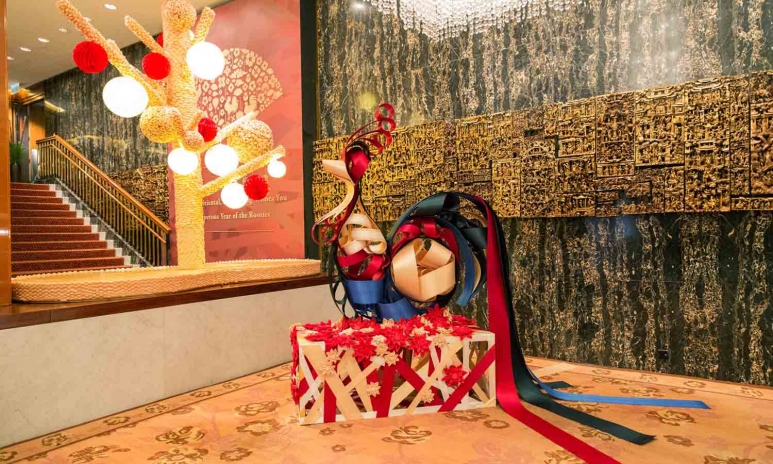 Photo courtesy of the Mandarin Oriental

What happens when you put two brilliant creative minds together? Illustrator Baku Maeda and creative director Toru Yoshikawa proved that two is better than one when they began Ribbonesia back in 2010. The Japanese design duo collaborated on a concept of ribbon sculpture, which is exactly as quirky as it sounds.

Receiving international attention in exhibitions from Tokyo to New York, the pair created Christmas window displays across Asia for Lane Crawford in 2014, and their most recent project has brought them to Hong Kong. We catch up with them at the Mandarin Oriental to learn more about their Chinese New Year exhibit and origami influences. 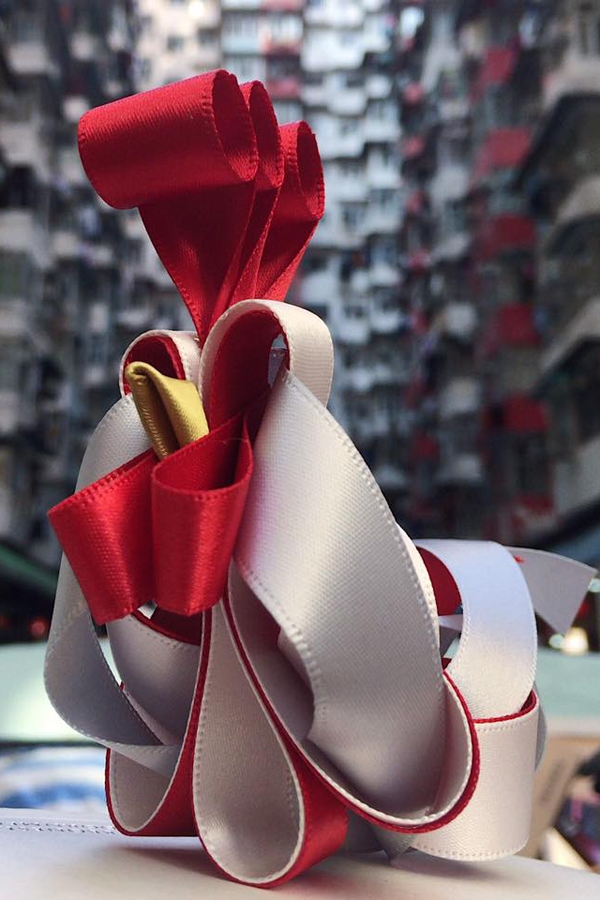 How did Ribbonesia get started?

Toru: We worked backwards: we started with a product. We came up with the concept together, and Baku started creating these animals with ribbons from our designs. We realised the business potential and formed the company in 2010. In 2012, we had a major exhibition in Japan and that changed our perspective: we refocussed onto exhibitions rather than merchandise. 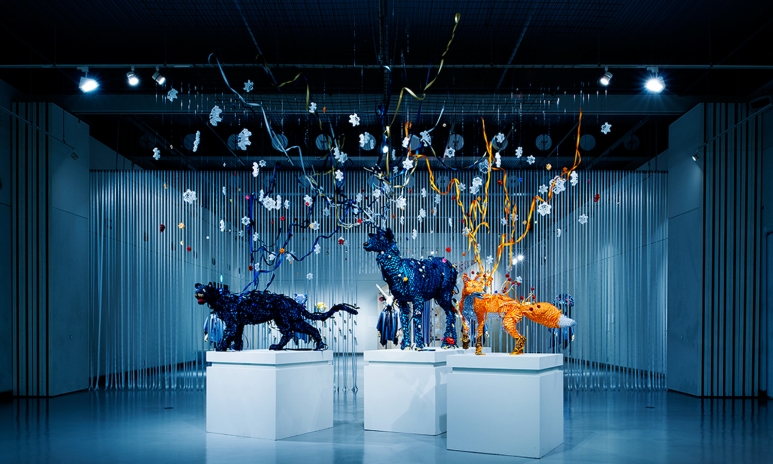 Why did you choose ribbons as your medium?

Baku: Wrapping ribbons are everywhere, but they are purely decorative: familiar but unessential. We wanted to put it to use. It’s like three-dimensional painting: each twist is a brushstroke. The reflectiveness of ribbon and the way it reacts to light gives it a new face and new impressions at different angles, creating this wonderful energy. Of course, it can be tricky to use – you can’t make any shape you want. You have to work with the physics of the fabric, because it has its own tension and character. But that’s what makes it so interesting. 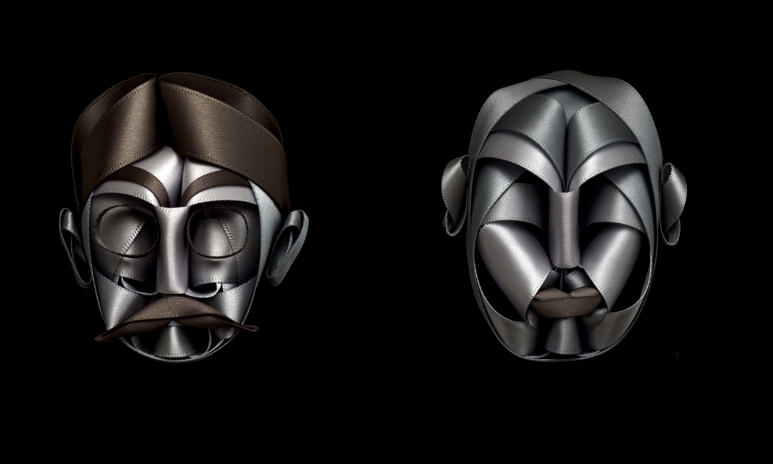 How has social media helped your brand?

Toru: When we started out, we were very lucky – a few blogs and western art websites picked up on our work and word spread quickly. I think social media has been a big part of that. We are a very small team so without platforms like Facebook and Instagram, we would never reach our audience. 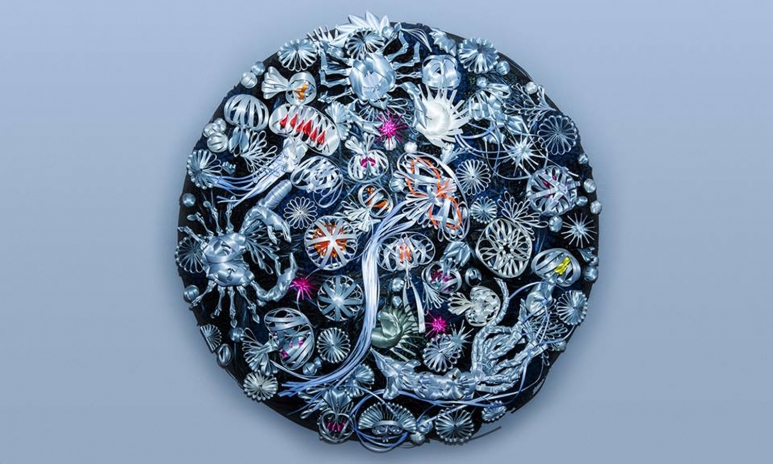 What are your creative influences?

Baku: Growing up in Japan, I was always playing with paper and making origami. I think that has influenced the way I use my hands. I like tactile art: translating a flat illustration into a 3D object and forming flat ribbon into something with body. I look to nature for inspiration – animals, flowers, the seas and ocean. The movement of ribbon feels very organic, and the natural world is full of wonders. A lot of our art highlights the little things that you know are there but didn’t notice before. 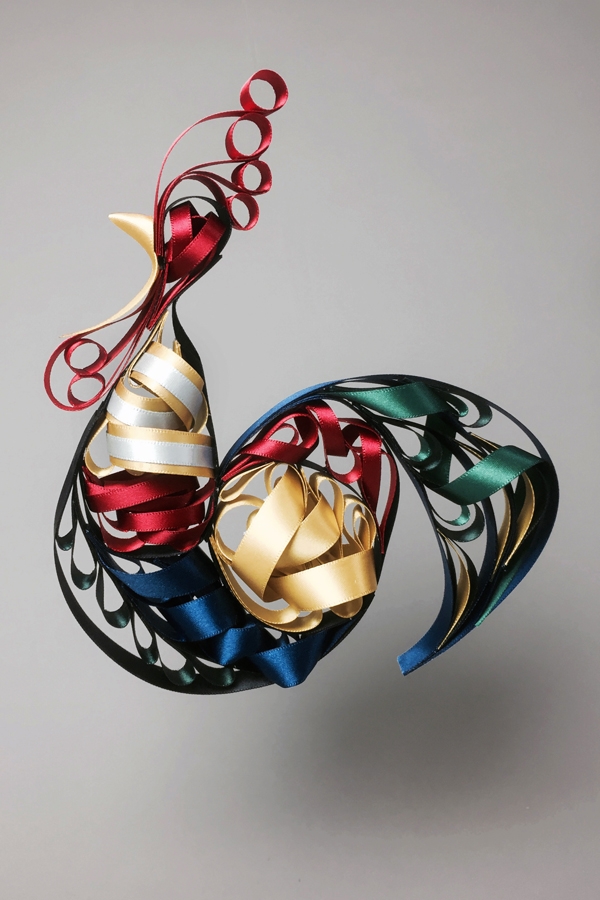 Photo courtesy of the Mandarin Oriental

How did your collaboration with Mandarin Oriental come about?

Toru: The design and creation process takes a long time, so we actually began in March 2016 – not specifically for this exhibition, but we knew we would want to create something for the year of the rooster. The agency we were working with put us in touch with the Mandarin Oriental, and they pitched the idea of a display and pop-up store. Along with the giant rooster display in the lobby, there’s an accompanying book and mini ribbon roosters in the pop-up store, with part of the proceeds supporting The Nature Conservancy. 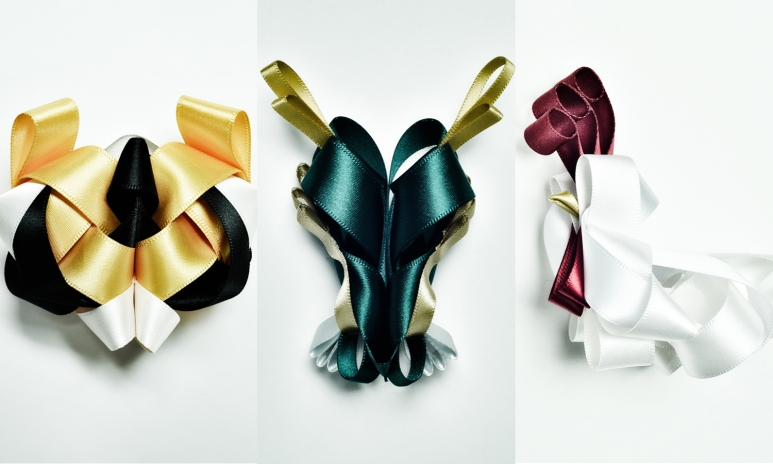 What is the next step for Ribbonesia?

Toru: We have a solo exhibition in Tokyo this June. We also want to go back to making products – the brooches we used to make were hugely popular, and we’d really like to do more of that. We’ve been working up some of the ocean designs Baku has made for scarves and umbrellas, so hopefully we’ll start seeing some of those this year.

Ribbonesia’s Year of the Rooster exhibition is on display in the lobby of the Mandarin Oriental until February 11 2017, alongside the special popup store