We overcome sand dunes, explore treehouses and get up close and personal with the majestic wildlife in resplendent Tanzania

It’s 4am and I’m driving in the pitch-black night along one of northern Tanzania’s treacherous dirt tracks. Despite the challenging conditions, we’re speeding along at a nerve-jangling pace. Sunrise waits for no one and our hot-air balloon safari lifts off in just two hours.

Were I in a lesser vehicle, I might be more than a bit worried. But I’m following the glowing red taillights of seven other Land Rover Discovery 4s as we cut through the night in our gleaming convoy. The intense silence is only occasionally broken by a guttural howl or crackly warnings from our walkie-talkies.

Each car throws up a blinding fog of red dust, so reports about approaching rocks, tree stumps and potholes are invaluable. Changing a shredded tyre in the wild, dark savannah is a daunting prospect – even under the protection of our armed guard.

This moonlit excursion is part of an eight-day Serengeti expedition organised by Land Rover. There are 12 of us on the trip and we travel in pairs, escorted by a team of Land Rover Experience instructors and rangers. Travelling in pole position, with his binoculars trained on the horizon, is our professional safari guide and African wildlife expert, Glen Dennis. 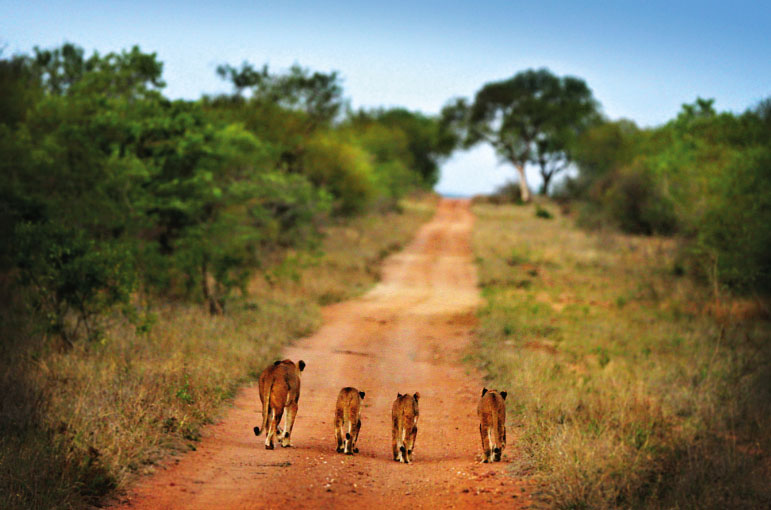 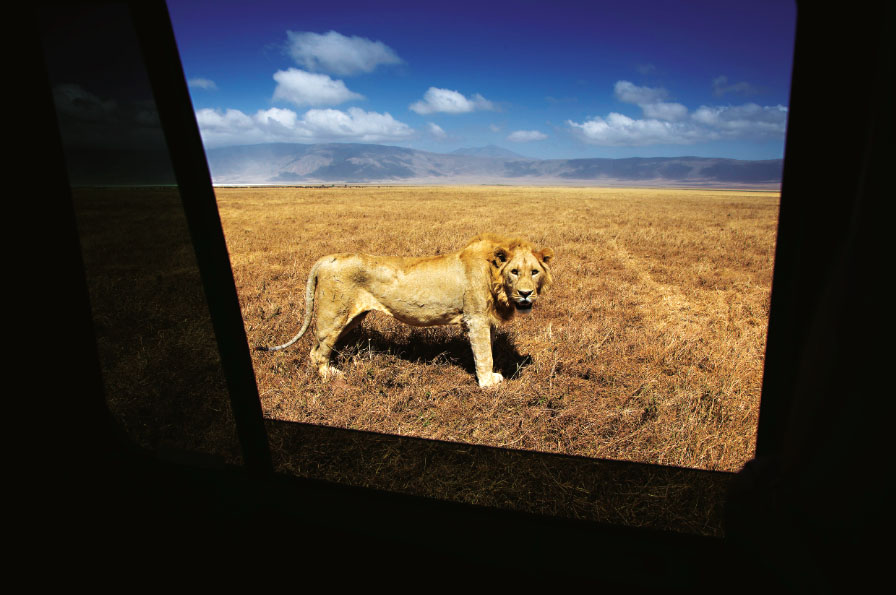 No off-road experience is required for this luxe, self-drive safari – just a driving licence and a keen sense of adventure. After a long day behind the wheel, we rest our heads in the region’s most sumptuous camps and lodges, ranging from treetop hideaways to posh walk-in tents. These one-off expeditions explore a different country each year. Past guests have navigated the wilds of Botswana, Morocco and Oman.

Over the next week, we will journey more than 1,000km from Lobo to Arusha as we track the largest mass movement of land mammals on the planet. Known as the “great migration,” this annual phenomenon sees millions of animals making a circular 2,000km journey around these vast plains in search of water and fresh pastures. From the comfort of our vehicles, we have front row seats to the greatest wildlife show on Earth.

Fuelled by some rich Tanzanian coffee, we drive through the night with extreme concentration. Sporadically, glowing eyes dart out in front of our bonnets and we slam on the brakes to make way for Africa’s literal “zebra crossing.” With a thunder of hooves, hundreds of the sleek monochromatic beasts stampede past with a throng of grunting wildebeest in hot pursuit. Illuminated by the beams of our headlights, it’s a spectacular sight, but as our guide is quick to stress, these numbers are small fry.

It is the wildebeest that dominate the migration, with around 1.3 million chasing the rains across the sweeping savannah. Galloping alongside them are 350,000 gazelles, 200,000 zebras and 12,000 elands.

The yearly migration cycle begins in the southern Serengeti, where half a million wildebeest calves are born between January and March. After the long rains in April and May, the plains dry out and the herd pushes on towards the western corridor. Life and death go hand-in-hand in the Serengeti, and it is here that these big-headed, shaggy-maned herbivores must dodge giant crocodiles as they storm the Grumeti River. 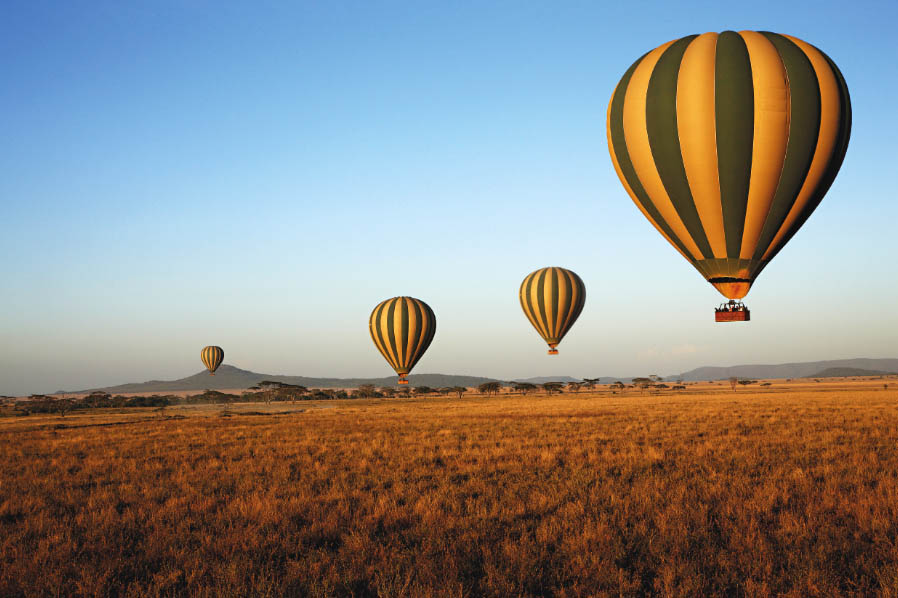 But the powerful jaws of these monstrous reptiles aren’t the only danger present here. The thicker vegetation along the riverbank conceals other hungry predators such as lions, leopards and hyenas. The thousands that die barely make a dent in the immense columns that march on towards the Maasai Mara in southern Kenya for the dry season. We catch up with the herds in late September as they follow the rain back into the northern Serengeti.

Misty amber light illuminates the horizon as we arrive at the hot-air balloon launch site. At 6am sharp, we hop into its giant wicker basket and drift off on an unforgettable aerial safari. As we rise to 300 metres, a reverential hush descends. Enveloped by endless sky and savannah, it’s easy to feel humbled by this mighty landscape. But the most dramatic intakes of breath come as we drop so low we brush the top of a spiky acacia tree. The animal kingdom is awakening beneath us – and we have the ultimate bird’s-eye view.

To read the full article, pick up a copy of the Hong Kong Tatler December Issue, or get your subscription here.