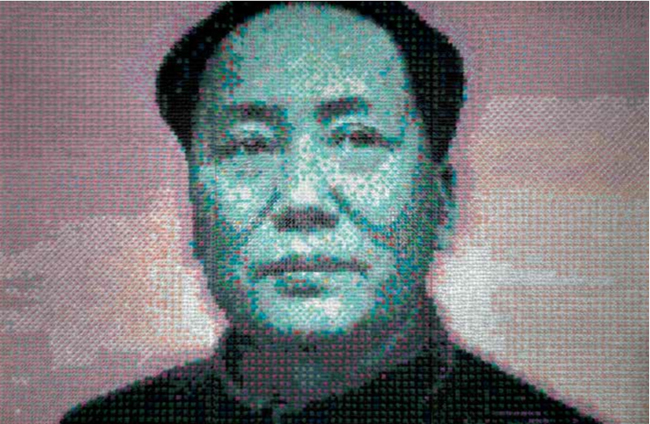 "The Great Wall Of China"

For one-month only, contemporary British artist Joe Black will make his Asian debut at the Opera Gallery between September 17 and October 7. Black is best known for his accumulation of micro objects and collectively utilising them to create a contrasting macro-perspective. His dynamic installation of Mao Zedong, made of 20,000 plastic toy soldiers, references the history of the objects – all are made in China.

Born in 1973, Black originally leaned towards sculpture, dabbled in illustration and decided to become a full time artist. Over the years, Black’s recognition in the London Art World has gained momentum due to his distinct mixture of image selection and craftsmanship allowing him to be labeled as a leader of the current Pop Art movement.

Readymade is a tribute to Marcel Duchamp, a mixed-media artist at the forefront of the Dada movement. Black references Duchamp’s concept of re-interpreting ‘readymade’ objects, as works of art. He does this through his use of generic items such as a porcelain urinal (famously titled “Fountain”). His process of re-imagining objects into works of art can be attributed to the pure representation of the concept and nothing else.

Black’s fame and cult-following (he counts U2’s Bono and Jimmy Carr as fans) is due to his continual exploration of the relationships between art and object often resulting in the creation of monumental pieces of art leaving the viewer in awe of both the scale and detail involved in his work.