By Madeleine Ross October 27, 2016
Intrepid photographer Steve McCurry is responsible for some of the most powerful images of the past century. He tells us about his evolution from photojournalist to wanderluster, and his latest adventure with Vacheron Constantin 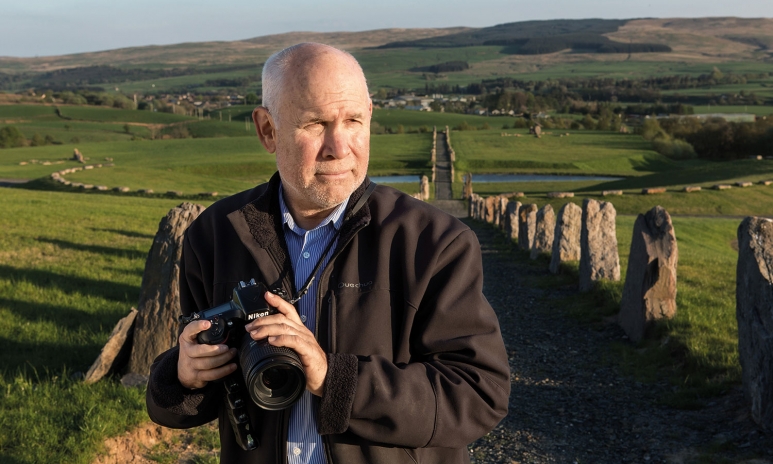 On assignment in disintegrating Yugoslavia 27 years ago, Steve McCurry hired a small plane with the intention of shooting images from the air. One afternoon, while flying over Slovenia, his pilot swerved dangerously close to a lake. The plane’s wheels caught on the water and the aircraft crashed. Water filled the cabin and the fuselage began to sink. “My seat belt was stuck,” remembers McCurry, “but an instinct for self-preservation kicked in and I was able to wrestle free.” He swam for the surface but his camera, with its evidence of the region’s unfolding ethnic conflict, remains 20 metres under water.

McCurry made his name as a news photographer documenting human struggle in hotbeds of civil unrest. The first major conflict he covered was the Soviet-Afghan War in the early 1980s. McCurry had been exploring India for several months when he decided to cross the border into Pakistan. There, in a small village, he met a group of Afghan refugees, some of them mujahideen insurgents fresh from the battlefield.

During McCurry’s time with the Afghan refugees, he photographed a 12-year-old girl, later identified as Sharbat Gula, whose parents had been killed in the Soviet bombing of Afghanistan. Her portrait was published on the cover of a 1984 issue of National Geographic and became one of the most iconic images of the 20th century. Some have likened her mysterious, piercing gaze to that of Leonardo da Vinci’s Mona Lisa. “I think the reason the picture resonated with people around the world was because it had a rare combination of emotion, beauty and sadness,” says McCurry.

"If you win their confidence and their trust, people will open up and allow you to photograph them.” — Steve McCurry

A group of insurgents eventually smuggled McCurry, disguised in traditional garb and with film sewn into his clothes, into Afghanistan just as it was closing to Western journalists. His photographs were among the first to show the world the brutality of the Soviet invasion and occupation. McCurry went on to document the Islamic insurgency in the Philippines, the Iran-Iraq War, the Lebanese Civil War and the Gulf War.

Since then his focus has shifted. McCurry no longer considers himself a photojournalist, but rather a visual chronicler of ancient traditions and contemporary culture. “I prefer to work now on other types of projects that allow me to photograph places and people that I’m curious to learn more about,” he says.

A recent project is the Overseas Tour, a campaign for watchmaker Vacheron Constantin that celebrates the spirit of travel. This collaboration saw McCurry embark on an odyssey to 12 far-flung locations over the course of 2016. His photographs of the first six destinations—the Aqueduct of Padre Tembleque in Mexico, the Chand Baori stepwell in India, the Vacheron Constantin headquarters in Geneva, Tsurunoyu Onsen in Japan, the Leshan Giant Buddha in China and Grand Central Terminal in New York—were released in June. The second part of his journey, illustrated in these pages, took him to Red Square in Moscow, the Dumfries region of Scotland, Lalibela in Ethiopia, the Paris Observatory, Samarkand in Uzbekistan and Chefchaouen in Morocco—sites of ancient mystique, historical significance and great natural beauty.

Below is a highlight from the second part of the photographer's global journey: 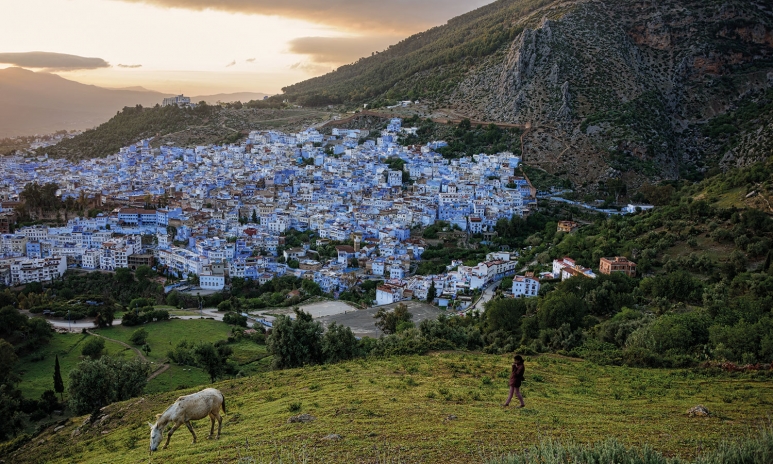 For almost 100 years, the inhabitants of this small town in the Rif Mountains have been colouring it blue. Historians are perplexed as to the reason for the tradition, but locals say the blue reflects the heavens. 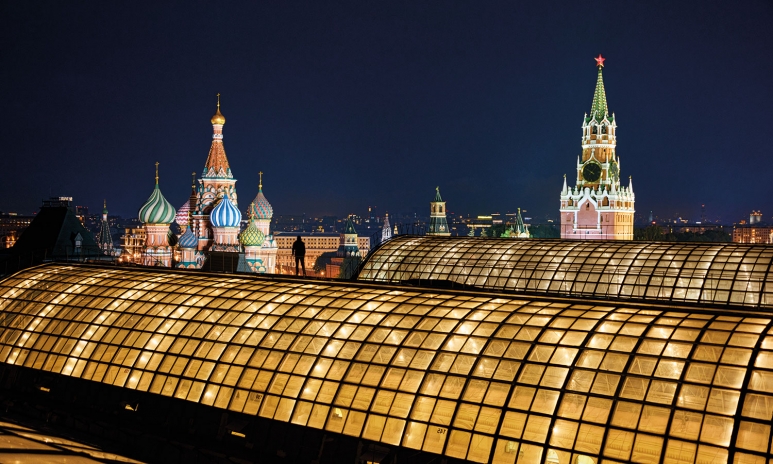 The fantastical domes and spires of Saint Basil’s Cathedral loom above the glass roof of the Gum shopping centre, giving McCurry a unique perspective on Russia’s capital. “Once night fell, this perspective took on a whole new and even more magical dimension when the Gum glass roof was lit up,” says the photographer. 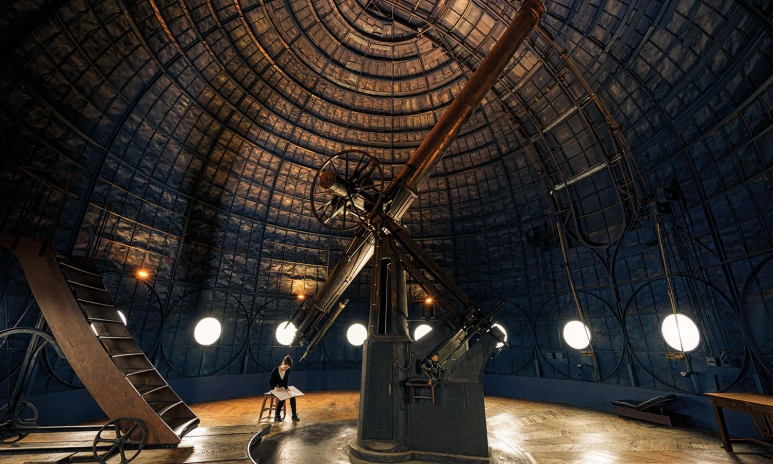 Built in 1667, the Paris Observatory is the oldest observatory still in operation. Its dome houses an astronomical telescope pointing towards the sky and drawing the visitor’s gaze towards infinite expanses.

“The Overseas Tour project with Vacheron Constantin itself is driven by the same curiosity about the world that is at the heart of this location.” 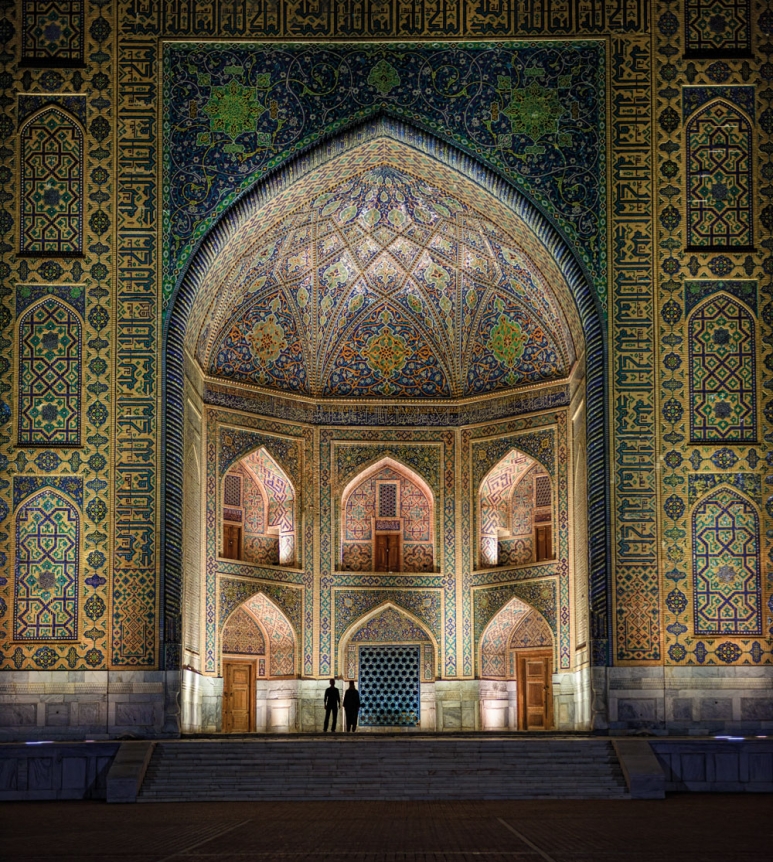 The ancient city of Samarkand was successively Greek, Persian, Turkish, Mongolian and Iranian. This image shows the ornate, gilded Tilya-Kori Madrasah (school) in the Registan, or public square. 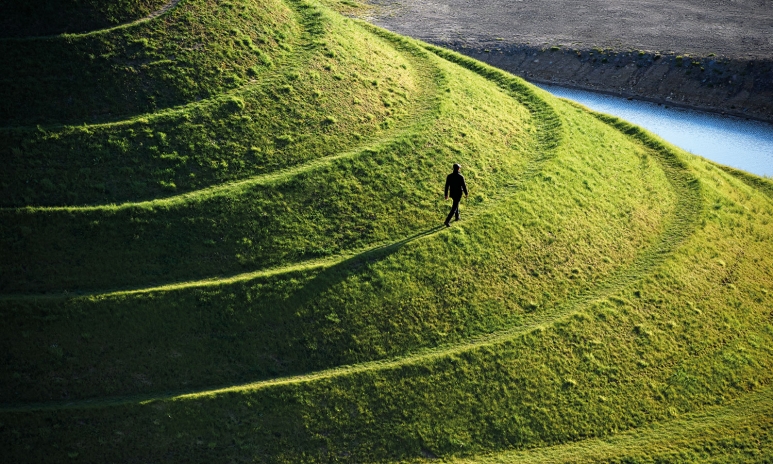 Nestled in the Dumfries region is a former opencast coal mine that has been transformed into a site of land art by architect Charles Jencks. “There is a cosmic feeling evoked by these structures,” says McCurry. 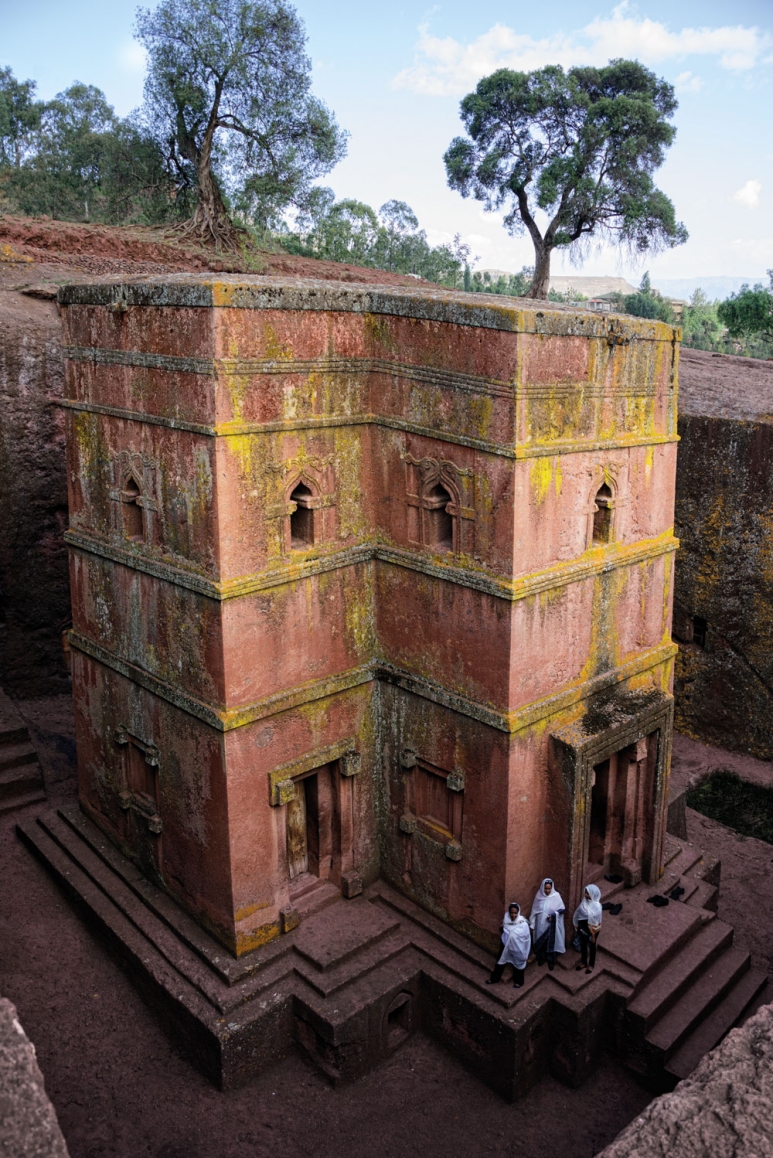 Carved out of rock in the 13th century, this holy site features 11 monolithic churches and was intended as a new Jerusalem. “These structures continue to be a point of pilgrimage today,” notes McCurry

Capturing images that stand the test of time requires patience, meticulous attention to detail, creativity and an openness to the world which are values that have driven Vacheron Constantin over its 260-year history. The Overseas Tour campaign aims to illustrate those core principles via the lens and  unique perspective of Steve McCurry, and, in turn, illuminate the brand’s new Overseas collection of watches designed for travellers.

While McCurry’s landscape photography is revered, it’s his work with people that has earned him fame. McCurry’s portraits, even those taken in confronting contexts, are renowned for their sense of humanity. How does he achieve such intimacy and trust with his subjects? “The most important thing I’ve taken away from these experiences is respect,” says the photographer. “When people start to feel disrespected, a relationship falls apart very quickly. No matter the language, religion or culture, if there is respect there comes trust. Trust is such an elusive and valuable thing, and so necessary to the process. I think most people actually want to have their picture taken. If you win their confidence and their trust, people will open up and allow you to photograph them.”

He doesn’t exactly form friendships with his subjects, but he does feel emotionally invested in their lives after taking their picture. On several occasions he has revisited places he explored decades earlier to look for people he photographed. In 2002, almost two decades after meeting her and after numerous unsuccessful attempts to locate her in the 1990s, McCurry and a team from National Geographic tracked down Sharbat Gula. “It was very emotional to see her again after 17 years,” he says. “For years we were not able to answer the questions: Who is she? Is she alive? How can we help her?” The now 30-year-old Gula was a mother of three. “We were thrilled that she was still alive, that she had a good life. I think she was a bit bewildered by the whole thing initially. She didn’t understand that her picture had been published all over the world. But we provided her with a television so she could see the documentary about our search for her.”

No one can contest the aesthetic merit of Afghan Girl, but the story of Gula’s fraught childhood, of McCurry’s expedition in Pakistan and of the turmoil engulfing Afghanistan at the time certainly enhances the power of this image. Indeed, there are fascinating anecdotes behind most of McCurry’s celebrated images. So, does a photograph need to tell a powerful story to be deemed a great image? “Some of the most well-known and great pictures do not have a fascinating story,” he says. “When I think of Edward Weston’s Pepper No. 30 or Ansel Adams’ Moonrise, Hernandez, New Mexico, those images do not have a story and are iconic images nonetheless.”

Henri Cartier-Bresson has influenced McCurry’s work the most. The late French photographer, often hailed as the master of candid photography, approached his craft with a sensitivity akin to McCurry’s own. “I think he had a keen eye and a great sense of humanity,” says McCurry. “Many of his pictures are like beautiful poems with a great sense of timing, composition and shape. His pictures are timeless. They are as fresh today as when he took them 60 or 70 years ago.”

Have no doubt: McCurry’s work will stand the test of time, too.