The Hunting Dogs of China

Following my last article, I would like to expand on the theme of China’s hunting legacy, specifically turning our attention to Chinese hunting dogs.

Over the past two hundred years, a large number of European hunt dogs have proliferated: from the more ancient hounds and molossers, recorded by the Greeks and Romans in different parts of Europe in the classical period, to various gun dogs such as pointers and setters. Asian hunt breeds, however, are largely obscure in the Eurocentric world of canine appreciation. Indeed, beyond the elegant Afghan and sleek Saluki, European knowledge of Asian dogs stop almost vertiginously at the Himalayas, with the Tibetan mastiff only becoming more recognised in recent decades, while knowledge of hunting breeds in China remains virtually non-existent.

This lacuna of knowledge is particularly regrettable given the significance of China as an early centre for dog domestication. Genetic studies in recent years have shown the Far East to be one of the places where domestication of the wolf occurred, and historic records have established a clear east-west movement of dog “breeds” following nomadic migrations and trade routes from around the time of Alexander the Great down to the early Middle Ages.

Successive waves of nomads – Scythians, Huns, Sarmatians, and Alani – brought seismic transformation to the European political landscape and introduced new military technology, inventions, artistic taste and exotica from the east. But they brought something else, too – domestic animals, particularly those faithful companions of nomads: horses and dogs. As an illustrative case, the Alano Espanol, brought to the Iberian Peninsula by Sarmatian warriors in the late Roman period, which was once thought to have died out by the mid-20th century, shows just how strong the canine link between Europe and Asia really is. 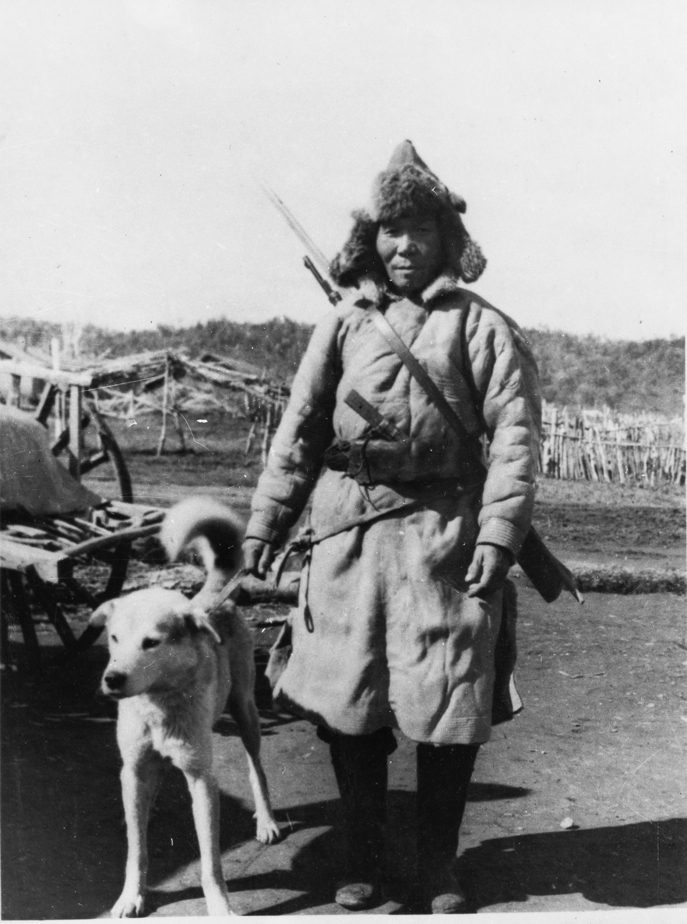 Given the extensive interaction between China and the nomadic world since the rise of nomadism in inner Asia, and the fact large tracts of northern China were once grazing land, how is it possible that there are no native hunting and war dogs in China?

Interestingly, one of the earliest pastoral groups in China, Xirong, or Quanrong as they were sometimes called, had a brace of white dogs as their totem. The name “Quanrong” loosely translates into “dog warriors”, and it is notable that founders of the Zhou dynasty – in many respects, the first truly “Chinese” dynasty – were culturally related to the Quanrong. Various tribes of Xirong were active in the pastoral areas of today’s northwestern China, whose territory overlapped with the contemporary Saka / Scythians. Despite the lack of written record, we may be sure that some form of cultural exchange, perhaps war and marriage, must have occurred between the two groups.

Today, an indigenous breed of hunting dog still exists in the western province of Sichuan, where descendants of the Xirong settled. Readers may compare for themselves the look of the Chuandong hunting dog of western China and the Alano Espanol (both pictured below). As far as I am concerned their phenotypical resemblance is remarkable and bespeak of a common ancestry in the distant past. If I may take a further leap of faith, by postulating a connection between the ancient Xirong and Scythians – two of the oldest nomadic groups in the world – may we perhaps even hypothesise an ancient dog breed of the molosser type originating in northwestern China / inner Asia which eventually spread to Europe through the trading and warlike activities of the ancient nomads? 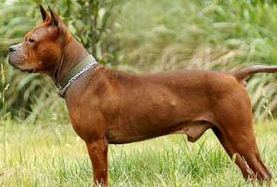 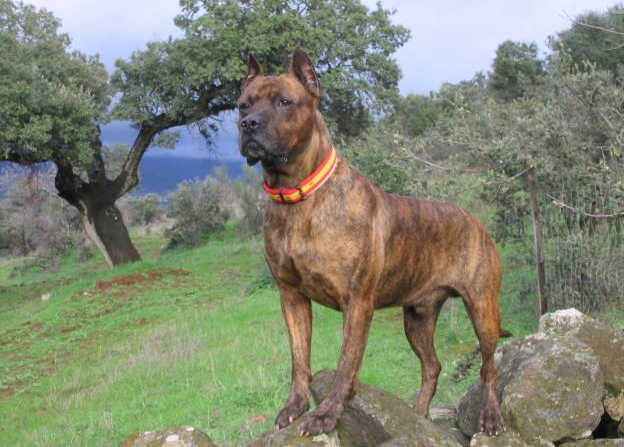 My travels in western China have been limited to cultural exploration and social work in the past, and I look forward to future opportunity to find out more about the local breeds there. But peregrinations elsewhere, particularly in Inner Mongolia and Guangdong – the northern and southern extremities of the country – have exposed me to the quality of the indigenous hunting dogs in China.

As an adopted member of the Orochen, the last hunter-gatherers of China’s boreal forest, I am keenly aware of the social significance of hunting dogs, which are valued for their ability to track and hunt large game from roe deer to wild boar and bear. And among the Orochen, the best dogs are renowned trackers of boar and often bred for that purpose. Observing the Orochen’s dogs today, it is extremely hard to speak of a “breed” in the modern sense, as dogs are kept for utilitarian purpose and although care is taken over their upkeep and health, conditions of their existence are extremely primitive and there is little or no control over breeding as such. Any dog that executes well tasks in tracking and hunting is considered a good dog, irrespective of colour and shape. Generally speaking, though, some of the best hunting dogs I have seen bear hound-like characteristics, with long limbs and a physique that is built for agility and speed rather than power. 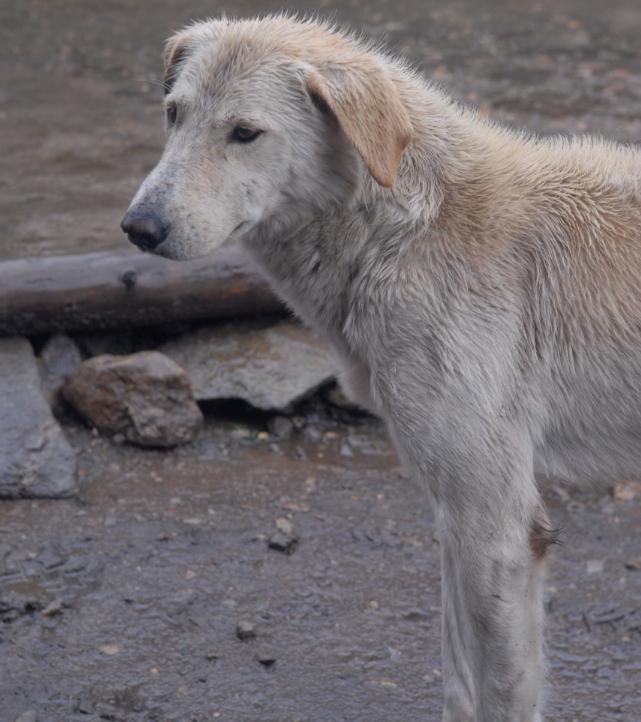 At the other end of the country in southern Guangdong, despite the economic preponderance of agriculture, subsistence farmers often augmented their largely vegetarian diet with domestic poultry and, importantly, wild game captured in the dense subtropical woods, which are never more than a short walk away from the villages. The practice of hunting must have been particularly important during famines that periodically ravished the area. The promise of wild game offered subsistence farmers in Guangdong – and indeed, throughout the hill provinces of Guangxi, Yunnan, Guizhou, and Sichuan – a welcome relief from the arduous and unending labour of tilling, as well as the excitement and adrenaline of the chase. To this day, farmers and dog breeders in rural Guangdong and the New Territories in Hong Kong like to brag how their dogs bring back kills from nearby woods.

As a traditional bonemouth Sharpei owner, I have the privilege and pleasure to observe up-close the hunting instincts of these indigenous dogs, who find no greater delight than to roam free in the wild, effortlessly dancing on their feet, with nose close to the ground and tail curled into a fine crescent, always on the trail as their ancestors had been – fine hunting dogs to the bone. 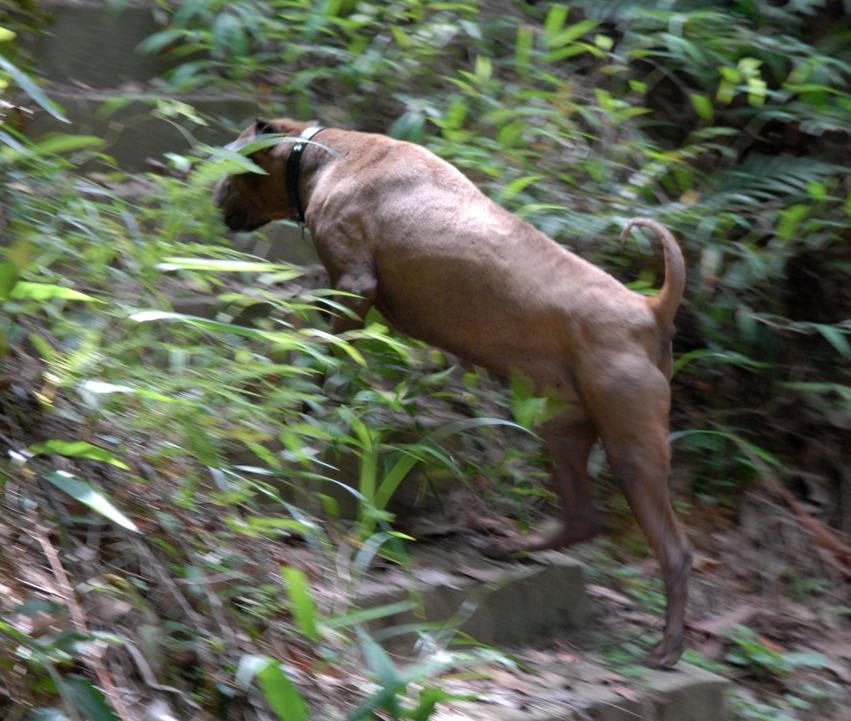