See the urban world through the Argentine artist’s comical maze, where the automaton “everyman” reflects the artist’s multicultural fascination and a sense of sarcasm 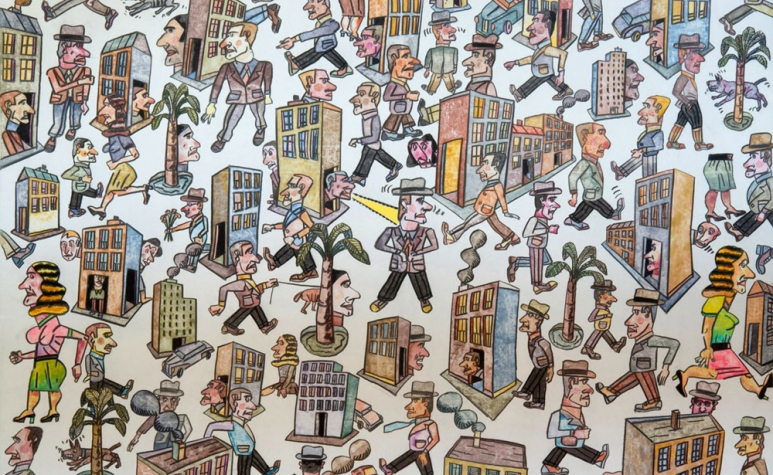 Heralded as one of the most prominent Latin American artists of his generation, Cordoba-born Antonio Segui began his artistic endeavours during his world travels around North Africa, Latin America and Mexico.

Inspired by his exposure to multiculturalism, the Argentine artist has adopted a playful and comical approach in his story-telling artworks.

Segui’s signature graphic cartoon-like style truly blossomed during his relocation to Paris in the 1960s, where he held his own workshop and taught at the École Nationale Supérieure des Beaux-Arts of Paris. 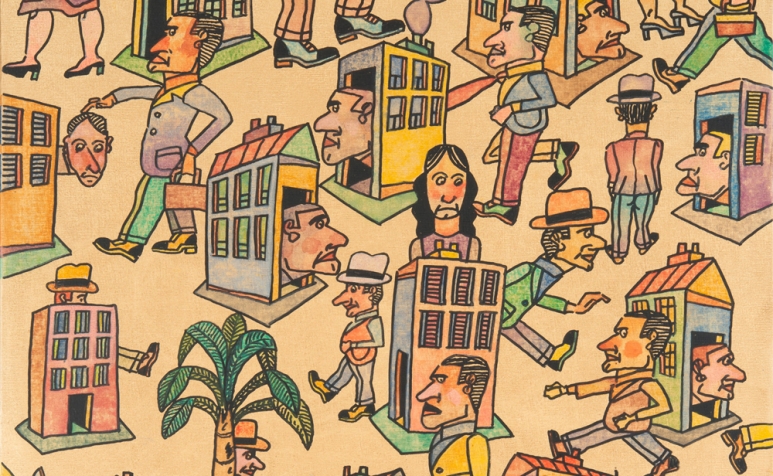 Under the influences of artist Diego Rivera and Fernand Léger, the artist’s works are satirical critiques of man both within and outside of society. Through his mischievous and repetitive drawing of cartoon-like figures, numerous perspectives reflect the many angles of life of the urban man.

The artist’s fascination for urban life has enlightened him to create the idea of the “everyman”, which is an expressionless passerby rendered anonymous amongst the great swarm of individuals trudging alongside him.

While from a distance, all the monotonous-looking figures appear to be swallowed up in a labyrinth of buildings and the fast-paced city. Up close, each figure is actually an individual who are engaged by different activities in their lives.

Segui’s amusing and cynical art pieces allow us to rethink our urban life through a maze of architectural gaps and irrationalities.