A new heavily revised, track-only version of McLaren's compact Sports Series supercar, the 570S, has made its dynamic debut at this year's Goodwood Festival of Speed (FoS) in the UK 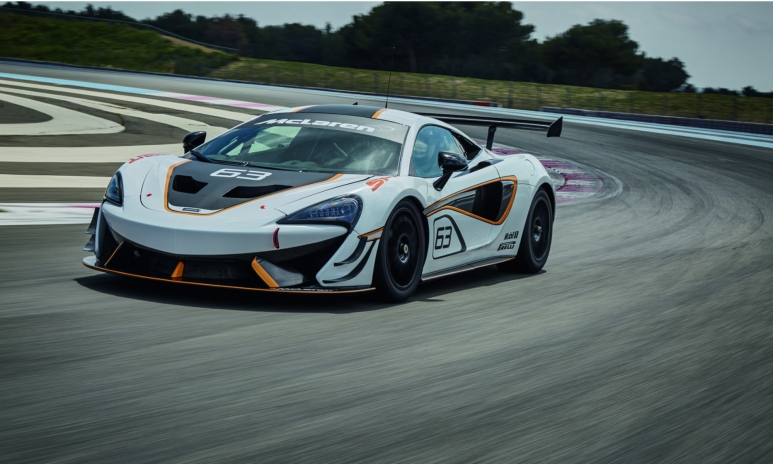 One of the biggest challenges facing supercar makers is not building cars that can hit 200mph, it's building cars that are super fast while being super compliant with the legislation that deems a vehicle fit for use on public roads.

But where the McLaren 570S Sprint will be heading, these laws won't apply. That's because despite a £148,000 price tag ($218,000) -- £5000 more than the street-legal version -- this supercar is track only. And as it's not homologated for a particular competition, it has no race series performance restrictions either.

Instead it is built to lap up circuit after circuit on the limit. And to ensure it's incredibly difficult to surpass those limits and kiss a retaining barrier rather than the apex of a bend, there are some heavy duty aerodynamic changes. The most noticeable is the huge, fixed wing rear spoiler which, McLaren boasts, generates the highest levels of downforce ever seen on one of its Sports Series cars.

A new front bumper punctures the air and sends it under, over and through the car. Along the flanks, the door shapes push air into side-mounted radiators for engine and ancillary cooling -- an absolute necessity when constantly pushing a car. 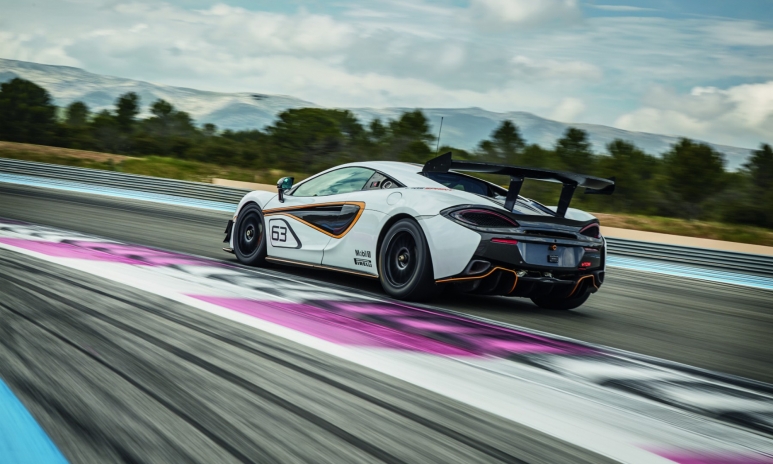 And if things do come unstuck, the car has a proper FIA-approved roll cage and seats with six-point harnesses and there's also the obligatory integrated fire extinguisher system.

Of the new car, McLaren CEO Mike Flewitt, said that it was a chance for more people to own a true McLaren race car, something that even a few years ago would have been completely out of reach to anyone other than an exceptional few. "[It is] about being an engaging and exciting drive. The launch of the Sports Series has broadened McLaren to a new audience, introducing technologies to the sports car market and to a new group of customers."

The 570S Sprint will be taking part in this year's Hillclimb competition at FoS alongside its slightly bigger brother, the 570S GT4 which is built to compete in GT4 racing. And anyone who orders a Sprint but decides they want to take things further and start racing properly will be able to upgrade the car to the same FIA-approved GT4 specification.