The Unlikely Surfing Hotspot in The Arctics

More than a thousand surfers come each year to the Arctic waters in northern Norway, even during winter, when the conditions provide extreme sports enthusiasts with a unique experience 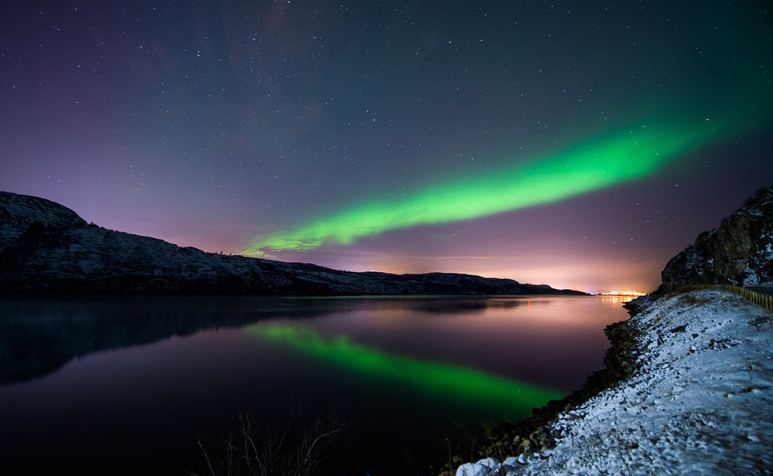 At Unstad, on the island of Lofoten, where the landscapes are among the most stunning in Scandinavia, the warmth of the Gulf Stream produces ice-free waters all year round.

In winter the snow-covered mountain-tops form a beautiful horizon, with cool colours reflected in the fjords themselves.

At that time of year the Norwegian Sea is about five degrees, despite the air temperature being around freezing. Brave surfers don full body suits, five to 7mm thick, with hoods, boots and gloves.

"Being in the Arctic is a surfing adventure, a completely different experience from anywhere else in the world. Surfing here is more of a mission. With the cold, you can't just put on a suit and do a bit of surfing, you have to be fully prepared," said Tommy Olsen, owner of Arctic Unstad Surf.

The advantage of this spot north of the Arctic circle is the waves that are produced by the west coast of Europe and the rocky coast on which they break.

This unusual tourist destination attracts Scandinavians and surfing enthusiasts - amateurs or professionals - from around the world who can in one day surf and ski.

Instead of encountering sharks like in traditional tropical waters, the surfers in Lofoten are more likely to see seals and killer whales, and if they are lucky, maybe even the northern lights.