What You Need to Know About Investing in Designer Handbags

Forget stocks and shares. If you want to score big returns —and look fabulous at the same time—the answer may be close at hand 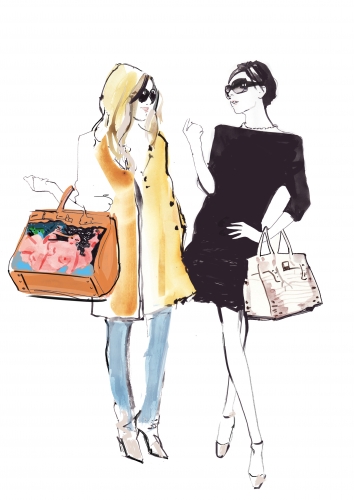 Editor's Note: Hong Kong Tatler editor-in-chief Claire Breen Melwani will be part of the Christie's Art Forum— The Changing Market for Handbags and Accessories: The New Focus on Quality, Craftsmanship, and Collectability— taking place between 5-6pm on May 26 at the Hong Kong Convention and Exhibition Centre. Click here to find out more and to register for the talk.

Kim Kardashian strikes again. The woman with the most photographed derrière in the world and global fashionistas like Victoria Beckham are the latest in a long line of stylish celebrities who have helped the high-end, high-price luxury handbag keep its iconic status—and, it has emerged, its status as an absolute, dead-cert investment opportunity.

This year, researchers at luxury online marketplace Baghunter set out to compare the performance of three popular forms of investment: gold, the S&P 500 Index and Hermès Birkin bags. Between 1980 and 2015, the S&P 500 returned an average of 11.66 per cent a year, while gold managed just 1.9 per cent. But Birkin handbags’ increase averaged 14.2 per cent, say Baghunter number crunchers. And they point out that unlike the S&P 500 and gold markets, which have fallen as well as risen, the value of Birkin handbags has never dipped, providing year-on-year increases without fail.

“Despite warning signs globally for many of the traditional investment markets towards the end of 2015, the luxury bag industry has remained as strong as ever, experiencing continued growth, with demand at an all-time high,” says Baghunter CEO Evelyn Fox. “An investor who manages to get their hands on a brand new Birkin or one in pristine condition can sell it almost immediately for up to 120 per cent of its value on the secondary market. There is simply no other investment that can offer similar prospects.”

Some of the world’s most sought-after handbags went under the hammer in December at Christie’s Hong Kong Handbags & Accessories auction, with 95 per cent of lots sold for a total of US$6.2 million, a new Christie’s record for this category. The top sale, US$153,000, was a Matte White Himalaya Niloticus Crocodile Birkin 30 with palladium elements by Hermès. [Editor's note: During the Christie’s Hong Kong handbag and accessories auction on June 1, the Diamond Himalaya Birkin is expected to be sold for up to HK$2 million.]

“These figures highlight the fact that the finest and rarest handbags are now considered true collectible items,” says Matthew Rubinger, international director of handbags and accessories at Christie’s. “Fifty-two per cent of lots sold above their high estimate and six of the top 10 handbags realised more than US$100,000.”

Specialist online marketplaces have emerged to make the most of the luxury handbags gold rush. In addition to Baghunter, fashionable investors can buy and sell on Portero, Snobswap and Lollipuff. But with so many opportunities and options, where should the first-time handbag investor spend their money?

“In terms of investments, it’s best to stick with the classics, like the Hermès Birkin and Kelly bags as well as Chanel’s Flap bags,” says Portero director Alexis Clarbour. “If you’re looking for an entry-level resale bag, try Louis Vuitton Neverfull or Speedy bags. Goyard has also become an excellent investment with their classic Saint Louis totes. We’ve seen drastic retail price increases for all over the past few years, which results in a higher resale value.”

In terms of investments, it’s best to stick with the classics, like the Hermès Birkin and Kelly bags as well as Chanel’s Flap bags

Lollipuff co-founder and fashion blogger Fei Deyle says, “Chanel’s bags, particularly the classic designs, steadily rise in value every year, and this has been happening for well over 20 years. Darker coloured bags in durable leathers like caviar leather are particularly popular in resale because they hold up well with use.”

But regardless of the brand, it’s important to investigate the collectible market before jumping in, says Peter Loughrey, founder of Los Angeles Modern Auctions, which specialises in 20th-century modern art and design. “Just as you shouldn’t buy a house without checking out the neighbourhood or buy stocks without knowing their history,” he says. “There have been several well-advertised auctions of handbags over the last few years; look at those results and you should see some trends and patterns start to appear.” 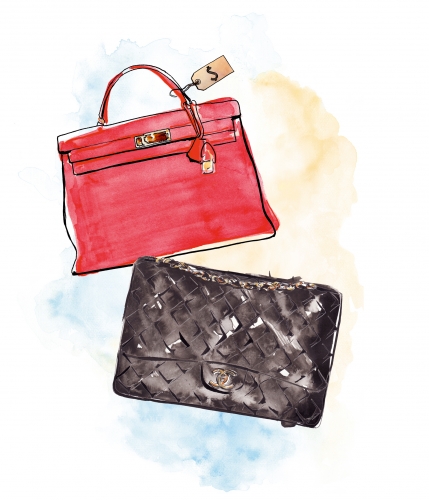 Where buyers and sellers intend to ply their trade is also a factor. Snobswap co-founder Emily Dang says geographic trends have emerged as millions of fashion-conscious users look for investment opportunities online.

Portero’s customer base in Asia is also growing, with many of its customers investing in Hermès today whereas they previously had favoured Chanel and Louis Vuitton. “They understand that is where they will see the highest return,” says Portero’s Alexis Clarbour. “Many of our Asia-based customers are interested in bright-coloured bags, mini bags as well as accessories for their bags, like Hermès twillys and charms. When these trends emerge in Asia and spread to Europe and the US, Asian resellers can flip their bags for a higher value while it is still a trend in the US.”

And while fashion by its very definition can be fleeting, don’t expect the boom in luxury accessories to dissipate any time soon, say those in the know. “Designer clothing, handbags, shoes and accessories are not a fad,” says Deyle. “Designer goods truly are more beautiful and higher quality than lower-cost alternatives. Plus, brand recognition is important to many fashion lovers out there. And when bought pre-owned, the prices can be heavily discounted. Personally, I prefer a high-end, well-made Chanel bag over 10 random mediocre-quality bags. Quality over quantity is the idea, and there are many people out there who believe the same.”

Dang agrees that secondary markets for top-end examples have a rosy future. “The resale and consignment industry has been around for decades and online resale is the fastest growing e-commerce trend,” she says. “Given the value appreciation of certain brands and the fact that resale is recession-proof, resale will be around for a very long time.”