Restaurant, $$$$, International, Central

Most come to Azure for the tourist-friendly rooftop views over Lan Kwai Fong, and the bar makes it a nice place to unwind after work over cocktails and wine – but the restaurant needs a whole lot of work to make its dining experience palatable. 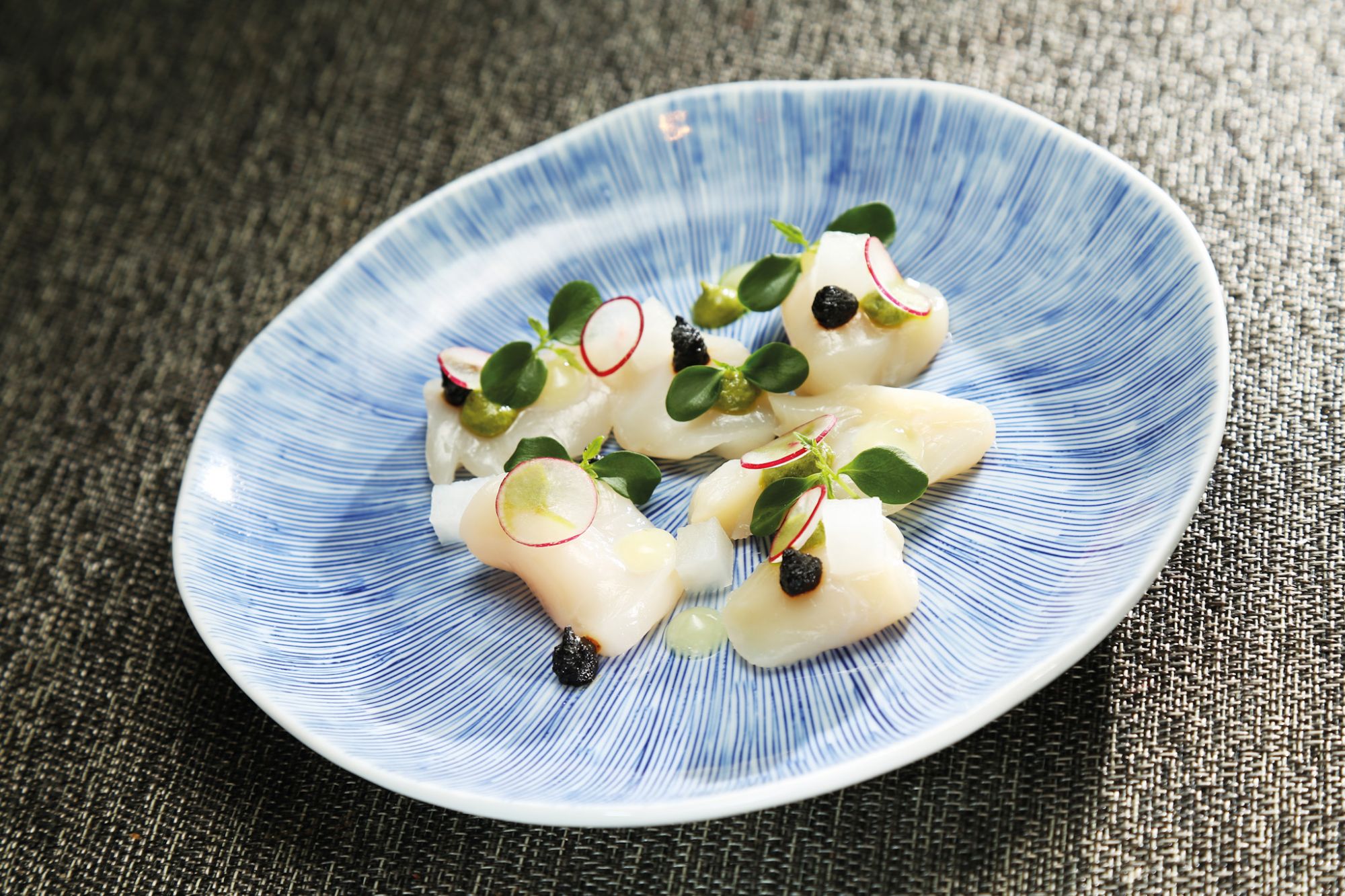 Most people come to Azure for the views from the deck – and not for the interiors. After ascending the marvellous spiral staircase, you’re met with a scene that looks like it emerged out of the dotcom boom. The high-ceilinged room is decked out in a heavy dose of leather and funky lamps; under ample daylight, however, the furnishings are really starting to show their age. We noticed a plethora of broken chairs and tables, cracked leather upholstery that’s clearly seen better days and a grungy toilet that’s more suited to a dark nightclub. It’s hard to ascertain the typical clientele, because the restaurant was nearly empty (only one other table was occupied) on our visit.

Azure’s menu focuses solidly on surf-and-turf. Despite a lot of flowery descriptions and artisanal-looking line drawings, the ingredients don’t hold up their end of the bargain – and in many cases, they don’t even match the menu descriptions at all.

Take the somewhat sweet citrus-marinated sea scallops, which are marinated in yuzu; according to the menu, they’re supposed to be served in the shell, but on our visit they obviously were not. Similarly, the menu-described “fresh Australian mussels” are clearly green-lipped mussels from a frozen bag – but there’s a saving grace on this dish, as they are prepared in a lovely herb-infused cream sauce that proves to be a delectable highlight.

Shockingly, we aren’t asked about the doneness levels when we order the wagyu beef tenderloin, given that we’re paying HK$398 for a piece of beef. It arrives with a generous portion of roasted bone marrow (served in the bone) atop an unfortunate, flavourless bed of standard mashed potatoes and generic vegetables. This dish serves as a good representation of our overall Azure experience: pricey, amateurish despite being something rather simple and memorable for all the wrong reasons.

Azure’s bar generally shines – and since it shares the drinks menu with its downstairs counterpart, there are ample options in this department. With a broad beverage selection including some creative cocktails, the restaurant features a new craft beer menu as well as 100% biodynamic and organic wines.

On our visit, service clearly fumbled. Upon arrival, we were left standing in the foyer of the restaurant at the top of the stairs for nearly 10 minutes before being seated, despite there being more floor staff members than customers at the time. We were not asked about doneness levels on our steak until after we flagged down the waiter, who had quickly left the table to put in the order. On departure, the staff didn’t bid us farewell or even say anything – they were looking at their mobile phones.

Given the poor quality of the food and the service, coupled with the atmosphere, Azure’s prices are suited for a much higher standard of restaurant, and thus it does not offer good value for money.