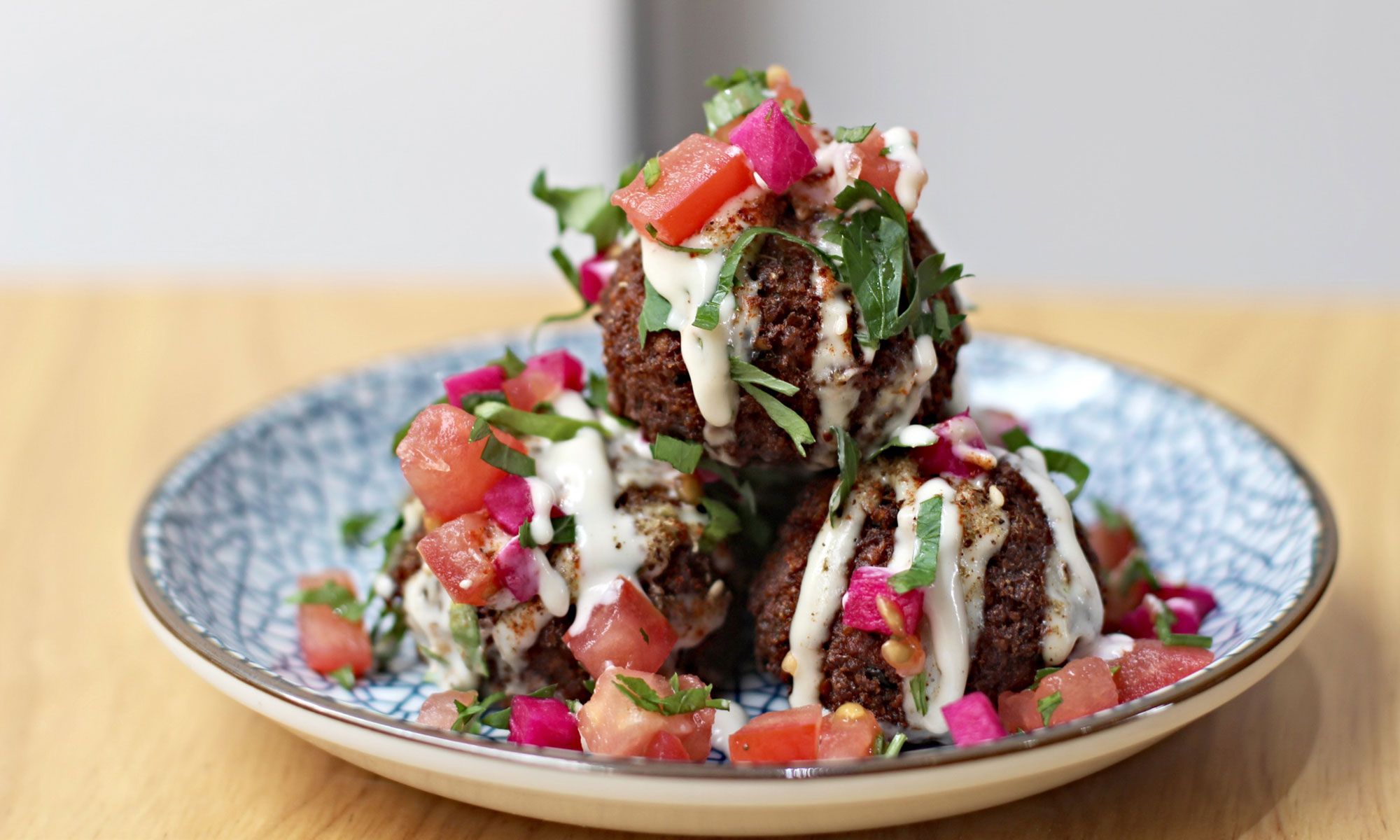 Mama Malouf is a new Middle Eastern restaurant recently opened in Kennedy Town. Adjacent to The Catch, its sister restaurant, the new establishment is petite, with an L-shaped dining space, and simple interior design that resembles more of a contemporary home than one embellished with ethnic elements. Globe lights hanging from the high ceiling and light earthy tones of the space bring warmth, while a wall shelf display of coffee table books enhance the home feel of the space.

While wildly underappreciated in the city, Middle Eastern cuisine is vibrant in flavour, though sometimes mistaken to be pungent in spices. The word ‘Malouf’ may remind you of celebrity chef Greg Malouf—Mama Malouf is actually opened by the famed chef’s nephew, whose mother opened and operates a number of restaurants in Australia. The restaurant serves a rich array of Middle Eastern dishes, with a strong focus on sharing plates including mezze, or light appetisers, and meaty mains. We began with mama’s mezza, a platter of dips including hummus, baba ghanoush (smoked eggplant dip), cucumber and tarragon labne (strained yoghurt cheese) and mixed olives and pickles. Served with thin flat bread for dipping, we enjoyed the hummus and the baba ghanoush the most: the former has a whipped  silky texture while the latter is smoky with just a touch of sweetness. The labne was slightly too tart for our taste but the herbaceous tarragon was a pleasant touch.

One cannot have Middle Eastern food without traditional falafel. Served with a blanket of yoghurt tahini (sesame paste) sauce and pickled turnip salad, these chickpea dumplings are golden brown, crisp on the outside and slightly loose inside. The chopped pink pickled turnips are sweet and tart, matching well with the yoghurt sauce.

There are fewer options for mains at Mama Malouf. The skewered chicken with rice and peppers features two large metal skewers of cubed chicken, alternating with green peppers and red onions, both caramelised with sweetness while most of the chicken pieces are tender, while the cardamom-spiced basmati rice makes a good accompaniment. The slow-cooked lamb shoulder with Baharat spices was a let-down. Despite being slow-cooked the lamb was dry and too tough. The farro at the base shared the same texture too, but the hint of spice was just right and chunks of pumpkin and shallots are tender and sweet.

For dessert, we opted for the baklava sandwich with cardamom coffee ice cream. The traditional Middle Eastern dessert made with alternating layers of filo pastry and nuts are reinvented into golden pastry with an orange blossom glaze, halved and sandwiching a generous helping of cardamom coffee ice cream. The dessert is lightly spiced and pleasantly sweet, a great ending to the meal.

While the options for wine by the glass are abundant, guests at Mama Malouf should consider their house made non-alcoholic beverages which show the restaurant’s strength in presenting drinks that are inspired by the Middle-Eastern cuisines. The Homemade Lemonade with Orange Blossom starts off tart but the light floral touch of orange blossom slowly builds up on the palate and lingers on. Toasted pine nuts are added to the homemade Date Soda, a fizzy version of the sweet fruit of the Middle East. The sweetness is pronounced but not cloying, great for cutting through the richness of the meaty main courses.

Service is proper at Mama Malouf, but not over the top. The staff are well-versed on recommending the restaurant’s signatures to guests, but portion control and further description of dishes may need room for improvement. Service when the restaurant is at full capacity may be a bit slow but once you get the attention of the staff they are mostly friendly and helpful.

A dinner for two including two beverages amounts to slightly more than HK$850. The mezze at this Middle-Eastern restaurant are reliable, making it a good place for some light bites and drinks.