Restaurant, $$$$, Japanese, Sheung Wan

We check out the first Hong Kong outpost of the famed Ginza sushi restaurant and see if it&rsquo;s worth its hefty price tag 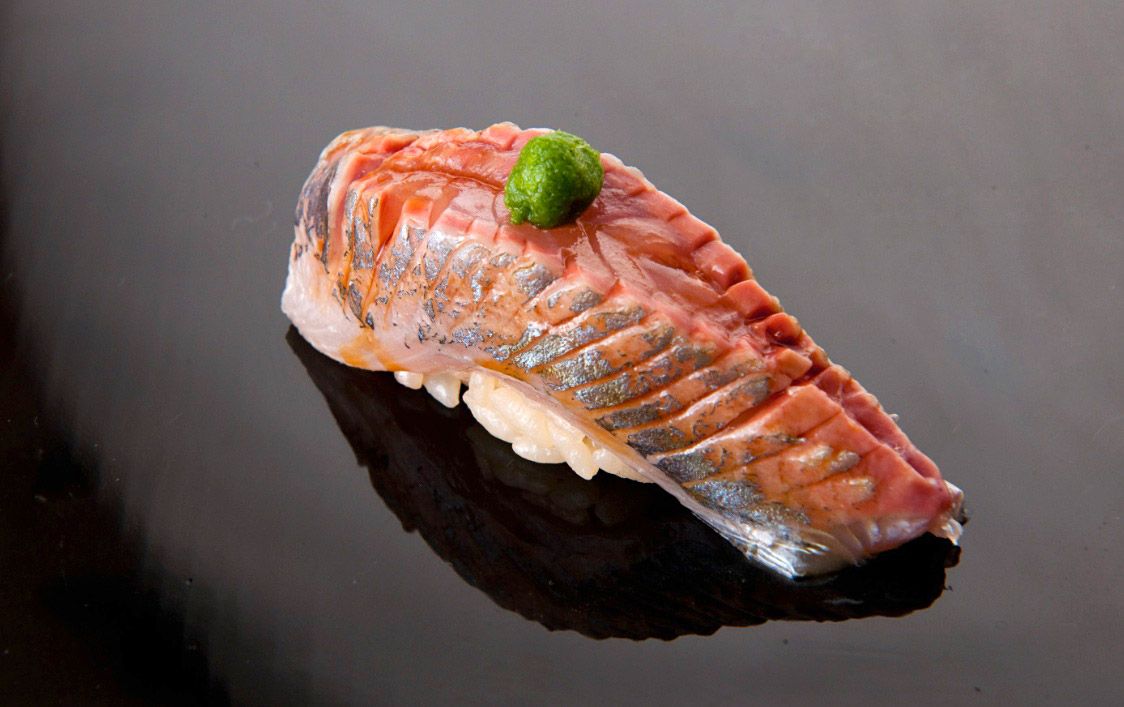 The first thing you will notice as you enter Sushi Yoshitake at the Mercer Hotel in Sheung Wan is the difference between the tiny, spartan sushi bar’s interior and the rather gaudy hotel it is housed in. The second thing you might notice is the gentle smell of yuzu in the air. Seating only eight guests, Sushi Yoshitake is Japanese sushi chef Masahiro Yoshitake’s first outpost in Hong Kong. With a polished, light coloured sushi counter separating the two chefs and the diners, the atmosphere is tranquil and does an excellent job of credibly transporting customers to a small sushi bar in one of the posher areas of Tokyo, perhaps even chef Masahiro’s own original restaurant in Ginza.

There is no written menu at Sushi Yoshitake. Rather, diners have a choice of three set menus, priced between HK$2,500 and HK$4,500, and all are served omakase-style, i.e. the chefs decide what to serve depending on season. As you are seated, the chef will ask politely whether there is anything you dislike or would particularly like to try, and then without further ado, the show begins. Some of our favourites dishes include an abalone, served cold. The abalone is slightly sweet and briny and is perfectly complemented by an abalone liver sauce, a specialty of chef Masahiro’s. Dark brown in colour, it resembles kani miso (crab brain) in both texture and flavour, and is a genius complement to the abalone. The best part is just as we were contemplating how to get the rest of the delicious sauce off the plate, the chef leans over and plonks a little ball of rice in it, so we can mop up every last drop. Speaking of rice, the restaurant uses traditional red vinegar in their rice, so that it almost looks like brown rice. It is tart, with quite a liberal amount of wasabi, before being topped with whatever seasonal fish the chef chooses. On the night of our visit, the highlighted fish was snapper, and we were served a variety of it. The best was the goldeneye snapper, almost buttery in its creaminess. We also loved the texture of the sea eel, one of the silkiest we have ever tried. Another highlight is the skipjack (bonito) tuna: speared by several long skewers, it is quickly lit on the grill, and the delicious aroma pervades the restaurant. The outer skin is perfectly crispy and this is served with a bright green scallion and ginger puree in a light soy sauce. Unlike most sushi restaurants, we were not given a bowl of noodles or any fruit to finish, but it is highly unlikely you will require after such a feast.

Served in chilled round earthenware pots, the sake selection at Sushi Yoshitake is not hugely extensive, but more than adequate. Make sure to ask the chefs for recommendations, as our meal was greatly enhanced by their suggestion of pairing the lighter dishes with a fruity sake before moving onto a heavier and drier sake for the later dishes. Both were reasonably priced at HK$250 for a small pot.

While the setting may seem almost austere in its simplicity, the friendly dynamic between chef Masahiro and his sous chef Yoshiharu Kakinuma instantly puts diners at ease. While handing us our goldeneye snapper, sous chef “Kaki” solemnly introduces it as the “James Bond snapper”. “He makes the same joke every night,” sighs chef Masahiro. Chef Masahiro’s English is not fluent, but chef Kaki will make sure to introduce each fish carefully for him.

There are three set menus, which are priced at HK$2,500, HK$3,500 and HK$4,500 respectively. While that is very expensive, you do save money on not having to buy a plane ticket to Tokyo to try chef Masahiro’s creations.