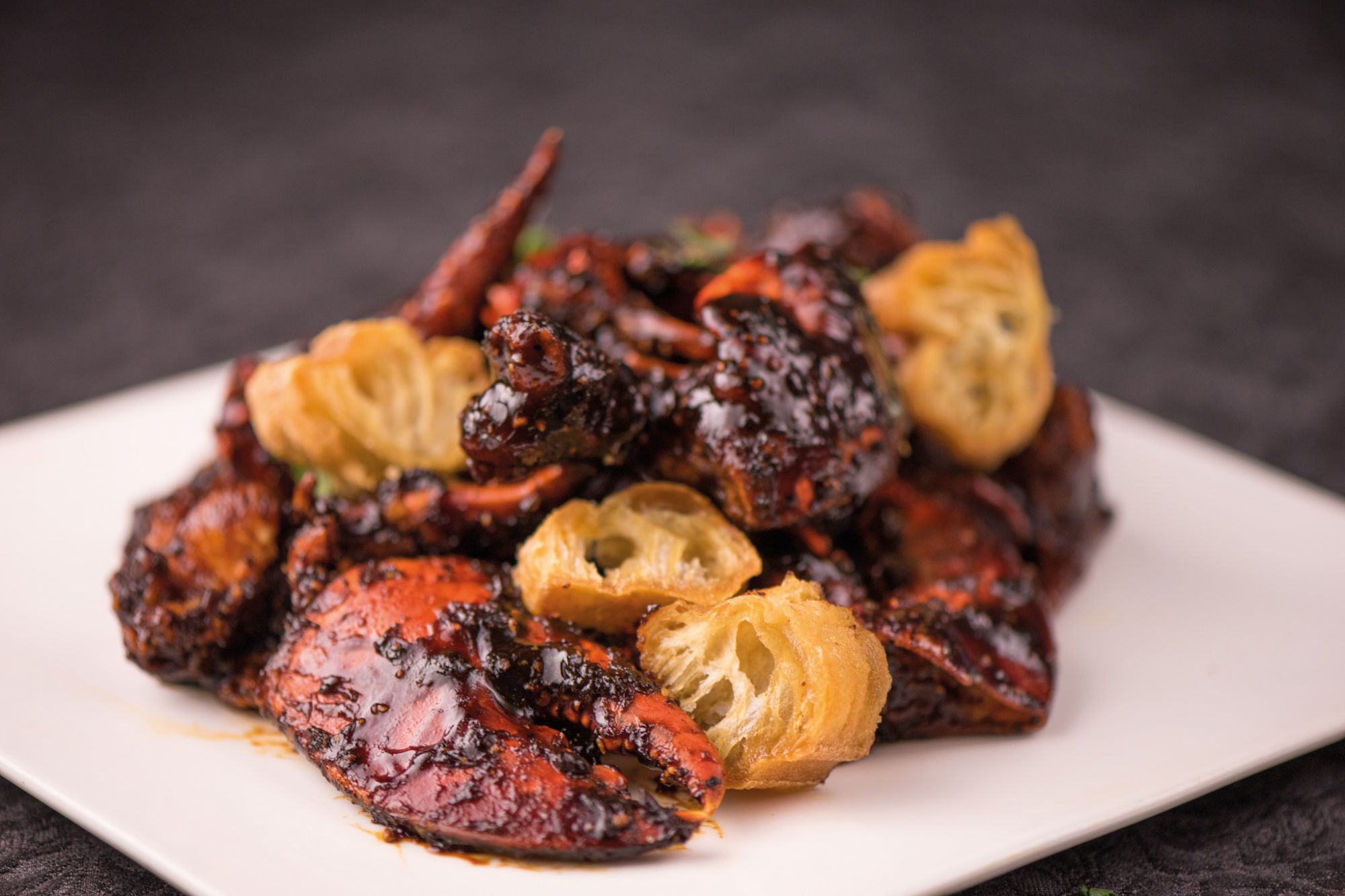 It’s been two years since my last visit to ToTT’s and I must say, it’s unfortunate to see the décor has remained unchanged. In fact, it’s clear to see it’s remained the same since the early 90’s. There are far too many glossy, glitzy surfaces – our surroundings should take a backseat to the view, if anything. And this is what you would come to ToTT’s for anyway – an expansive, sprawling view of Victoria Harbour. Tables by the window are quickly snatched up according to the receptionist who took my call, yet most remain empty during this particular evening. Music matches the interior – a puzzling mishmash of hits long past.

ToTT’s serves cross-continental fare and one look at the menu reveals the chef’s predilection for four things: seafood, beef, truffle and funnily enough, boudin noir. As such, what better way to kick off an evening than with a grand seafood tower for two? The oysters are from Australia – fresh and briny – however the sashimi is a touch haphazard (we would have preferred some prawns instead, for example) and the crab legs and lobster are alarmingly salty and waterlogged. The roasted beef flank is encouraged over the sirloin, and luckily it tastes better than its gory appearance on the ridged plate (my dining partner likened it to a murder scene). The beef could be less chewy, but has enough flavour and seasoning. Be sure to order sides with this though, as it doesn’t come with much more than half a roasted baby onion and some microgreens. For something lighter, steamed grouper is a good option, but is unfortunately overcooked this evening. To finish, the vanilla soufflé is tiny enough not to justify its 20-minute preparation time and forgettable all round. The apple crumble is falls victim to a similar fate, if not totally standard and a bit too sweet and gooey.

A cross-continental selection of wine matches the direction of the menu, with a range of grape varieties represented. Available by the glass or bottle, there is also a fun cocktail list.

It is, understandably, common practice to have trainees on the floor at international hotels, but I struggle to accept how it’s a good idea to send them out completely ill-equipped. I don’t need someone bending over me to read out the menu word for word out in a panic to fill silences whenever I ask questions, with even the most basic queries eliciting nothing more than a blank look.

A meal for two with a glass of wine each will come to about HK$2,400, which would be better spent elsewhere, even with a view like that. Come here for a drink instead.