Between Oxford, Cambridge, and the Ivy League schools across the pond, it was a tough choice amongst our readers 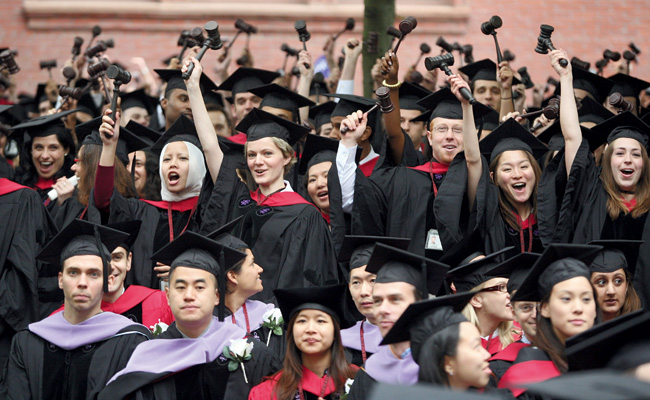 Harvard University has claimed top spot in the influential Times Higher Education World Reputation Rankings every year since the list’s inauguration in 2011, and that sterling standing is clearly just as strong in Asia as the Massachusetts-based Ivy League school aced our awards. Chosen as the Favourite University by all eight of the Tatler regions, Harvard has the stats to back it up: it has the largest endowment of any university in the world, at US$36.4 billion, while the Harvard Library is the largest academic library in the world, boasting a collection that includes 18.9 million books, 400 million manuscript items and 10 million photographs. Moreover, the 378-year-old institution has, to date, produced an impressive 47 Nobel laureates, 32 heads of state and 48 Pulitzer Prize-winners. As one would expect, however, such lofty accolades do not come cheap: for the 2014/15 school year, Harvard’s annual fees were US$43,938 for tuition and US$58,607 for tuition, room, board and fees combined.

2nd Winning the boat race by a relatively comfortable margin were the dark blues of the University of Oxford. The oldest university in the English-speaking world, with at least 918 years of teaching history, Oxford can uniquely claim to have educated 26 British prime ministers, 20 archbishops of Canterbury and at least 12 saints, while notable alumni include Sir Walter Raleigh, Oscar Wilde and JRR Tolkien.

3rd The University of Cambridge may have the upper hand in the annual boat race (by 81 wins to 78) and such distinguished alumni as Isaac Newton, Charles Darwin and Oliver Cromwell, but the 805-year-old institution could only manage third place.

Hong Kong chose the exact same top three as the overall results, with Harvard top followed by Oxford in second and Cambridge third.