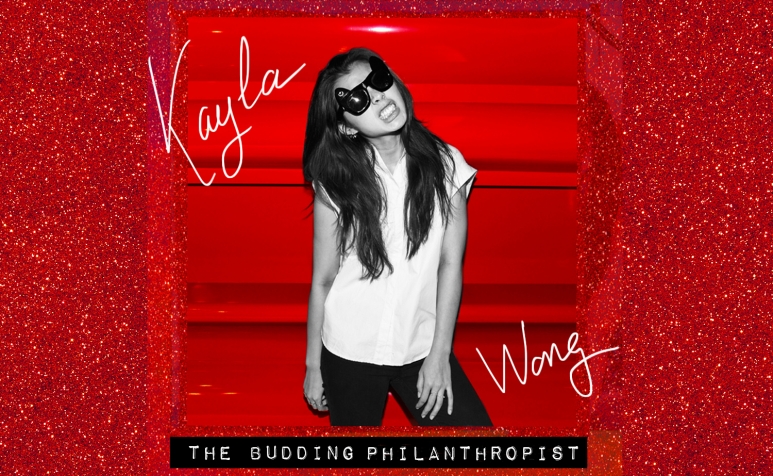 Kayla Wong always dreamt of becoming a ballerina. As the elder daughter of actor Michael Wong and supermodel Janet Ma, a career on the stage seemed attainable for the affable Kayla. However, a trip to Cambodia during high school shifted her ambitions. “The Cambodian children and the conditions of their lives really touched me,” she says. “I felt this inherent need to do something—a genuine desire to help those less fortunate.” She’s now using her public profile to raise awareness of the Hong Kong Adventist Hospital Foundation’s Cancer Fund, as an ambassador for its Women of Hope campaign. Kayla, who recently came out as a lesbian, has been lauded for speaking openly about homosexuality. “I want to show there’s nothing wrong with being gay, and I look forward to the day when the LGBT community will no longer be looked upon like some alien species,” says the 23-year-old. Her charity work, however, has not silenced the inner performer. When she’s not helping the community, this hip-hop fanatic is breaking it down on the dance floor.