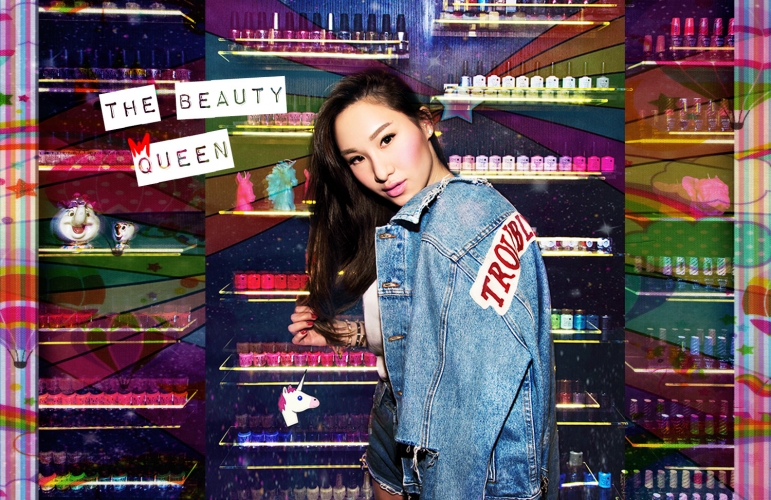 “I always thought I would go into fine art—maybe even become a painter,” says Stephnie Shek. She was on the right track, except that her canvas would instead be cuticles and her masterpieces would be luxurious manicures. Stephnie is the force behind EightyEight, which is known to anyone who fancies fashionable fingers as one of Hong Kong’s leading nail bars. Like her cousin Pearl Shek, Stephnie was educated in London and is a graduate of the prestigious Central Saint Martins. In explaining the attraction of the beauty industry, she says, “Hands are like a woman’s second face; nailcare is like make-up for your hands. Some people prefer to keep it light and simple, with a French manicure, while others prefer a bolder appearance”—in the form of elaborate nail art, no doubt. With EightyEight set to add a range of other beauty treatments, including eyelash extensions, to its services, it’s a miracle Stephnie finds time to tend to her own nails, which are a rich ruby red.