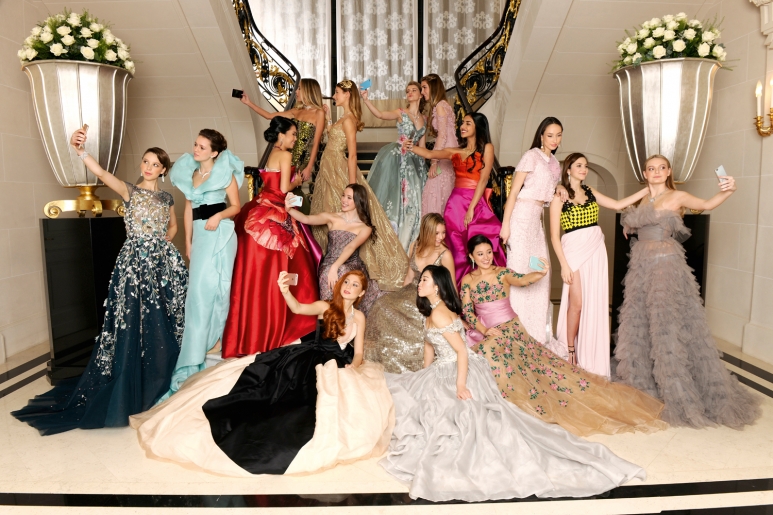 The 24th edition of Le Bal des Débutantes (or Le Bal, as it’s known) took place at the Peninsula Paris late last year and saw 17 young debs from around the world celebrate their entry into society with a glamorous soirée in the name of charity.

High-powered, socially engaged and well-connected young women—many of whom already have notable accomplishments to their name—here are nine names to know who will certainly be surfacing again in the future.

Who she is: Oxford graduate. Established the Nam Phuong Foundation, helping poor Vietnamese children get an education.

On life: "I think it’s interesting to do the unexpected in life. You should never try to box people into categories because you will often be really surprised."

On being a deb: "I’m excited to develop connections with girls who have the same values and the same sort of life as me but who come from all over the world. I think, ultimately, the event embodies very ambitious women."

On wearing Chinese couturier Guo Pei: “Promoting Chinese designers was definitely something I wanted to come from my presence at this ball.”

Who she is: Ballerina. Winner of the Adveq scholarship at the 44th Prix de Lausanne.

On being a deb: “In China, Le Bal is very famous. I had always thought it was only for girls from aristocratic families, so I feel very honoured to have been invited."

Who she is: Daughter of Philippine industrialists. Volunteers with a foundation for street children in Manila alongside her university studies.

On using social media: “I’m Instagramming to make my friends and family back home part of the experience. I think we have a responsibility to make the ball...relevant for current times.”

Who she is: Daughter of Portuguese footballer Luis Figo and Swedish model Helen Svedin. Plans to study biomedicine and become a surgeon.

On Le Bal's charity element: “It’s great knowing that while we are having fun we are helping other young girls get a good education.”

Who she is: Member of a prominent family from Rajasthan, India. University student in Boston. Starred in Bollywood version of Mean Girls.

On Le Bal: "It is so much more than [the glamour and glitz]. You meet incredible girls. These are not just spoiled brats who have no ambition or drive. These are all young women of substance who want to do things with their life or have achieved a lot already.”

Who she is: Scion of the Champagne family. Recently opened a medical dispensary in a remote village in Nepal. Personally selected by Karl Lagerfeld to be the deb dressed by Chanel.

On debuting today's media age: “Nowadays we don’t need to make a debut in society as such. It’s more about a debut in media and in haute couture.”

Who she is: Belgian countess. Model and photographer. Paternal Grandmother was Hélène d’Orléans of the deposed French royal family.

On Le Bal today: “Unlike debutantes of 10 years ago, who maybe had just one or two pictures in a magazine to remember the event by, we are able to take home hundreds on our iPhones. [Le Bal] is a celebration of life. Girls just having a really good time.”

Read the full story in the February 2017 issue of Hong Kong Tatler.