Ken and Tenniel Chu, the dapper duo behind the Mission Hills golf resort group, celebrate the opening of their new film district in Hainan 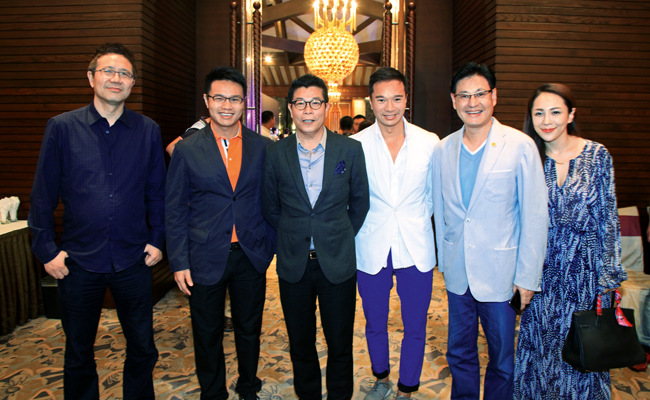 From fairways to film sets, it seems no feat is impossible for the Hong Kong brothers behind the Mission Hills Group. After two years of planning and construction, chairman Ken Chu and vice-chairman Tenniel Chu, in partnership with Chinese film director Feng Xiaogang and Huayi Brothers Media, have flung open the doors to their dream factory at Mission Hills Haikou with much fanfare and celebrity support.

Movie Town, which occupies 5.7 square kilometres and cost US$300 million to build, features recreations of famous Chinese film sets as well as four production studios. It's sure to get another influx of celebrities and fans from October 24 to 26, when the World Celebrity Pro-Am draws Oscar-winning actors Morgan Freeman and Nicole Kidman, basketball legend Yao Ming, Portugese soccer star Luís Figo, Hong Kong actors Donnie Yen and Miriam Yeung and a host of mainland A-listers to Mission Hills Haikou for a good cause. Proceeds from the event will be donated to the WWF to further its wildlife conservation programmes.