By Melissa Twigg November 25, 2016
When she stepped out at Queen Charlotte’s Ball in September, Sabrina Ho looked every part the proper princess—but looks can be deceiving 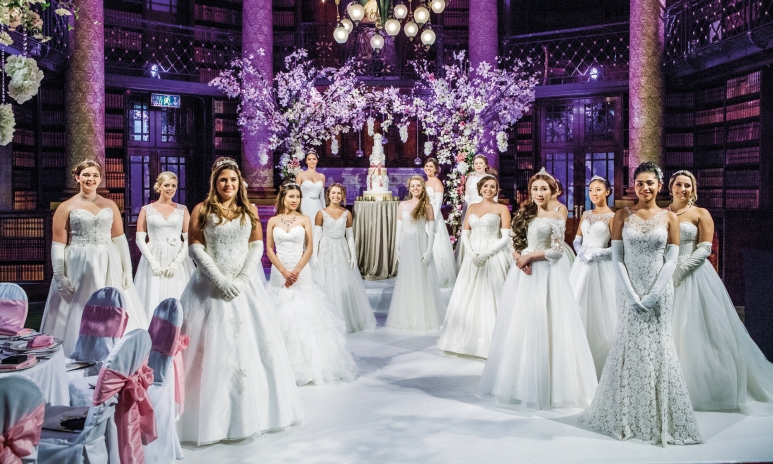 There’s a strict set of centuries old rules to which debutants presented at Queen Charlotte’s Ball, the culmination of the famously traditional London Season, must adhere. Sabrina Ho, radiant in a floor-length white gown offset by a sparkling, custom-designed Chopard tiara and earrings, apparently complied, playing the role of beautiful young debutante with aplomb. But unbeknown to organisers watching as she swept gracefully down the magnificent staircase at the Royal Horseguards Hotel, she was wearing black rock-chick platform trainers by Stella McCartney. It was a small act of rebellion that perfectly encapsulates Sabrina’s bold, brave and slightly mischievous attitude to life.

“I loved knowing I was wearing my sneakers under my dress,” she says with a giggle. “I mean, why would you wear heels when you have to be on your feet from 9am to 1am? The best part was that I converted some of the other girls to my badly behaved ways and soon there was a whole group of us wearing trainers—which made it kind of awkward when the photographer asked us to lift our dresses to show off our shoes.” 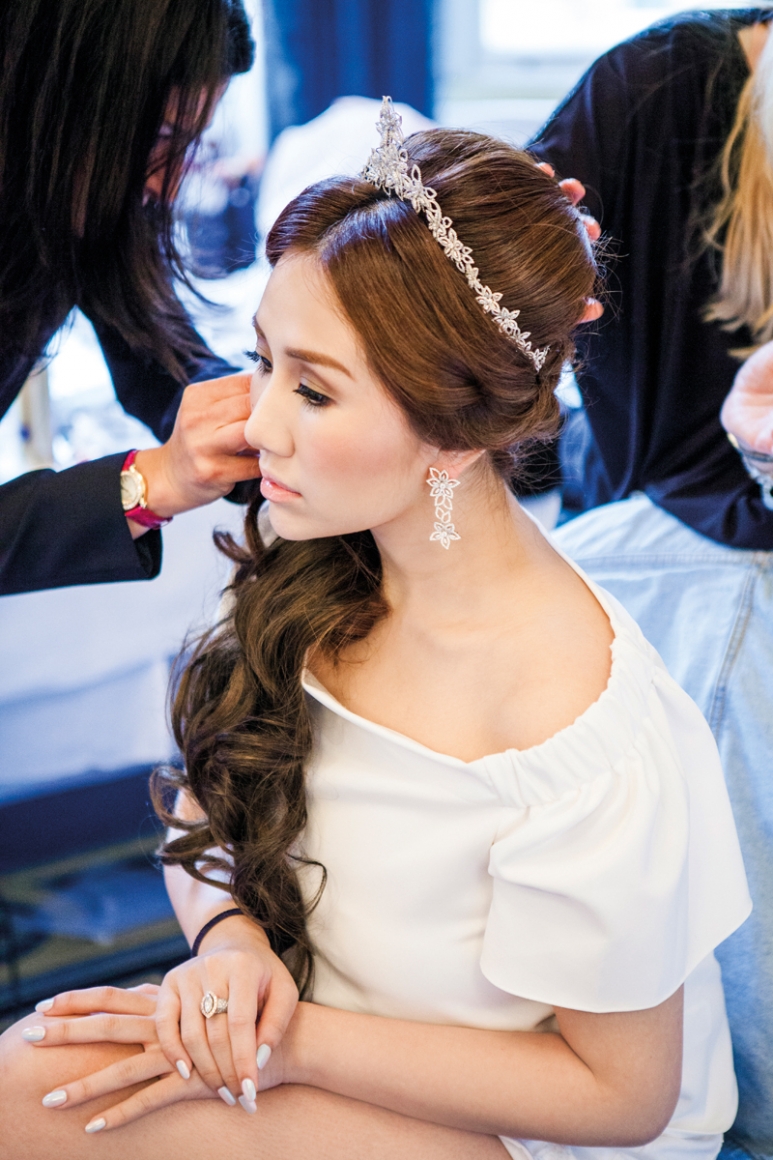 Stanley Ho and Angela Leong’s oldest daughter is the perfect mixture of Asian ambition and British creativity. Sent to a Yorkshire boarding school at the age of 13, she fell in love with the English way of life. She began studying art history at University College London but had to return to Hong Kong halfway through her first year for family reasons. Now, at the age of 25, she is debating whether to move back to London.

“There’s something about London that really appeals to me. I think it’s the freedom I feel when I’m here,” she says over tea and cake at Hotel Café Royal in Piccadilly on what must be the hottest day of the year. “Sure, nobody knows who I am, which is kind of liberating, but it’s more than that. Young people here get the chance to explore who they are and what they want to do with their lives. I feel really inspired when I’m here and I’m so keen to experience the full spectrum of what the city has to offer.”

And what better way to kick-start a potential life in London than with the quintessentially British Queen Charlotte’s Ball? The illustrious event has taken place almost every year since 1780, when King George III hosted the first to celebrate his wife’s birthday. The ceremony has remained largely unchanged for the ensuing 250 years, with debutantes wearing dazzling white gowns, waltzing with their fathers and cutting a vast cake to symbolise their entry into society. The ball was traditionally held at Buckingham Palace until 1958, when it was decided that it could no longer fit into the queen’s hectic schedule. Since then it has been held at various locations around London, with the Royal Horseguards Hotel, the former headquarters of MI6, serving as the venue this year. 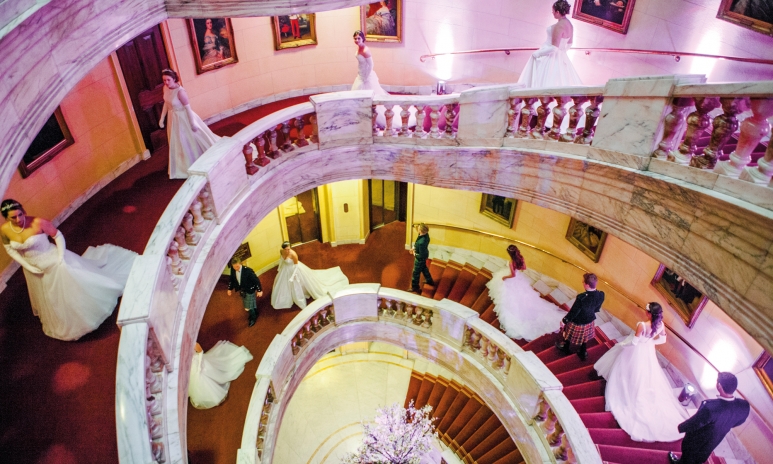 With such a pedigree, it’s definitely not the kind of event that girls can turn up to unprepared and bust out a few dance moves learned on a holiday in Ibiza. To ensure everything goes smoothly, the organisers hold a series of etiquette and dancing lessons for young women who haven’t been brought up waltzing and curtseying—which surely must be everyone these days. “They were kind of fun and definitely useful. I think I mastered everything except Scottish reeling, which was really difficult because you don’t stick with one dance partner and there’s so much jumping,” says Sabrina, looking the opposite of a traditional reeler in her white Bardot top, sequined denim shorts and platform trainers.

Luckily for Sabrina, she had the one accessory that every young woman attending an intimidating ball has always wished for—a dashing young prince to hold her hand. Her date, Archduke Alexander of Austria, not only has an impressive title, but he’s also rather handsome. After some probing, I gather that Alexander is not Sabrina’s boyfriend—but from the twinkle in her eye whenever his name is mentioned, I can see that she has a bit of a crush on him. “We’re friends,” she says firmly, blushing. “We know each other from parties and I thought I’d much rather invite him than go with a total stranger. And he flew all the way to England from Austria for one day, which was super kind. He’s actually thinking about moving to London, which would be cool.” 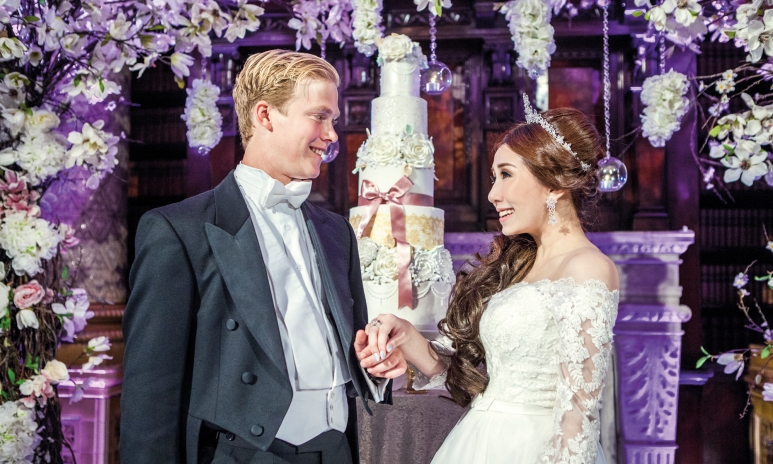 Cool indeed, although Sabrina wasn’t the only one with her eye on him. “All the girls wanted to waltz with Alex. Which I was totally fine with, but I was also like, ‘Can I have one dance with my date, please?’ He’s a really good dancer, you see.”

He was probably equally dazzled by Sabrina. Her dress was by Berketex Bride London—all the debutantes have to use the same designer—and she chose a particularly fashionable off-the-shoulder style with a fitted bodice and long train. “The funny thing is that I thought I picked such a modern look, but then there was this portrait of an Austrian princess at the venue from 100 years ago and she was dressed the same as me. It was hilarious.”

Sabrina’s dress was beautiful, but it was the jewels that really elevated her look. A close personal friend of Chopard president Caroline Scheufele, Sabrina worked with the Swiss brand to design her own tiara and earrings. Surprisingly, it was the first tiara that Chopard has made. “It was so beautiful,” says Sabrina. “Caroline persuaded me to design my own tiara by saying I could use it as a necklace in the future. I love it and it will always be filled with such great memories for me.” 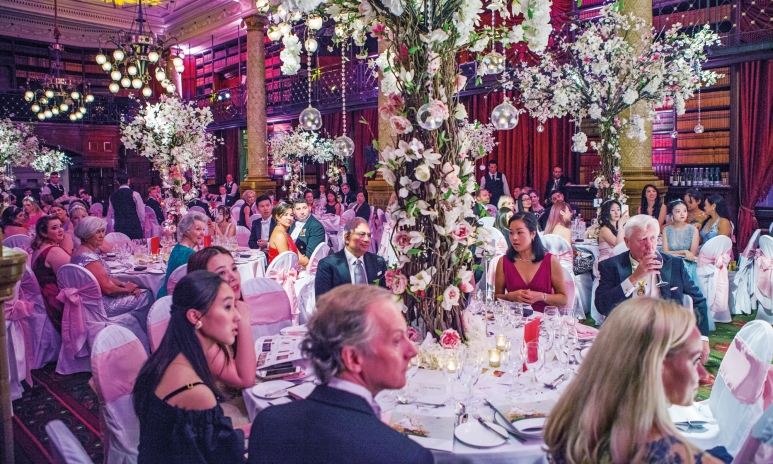 Two nights after the ball, Sabrina hosted a party—this one a more contemporary version of British socialising. Held at the Oscar Wilde Bar at Hotel Café Royal, the soiree was packed with London’s brightest young things, who had come out in force to celebrate Sabrina’s 25th birthday. Guests included Made in Chelsea star Spencer Matthews, Ella Mountbatten, who is the great-great-great-granddaughter of Queen Victoria, and a number of Sabrina’s old school friends. “It was the best night and exactly the kind of party I could never have hosted in Asia because I basically left everyone to get on with it while I had fun dancing. We had a fantastic DJ and I loved every moment of it.”

While she may have taken the London social scene by storm, Sabrina doesn’t like being called a socialite—understandably, as she has some serious business acumen for someone so young. When she was just 18 and living in England, she told her parents they should buy the rights to Ladurée in Hong Kong and China. Business meetings ensued but the deal was never signed because her mother wasn’t convinced macarons would be popular in Asia, and soon another buyer stepped in. “I’m glad that happened because I think it made my parents take me more seriously,” says Sabrina. “And it made me trust my instincts.” 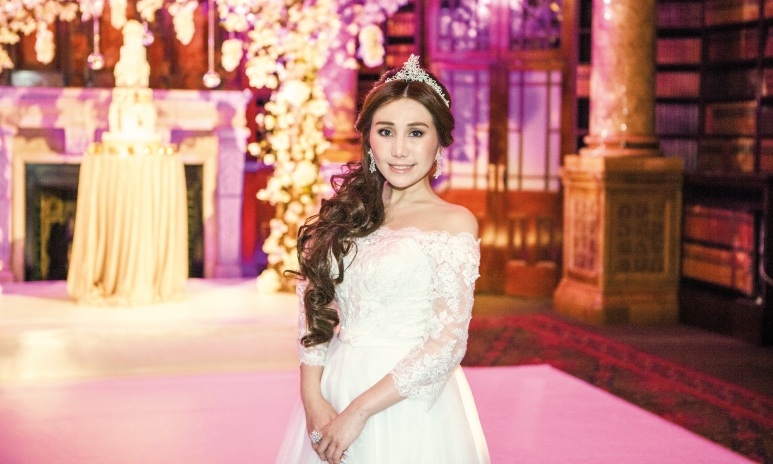 And eight years later, her instincts have led her down a variety of prosperous paths. Fashion, art and hospitality are her greatest passions, and she is currently pursuing projects in all three sectors. She has overseen the refurbishment of Macau’s Regency Hotel with a cool art focus, having spent many months researching the history and heritage of similar buildings in the city in order to restore the hotel to its former glory while giving it a contemporary twist. She is also working with Karl Lagerfeld and Versace on their separate contributions to the Grand Lisboa Palace complex—the only hotel in the world to be designed by the famous German designer and the first Palazzo Versace in Asia.

And when she’s feeling arty, she can turn her attention from fashion icons to Poly Auction Macau, which she founded in 2015 in association with Poly Auction Hong Kong to help develop Macau as an art hub. Its inaugural art fair in January this year brought together the work of 60 young Chinese artists, which was displayed in 60 guest rooms at the Regency that Sabrina personally designed. The fair culminated in a highly successful auction of traditional masterpieces and contemporary art from across Asia.

“They’re all such fascinating projects. I’m really lucky to have so many options,” Sabrina says. And as I watch her step into the shimmering heat of London’s unexpected Indian summer to head off to her next glamorous engagement, I can’t help but agree with her.