Taking The Plunge with Guo Jingjing

China’s diving queen, four-time Olympic Guo Jingjing, has been savouring life out of the pool – and the limelight – since her retirement in 2011. In a rare interview, the media-shy new mother shares how her life has changed since she bade farewell to the diving board, met her prince and started a family. 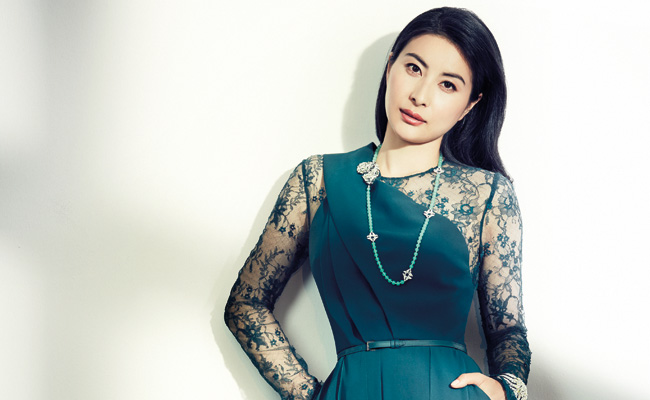 The inimitable Guo Jingjing needs little introduction. With four Olympic gold medals and numerous World Championship titles to her name, this arrestingly beautiful diving belle has earned a reputation as a fearless, focused and remarkably gifted athlete, and occupies pride of place in the annals of the sport’s history as the most decorated diver of all time. But for someone who has lived most of her life in the media spotlight—and much of it clad in a swimming costume—the diving deity is incredibly shy. The roar of adoring crowds, the scrutiny of hundreds of thousands of spectators, the tabloid fascination and the shower of endorsement deals over her two-decade career have done little to desensitise her to public exposure.

Guo was born in the city of Baoding in the province of Hebei, where she enjoyed a “very normal” childhood. All was upturned at the impressionable age of six when a diving scout visited her school. The scout asked the students if anyone wanted to learn how to dive—and Guo eagerly volunteered under the misapprehension that diving was a sure-fire ticket to some picture-perfect family holidays by the water.

“I actually thought he was asking whether anybody was interested in swimming lessons, so I raised my hand,” she recalls. “In the ’80s and ’90s, not a lot of people knew what diving was and I didn’t actually know what it meant. When I heard the word ‘water’ in the Chinese pronunciation of ‘diving,’ I had an image of families swimming happily together during the summer—and I wanted to have that.” Guo didn’t even hear of the Olympic Games until she was in her teens.

“When I realised it wasn’t swimming I signed up for, I just went with it because I liked the challenge. It wasn’t a hobby, but I grew to enjoy it and become good at it through my training. Eventually I developed the goal of competing and winning a gold medal. Little did I know that raising my hand would lead me to where I am now.” 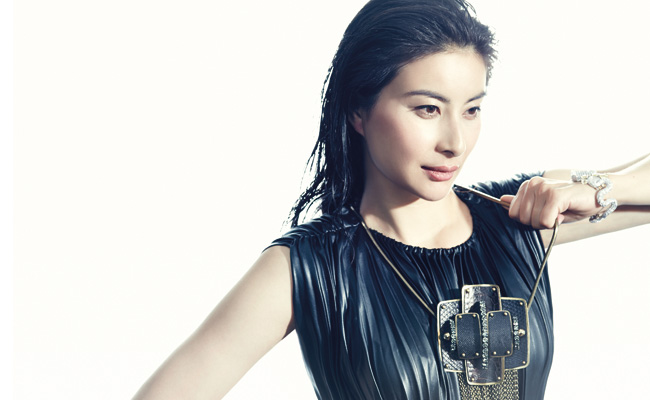 At 14, Guo was selected for China’s Olympic team and made her international debut at the 1996 Summer Olympic Games in Atlanta. Training was gruelling and lasted between eight and 10 hours a day, beginning with a 6am jog followed by physical-strength training exercises, gymnastics and actual diving. It took a toll on Guo’s health as she sustained long-term damage to her waist, ankles and eyesight—all injuries common to professional divers. Retinal surgery has restored her vision for the most part.

But the training certainly paid off. Following on two silver medals at the 2000 Olympics in Sydney, Guo won her first two Olympic gold medals in 2004 in Athens—one for the synchronised springboard and one for the three-metre springboard. China erupted with pride and praise for its new national hero, and Guo was inundated with sponsorship offers and endorsement deals.

The awards began piling up. In between her Olympic stints, Guo was winning dozens of golds at the World Championships, Asian Games and Summer Universiades. But as the medallions hung around her neck multiplied, the more they began to feel like albatrosses.

“At the beginning it was very exciting. But after a while, as I won more medals, I began to feel like it was a responsibility—that I went to compete purely for the purpose of getting medals,” she recalls. “I began to feel like I’d failed if I didn’t win a medal, and I lost that feeling of excitement I felt when I first began.”

Pressure was building. The 2008 Summer Olympics were to be held on Guo’s home turf. If there was ever a perfect time to win gold, it was in Beijing. Focus and determination prevailed, and the Chinese diver came away with gold in the same two events she had dominated at the Athens Games in 2004. The elation was overwhelming. It would prove to be her final Olympics, though, as Guo announced her retirement three years later. 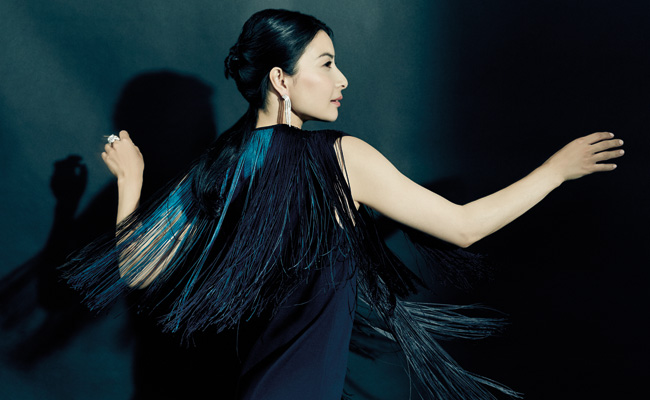 Waiting in the wings through all of this was Guo’s future husband. Among her crowds of admirers inside and outside the stadium, it was Kenneth Fok who managed to win her attention and ultimately her affection. Guo met Kenneth—the son of Timothy Fok, a member of the International Olympic Committee, and grandson of the late tycoon Henry Fok—on a visit to Hong Kong after the 2004 Olympics. “I suppose it was love at first sight,” she says of their first meeting, although she seems more of a cautious decision-maker than an impulsive romantic. The pair started seeing more of each other and Guo found herself increasingly enamoured with his sincerity and integrity. “He’s a very serious person, very attentive, and always thinking of me and my well-being. I remember thinking that was very interesting.”

Last year, Guo embarked on a new life challenge—one for which experience is the best training; in August, she gave birth to a son, Lawrence. Asked if motherhood is proving more challenging than diving, she responds with a laugh and says, “They’re equally difficult. As an athlete, you’re only focused on yourself and it’s mainly about physical exertion, whereas as a mother I have to think not only about myself but also my child. Everything is new to me as a mother. In a way, I also feel like a baby because I’m learning bit by bit. Nobody really understands what being a mother is like until they actually become one. It changes the way you think about everything.”