Watchmaking is known for innovation and ingenuity, but every now and then brands push the envelope a tad further. Here are a selection of incredibly avant-garde pieces that defy convention and could possibly be the future of time-telling: 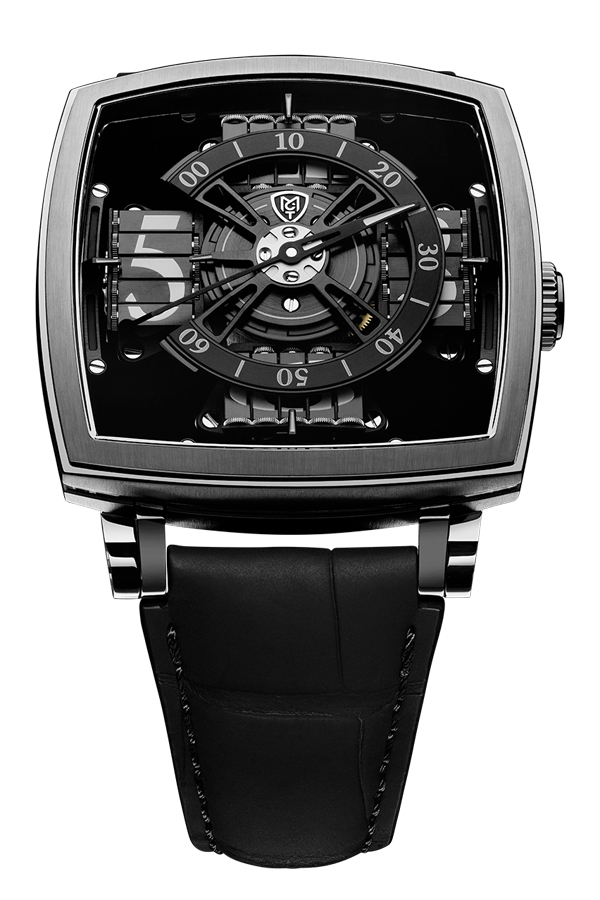 From day one, Manufacture Contemporaine du Temps was set on creating only bold and non-traditional timepieces, and the Sequential One S110 Evo Vantablack, a collaboration with artist Anish Kapoor, is definitely that.

Kapoor has employed a high-tech substance developed for the military and aerospace industry, Vantablack, that’s said to be the “blackest material ever produced.” Composed of carbon nanotubes a millionth of a millimetre thick that absorb 99.965 per cent of the light that falls on them, Vantablack is used on the back dial and on a disc at the tip of the minute hand.

The movement appears to be suspended in mid-air, and the disc appears and disappears as if by magic during its rotation around the dial. 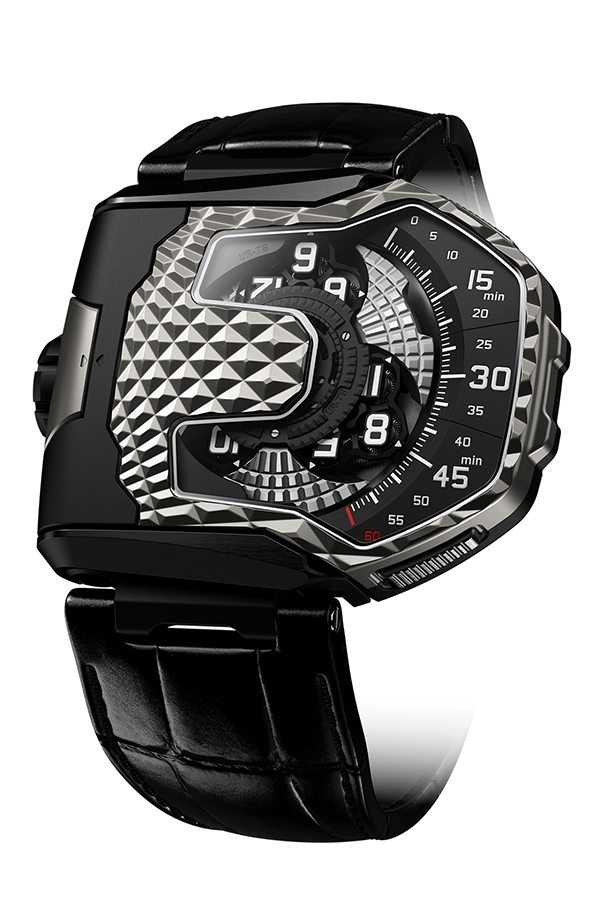 Urwerk marks its 20th anniversary this year with its first transformable watch, which is just as radical and innovative as the brand’s other pieces. Designer Martin Frei, co-founder of the brand, believes a wristwatch should invite interaction—that it should appeal to the visual and tactile senses—and the UR-T8 certainly ticks those boxes.

The case can be unlocked from its cradle, flipped over and put back under the protective titanium shield. Its intriguing shape and textured pattern will keep people guessing as to what is on your wrist.

The UR-T8 features a new version of the brand’s trademark wandering-hour indication, where we see 12 hours in groups of four on a three-armed carousel sweep across the 60-minute scale to show the time in both digital and analogue form. 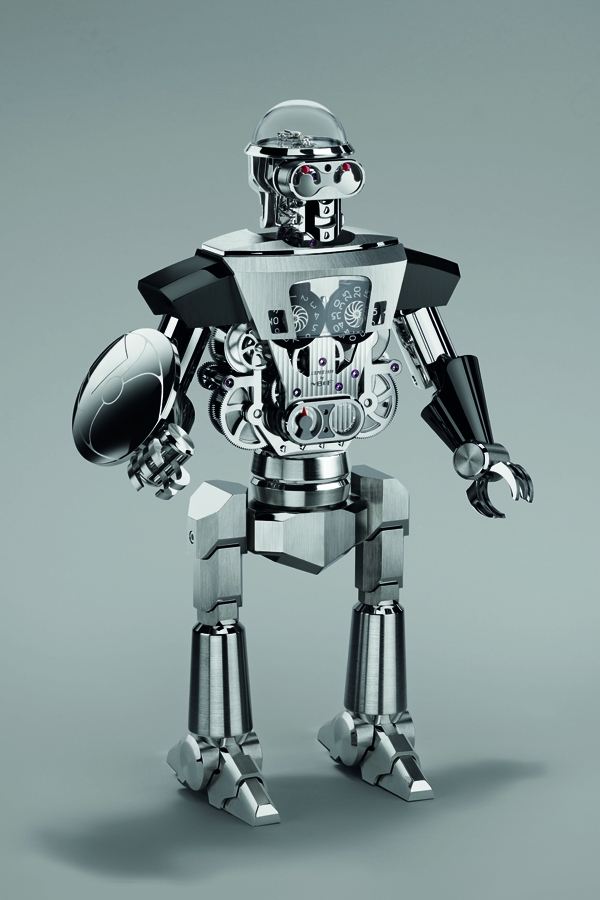 A steely horological cyborg with a dual personality, Balthazar is the third and latest of MB&F’s robotic offerings. With more than 600 parts, Balthazar is an imposing 40 centimetres tall and weighs 8 kilograms. Its chest displays jumping hours and sweeping minutes via two discs, its belly shows a power reserve indicator, and its eyes are 20-second retrograde displays.

Rotate the torso 180 degrees and the ominous side of Balthazar is revealed—a hair-raising skull with menacing teeth and deep-set eyes, and a chest that presents a dual hemisphere moon phase. On Balthazar’s hand is a shield, which is the key for winding the mainspring and setting the time. 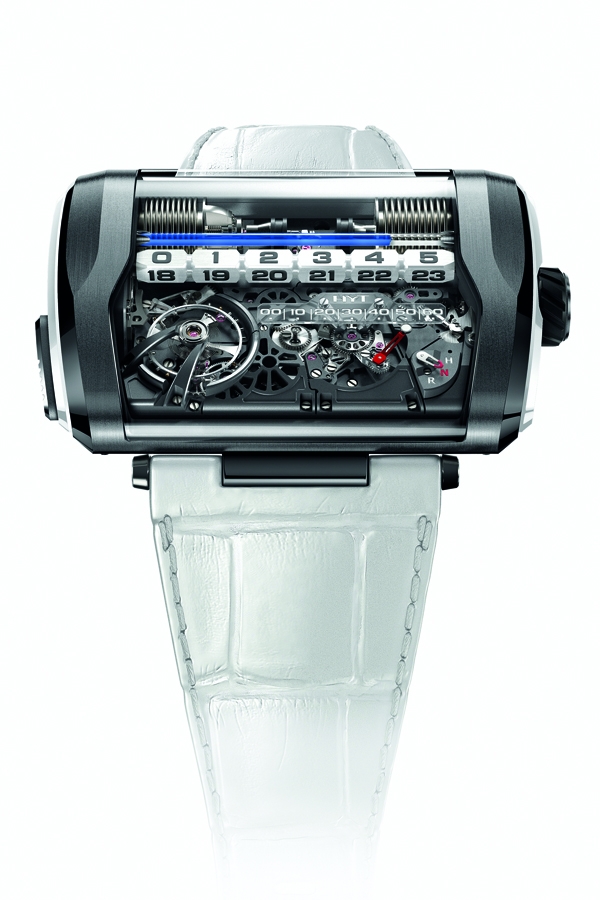 It would be remiss not to mention HYT. For those unfamiliar with the brand, it uses fluid instead of hands to tell the time. The mechanism involves a capillary through which a coloured aqueous liquid and a viscous transparent liquid flow, kept separate by the mutual repulsion of the fluids.

Despite its hefty 62 x 41mm frame, the H3 is surprisingly comfortable, shaped to hug the wrist perfectly, and the case is made from titanium, so it’s light. 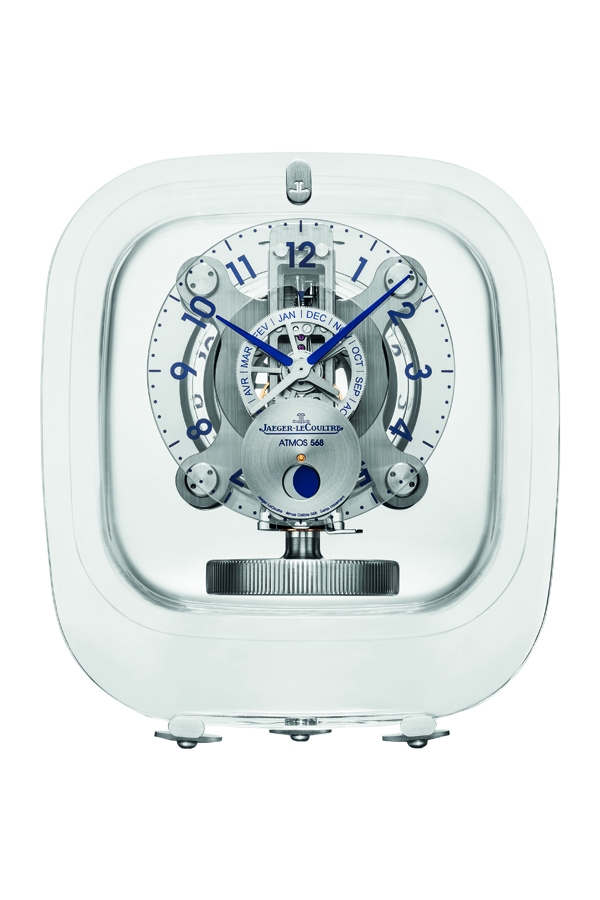 Though the Atmos table clock was invented close to 90 years ago, it still deserves a place in this list of high-tech, revolutionary timepieces. It runs without human intervention, thanks to a gaseous mixture in a hermetically sealed capsule that expands when the temperature rises and contracts when it falls.

The gas pod is connected to the clock’s drive spring and as it swells and contracts, it winds the movement. The slightest temperature fluctuation is enough to provide the clock with two days of power, making the revolutionary clock perhaps the closest thing to a genuine perpetually powered machine.

The latest in the series, the Atmos 568, was released last year and was designed by Marc Newson, who has been collaborating with the brand since 2008. This time Newson plays on extreme transparency using a white Baccarat crystal case. As well as the time, the Atmos 568 displays the month and current phase of the moon.

This article originally appeared in the April 2017 issue of Hong Kong Tatler.

Read more: 3 Classic Aviation Watches That Will Bring You Back In Time