5 Things To Know About The Louis Vuitton Tambour Horizon Watch

By Benjamin Fitzgerald July 28, 2017
Louis Vuitton Focus
Get a closer look at the luxury smartwatch 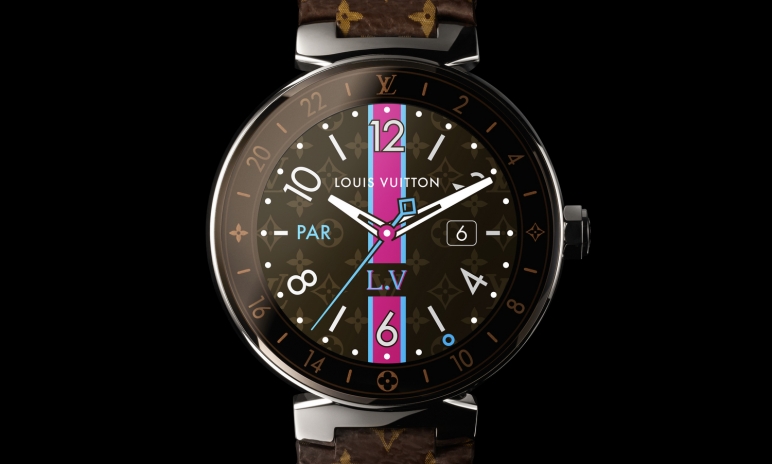 Fancy yourself a dapper traveller? Louis Vuitton does.

Founded in 1854, the French maison is synonymous with the art of travel, and celebrates the voyage through luggage, bags and accessories—built in style and innovation, so pieces are as practical, as they are pleasing to the eye.

And the journey continues now. Introducing the newest addition from Louis Vuitton. An update on the maison’s 2002 watch release, the Tambour Horizon is a connected timepiece for the man on the move, and is destined to land on the wrist of the most style conscientious of travellers this season. 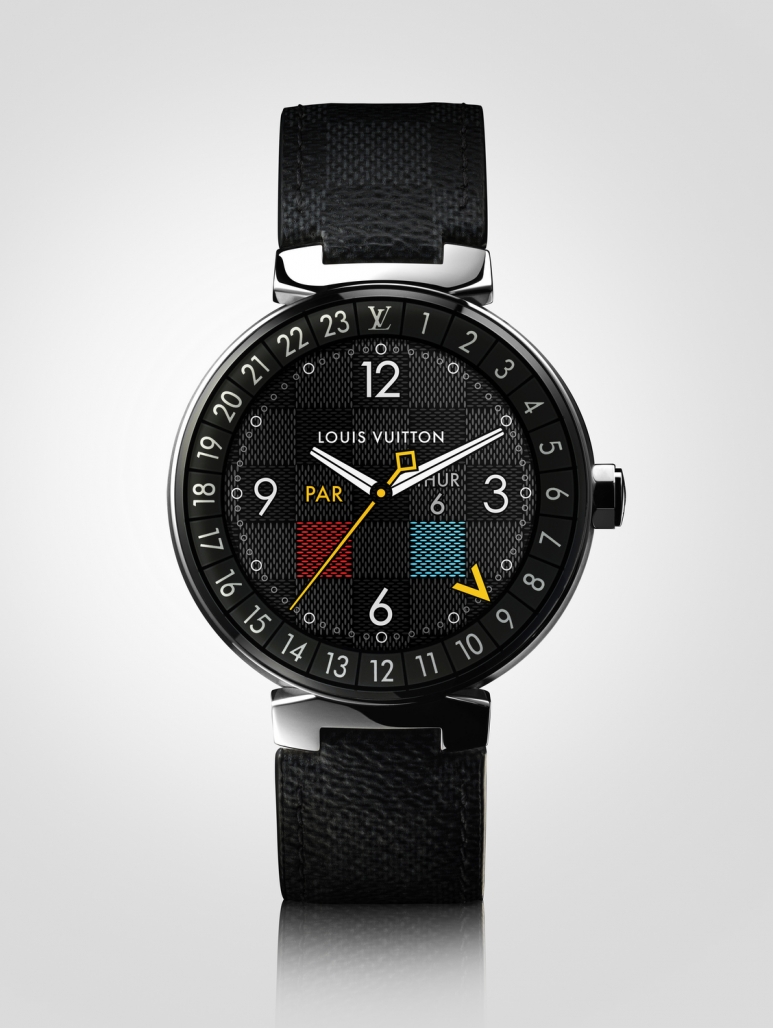 Conceived in Paris, with a case made at Louis Vuitton’s manufacturer in Switzerland, the watch deploys technology developed in California’s Silicon Valley—Tambour Horizon can truly be used right across the globe, including China.

Taking the watch on the road, here are five of the coolest features of the Louis Vuitton Tambour Horizon.

Working closely with Google and Qualcomm Technologies, the Tambour Horizon combines all the technical capacity of a smartwatch paired with the sophistication of the original Tambour timepiece.

With a built in mic that enables users to reply emails by voice command, other intelligent features include Wi-Fi, Bluetooth, weather reports, and a step counter. A full round AMOLED touch screen notifies the wearer of phone calls, text messages and emails, so it's a watch and phone in one. 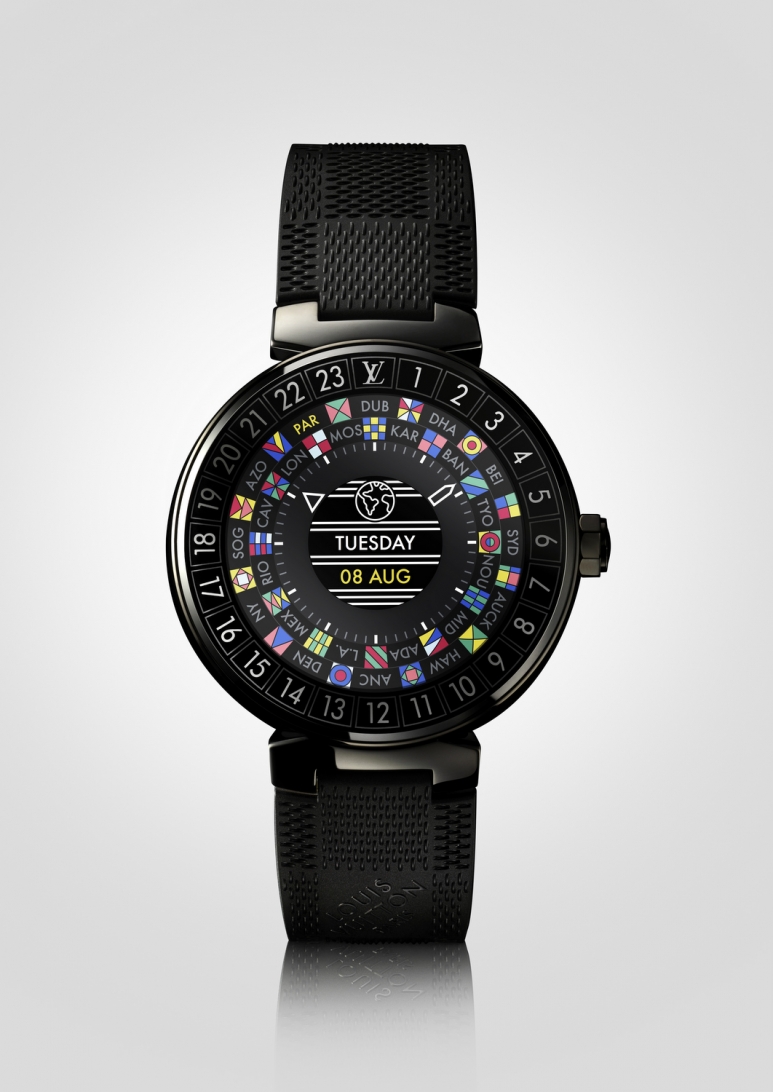 A dapper traveller never misses a connection. With strong ties with to travel, the Tambour’s “My Flight” feature is found on no other smartwatch. Departing travellers are informed of their flight times, terminal and gate information, and receive reports of delays and the number of hours remaining before landing. Leave the diary at home.

The acclaimed “City Guide” extends to the smartwatch with the services of the guides edited by Louis Vuitton and their apps for tablets and smartphones. From San Francisco to Tokyo, the Tambour Horizon has an intelligent geo-location function that indicates nearby restaurants, hotels, historical landmarks and tourist attractions in real time. Eat, play, retreat with ease. 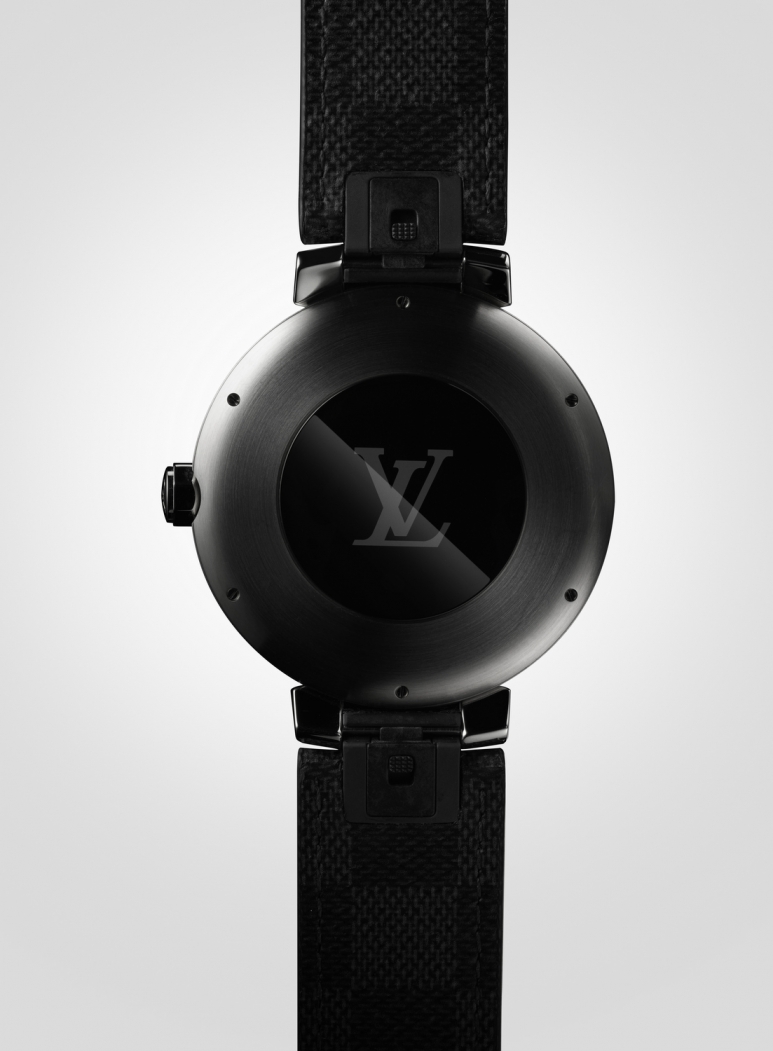 The man of many tastes will appreciate the shifting pace of the Tambour. Android Wear 2.0 technology means a degree of personalisation unique in the luxury watch world is possible here.

The wearer can select and customise from multitude of watch-faces, true to the signature elements of Louis Vuitton, with a flick of the Tambour Horizon’s sapphire screen. Then, choose between 60 readily detachable straps, allowing the watch to adapt to any occasion.

Inside, the watch’s elegance adopts the visual codes of emblematic Louis Vuitton models: GMT, chronograph and Escale, and comes in a compact 42mm case, the dial set on a Qualcomm Snapdragon Wear 2100 platform, whose sophistication is noteworthy in itself. From here, the sleek circular shape dives into a concave bezel of the Swiss manufacturer’s Tambour Moon design.

Then, choose your colour the LV way: Graphite, Monogram or simply classic Black.