All Eyes On You: Bulgari’s Serpenti Collection 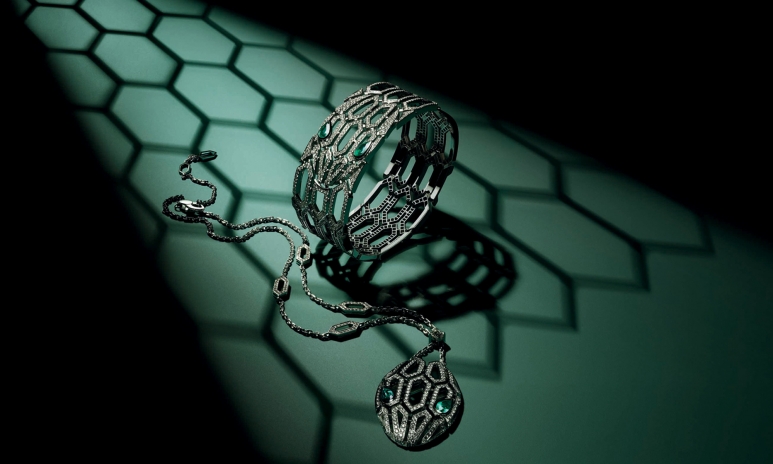 Snakes have been symbols of seduction, danger and renewal since ancient times – so what more mesmerising motif for renowned Roman jewellers’ Bulgari to base their latest collection on?

The snake has long served as an evocative inspiration for Bulgari’s most famous pieces and the Serpenti collection pays homage to their 1960s and 70s serpent designs, but with a contemporary and captivating edge.

The snakehead forms the centrepiece of the Serpenti collection, with necklaces, earrings, bracelets and rings all reinterpreting the serpent’s form. Whether it’s sharp or round, flat or three-dimensional, coolly minimalistic or sparkling with diamonds, no head is alike – further highlighted by Bulgari’s distinctive hexagonal pattern, crafted from precious jewels and metals to beautifully mimic snake scales. Adapted from their 1960s-70s designs, this element can be seen carved into the pattern on a pink gold ring, repeated in diamonds in a pavé bracelet and as geometric markings atop the snakehead itself. 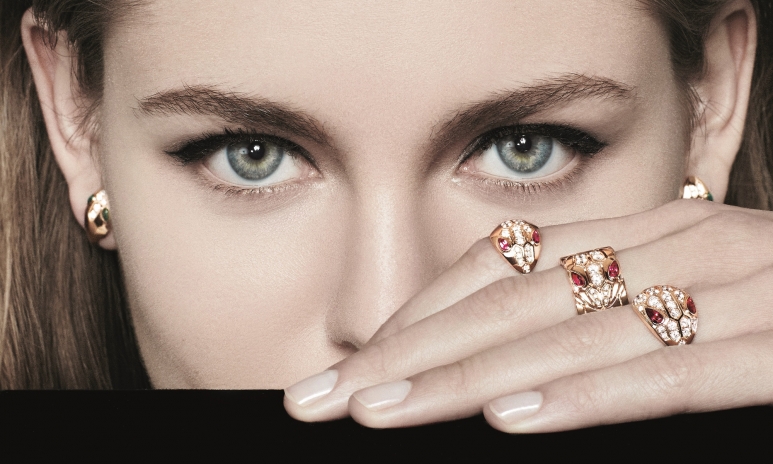 Look Into My Eyes

The hypnotic stare of the snake is the focal point for the Serpenti range, with glistening gemstones on each snakehead that encapsulate the enticing power of its gaze. Bulgari’s carefully selected amethysts, emeralds, rubellites and malachites – each as unique as the iris itself – are as spellbinding as any seductive glance throughout history, be it Medusa’s deadly stare, Cleopatra’s magnetic gaze or even actress Elizabeth Taylor’s infamous violet eyes.

Evolution Of A Legend

Inspired by their classical Greco-Roman heritage, Bulgari began using the serpent in their jewellery during the 1940s, in a watch that coiled seductively around the wearer’s wrist. With each decade, the brand’s spirit animal evolved yet again, shedding its skin for a new generation, slithering up collarbones and around wrists, and appearing in gemstone, enamel and onyx incarnations. During the filming of the 1960s epic Cleopatra, Hollywood legend Elizabeth Taylor was often spotted draped in Bulgari’s serpent jewellery off-set – and her lifelong love of the brand further cemented Serpenti’s mythical status. 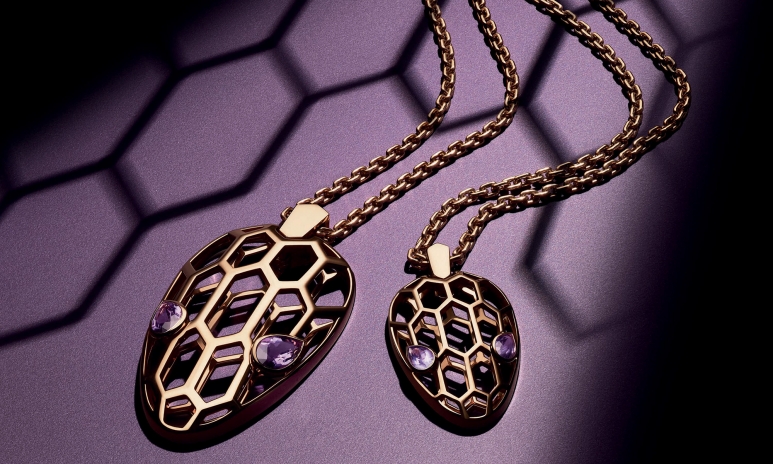 Bulgari cleverly utilised the technique of tubogas for Serpenti’s linked body, coupling goldsmith mastery with sublime suppleness. A labour-intensive form of metalwork, tubogas was named after its resemblance to the 1920s Italian car’s gas pipe; its unique spiral effect is created entirely without soldering and its tactile curves have become a Bulgari trademark. 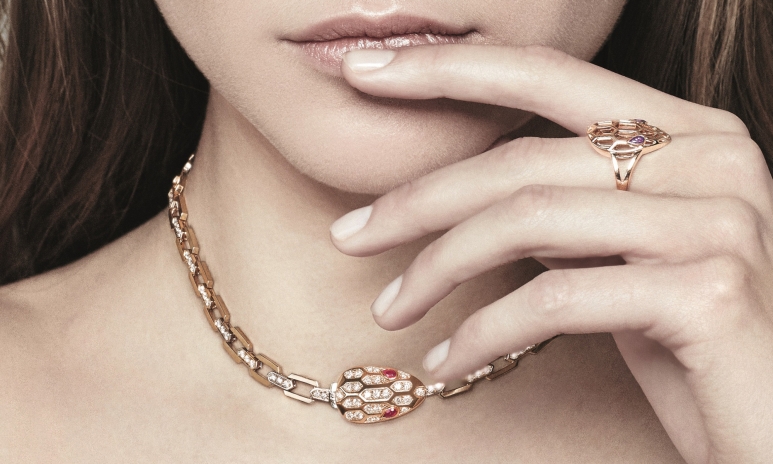 Queen Of The Nile

2016’s Serpenti collection sees another Bulgari breakthrough as its legendary snake appears as a dangling pendant on necklaces for the very first time.

The dazzling High Jewellery Necklace is the culmination of decades of Bulgari serpents, with a body of diamond and emerald scales that encircles the wearer’s neck before climaxing in a larger-than-life emerald-encrusted snakehead that swings sensuously into the décolleté. Swaying with the movement of the woman who wears it, it’s the ultimate representation of jewellery and its wearer becoming one – the perfect marriage of seduction and style.

Bridging timeless heritage with inimitable modernity, the Serpenti collection is a potent reminder of the iconic glamour that has become Bulgari’s true speciality. It’s time to get your hiss on.