By Melissa Twigg May 31, 2017
From a small boutique in Napoleonic Paris to an international brand loved by stars and royalty 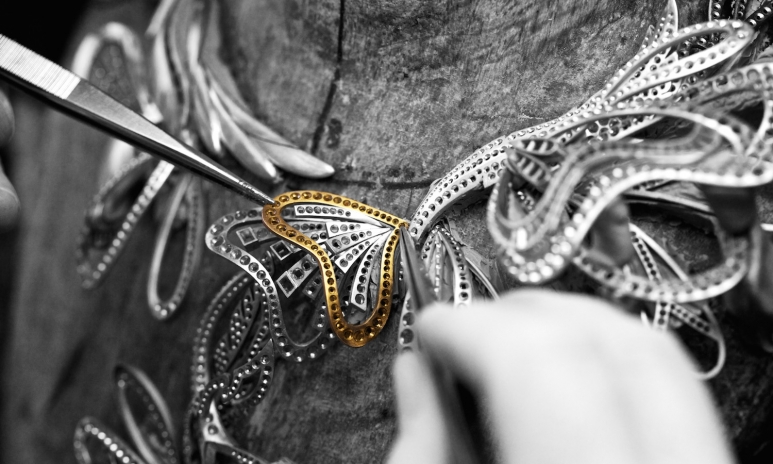 By 1858, Frédéric Boucheron was famous in the salons of Paris for his ability to design exquisite pieces of jewellery for the most glamorous women in French society.

Unusually for a jeweller of that era, he decided to open a store under the gabled arches of the Palais Royale, which is tucked just behind the Louvre, to show off his wares. His small, apothecary-like shop was soon packed with visitors who would travel specially to the French capital to admire his work with gold, rubies and peridots.

Over time, Boucheron became known as the jeweller who could recreate the wonders of nature in metal form. As his career progressed, he borrowed with increasing frequency from the natural world, creating bracelets shaped like curled snakes, rings fashioned to resemble monkeys and delicate pendants that recreated the smooth contours of a single leaf. 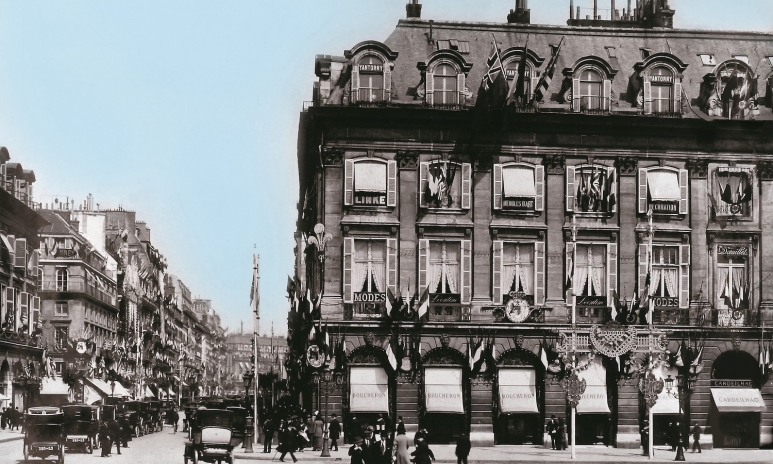 By 1883, Boucheron’s success was too much for the small Palais Royale boutique to accommodate, so he opened a second, much larger shop at the Comtesse de Castiglione’s residence at 26 Place Vendôme, a square that dates back to 1699 when Louis XIV commissioned architect Jules Hardouin-Mansart to build him the most beautiful public space in Paris.

Place Vendôme was updated by Napoleon in 1875 to include the Vendôme column. By the time Boucheron arrived on the scene, it was at the heart of the most elegant quarter of Paris, thanks to the newly built Palais Garnier opera house and the great couture houses that clustered on nearby Rue de la Paix. 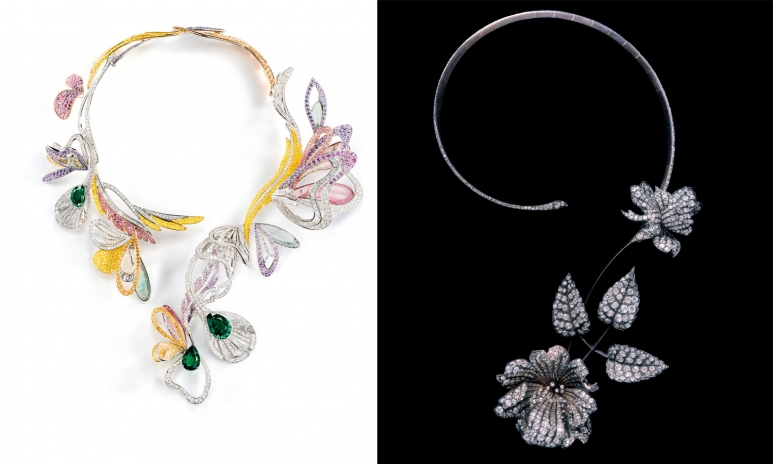 Interestingly, around the same time Boucheron was opening his first shop, César Ritz launched his legendary eponymous hotel on Place Vendôme. And where Boucheron led, many others followed. Today, the square is not only synonymous with luxury, it is also famous for being home to the world’s greatest jewellery brands.

From one generation to the next

When Frédéric Boucheron died in 1902, his son, Louis, took over the jewellery house and focused on expanding the luxury brand beyond France’s borders. He opened boutiques in Moscow and Saint Petersburg to serve the Russian imperial family and aristocracy before it was toppled by the revolution, travelled to India to work with the maharajas of Rajasthan and went to Persia to buy exquisite stones to bring back to Paris.

His hard work was continued by his successor, son Gérard, who focused heavily on Asia, opening boutiques in Hong Kong and Japan, and brought the achingly cool Jane Birkin and Serge Gainsbourg on board as ambassadors to promote the maison in Europe. 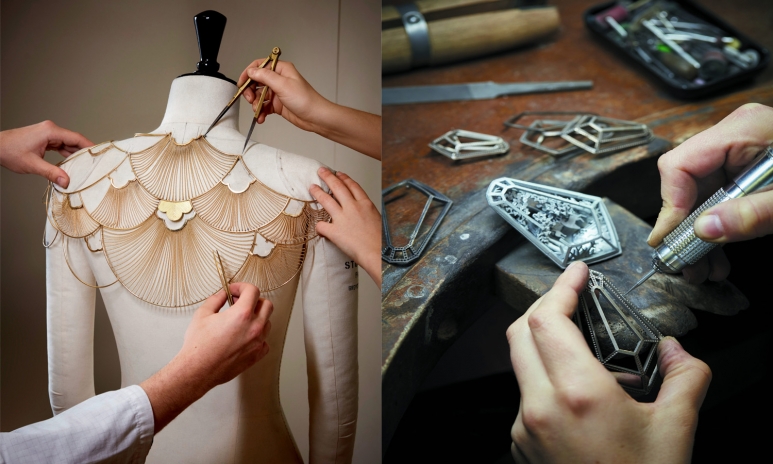 Today, Boucheron is one of the most successful brands in the world, with boutiques in Shanghai, Dubai and Kuala Lumpur, and collaborations with Alexander McQueen and Gucci.

But while the brand has become synonymous with celebrity, creativity and class, its admirers from around the world still view it the same way as those men and women did 160 years ago, when they would travel all the way to Paris to buy the most beautiful jewels in the city from an atmospheric little shop under the arches of the Palais Royale.

From the wives of wealthy American industrialists to Punjabi princelings and many a queen in between, Boucheron’s brilliant designs have a global following. Here's a look through some of their most famous fans: 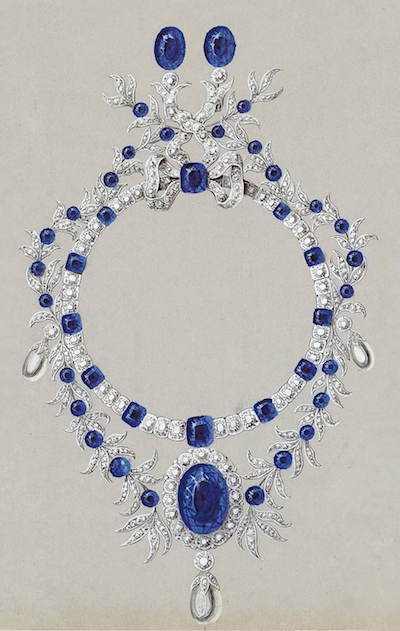 In 1878, Mary-Louise Mackay, the wife of an American industrialist, placed one of the most famous orders in the history of jewellery-making at Boucheron Paris. A two-tier necklace made of diamonds and sapphires, it boasts a central sapphire from Kashmir that weighs 159 carats.

Known today quite simply as the Boucheron Necklace, it is so grand and dramatic, it really should find a home next to the Crown Jewels in the Tower of London. 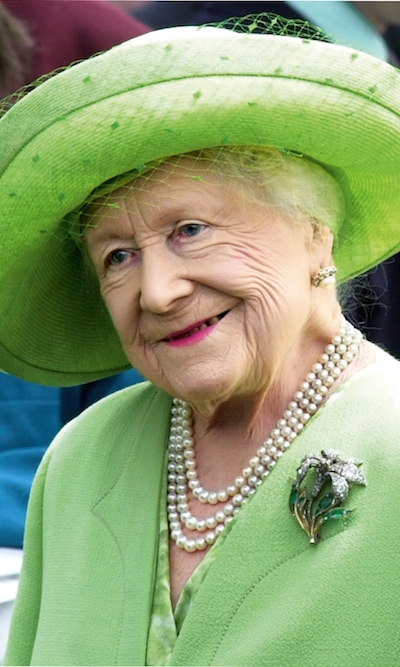 Which brings us nicely to the late Queen Mother, who wasn’t sent to the Tower but who was left an extraordinary collection of jewellery by Mrs Ronald Greville in 1942. Greville was famous for her incredible stones—and was known to shame society women in London for their inferior gems.

Her bequest to the queen included three pieces by Boucheron: a spectacular diamond necklace, a valuable pair of large pearl earrings, and a bandeau tiara with an emerald of 93.7 carats glittering at the centre.

The Maharaja of Patiala 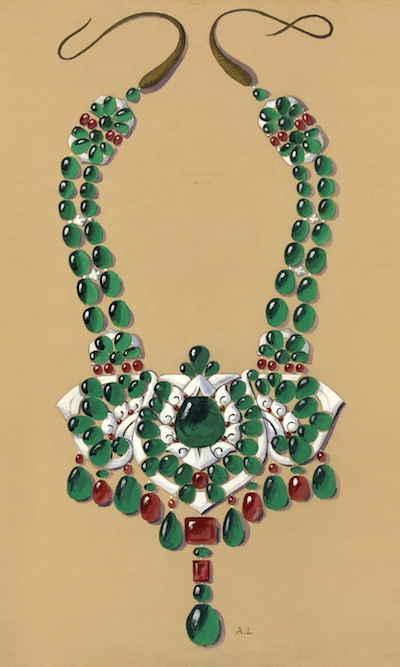 When the Maharaja of Patiala walked into 26 Rue Vendôme in 1928, he was starting a relationship that would prove hugely important in both his life and the brand’s future. He commissioned the jeweller to make 149 pieces incorporating 1,432 emeralds, 7,571 diamonds and hundreds more sapphires, rubies and pearls. The results inspired later Boucheron collections, and a few pieces sit in pride of place at the Paris flagship.