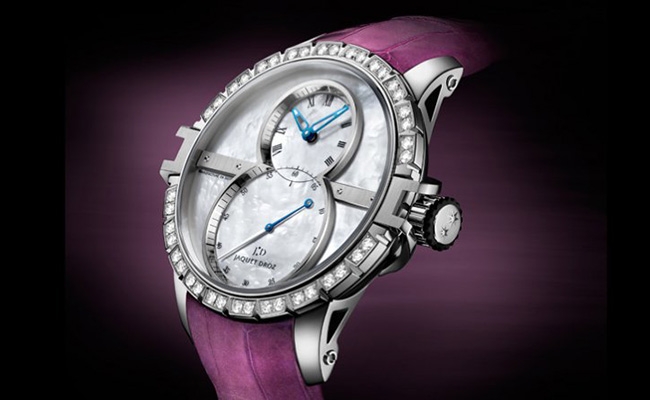 The watch comes in a 41 mm stainless steel case, offering brushed and polished finishes. Following in the great tradition of mineral dials that made Jaquet Droz famous, a white mother-of-pearl disc forms the dial of the watch. Running across the traced Arabic and Roman numerals, the blued steel hands are partially coated in Super-LumiNova.

Shimmering effects and the play of light interact with the sparkle of 40 diamonds set on the fluted bezel and with the reflections of the ring and plates in white gold. 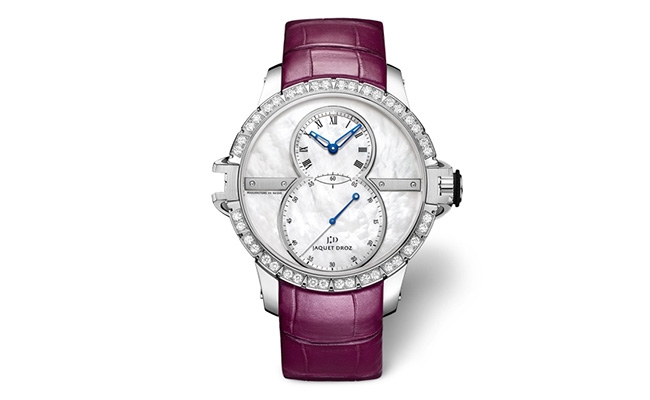 Each element has been given special attention. The horns have been hollowed for greater lightness, a dynamic touch highlighted by the sporty spirit of the crown’s rubber cast, offering water-resistance to 5 bar (50 meters). 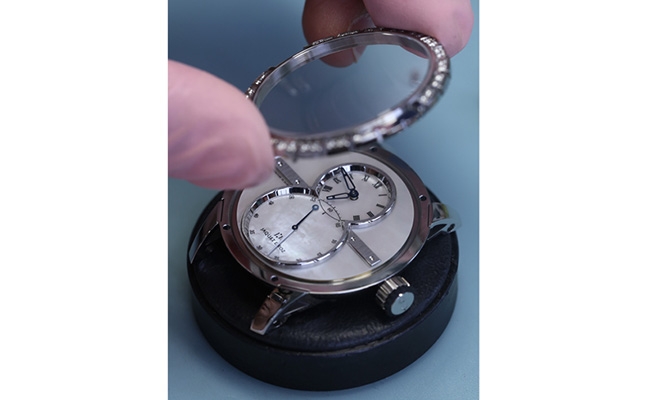 In addition to its twin stars, watch lovers will be able to recognize the secret signature of Jaquet Droz, a cloverleaf, subtly engraved on the movement.

Thoroughly sporty and luxurious, the watch is fitted with an elegant powdered violet alligator strap.

This article by the WorldTempus Team originally appeared on WorldTempus.com