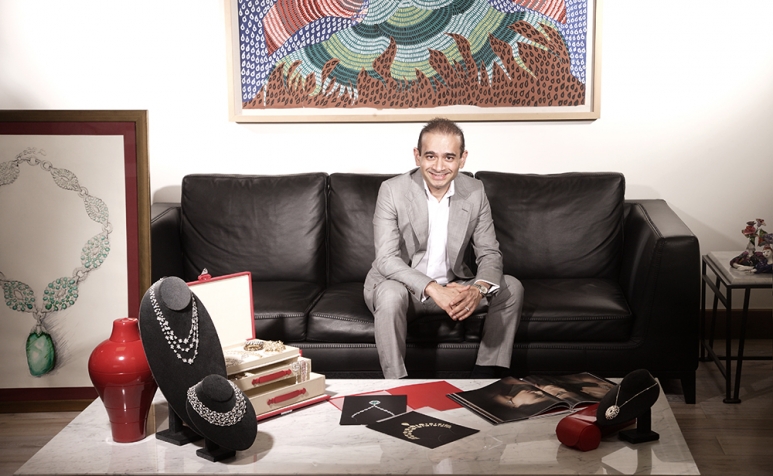 Nirav Modi in his Mumbai office

An elegantly suited Nirav Modi sits in the intimate parlour of his eponymous jewellery brand’s Hong Kong boutique, which is a far cry from his 28,000sqft Mumbai headquarters. Indian-born Modi is here to present to special clients his latest line, Luminance. Like the rest of his range, it pares the metal to a minimum and maximises the visual impact of the diamonds.

The soft-spoken designer says he has always aimed to create pieces that stand out, a goal clearly achieved in Luminance. The flower-themed line includes rings, earrings, ear cuffs and necklaces created with a mix of diamond cuts—brilliant, old, rose and a special pear-shaped cut called Jasmine in which the diamonds are angled a certain way to enhance their brilliance. All the stones are set en tremblant, creating movement.

“Every cut has a purpose,” says Modi, who has patented three of them. “We don’t create the cut just to add facets; we do it for a reason, and it’s usually to make the pieces light, with little metal and brilliant stones. They move with you.” Modi adds that in his line of work, innovation is important. “I want my pieces to be comfortable but be made of the finest quality possible. It’s a combination of art and engineering.” 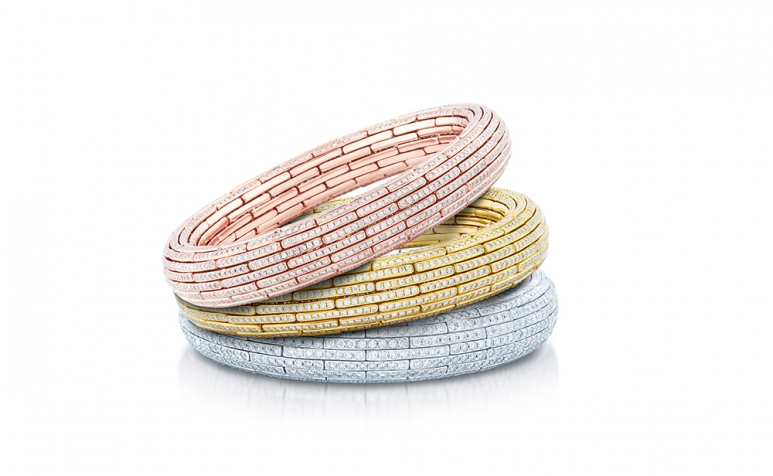 The Embrace stretchable bangles in white, rose and yellow gold

One of Modi’s great innovations is the Embrace bangle, which is made of metal and diamonds but stretches like elastic. “It took us two years and 800 different parts to achieve,” he says. The inspiration for it came while he was watching his daughters playing with plastic bangles. “I thought, why can’t women have fun with their jewellery?” The Embrace, which comes in three sizes and three gold colour options, is clasp-less and fits the wrist snuggly.

The brand also boasts some of the most unconventional ring designs, including the Endless Cut ring, which features an unbroken line of diamonds with no prongs, each specially cut gem flowing into the next. The company’s patented Mughal Cut comes in the shape of a petal, while the Ainra Cut creates oval diamonds with central voids that can be strung together like a chain. 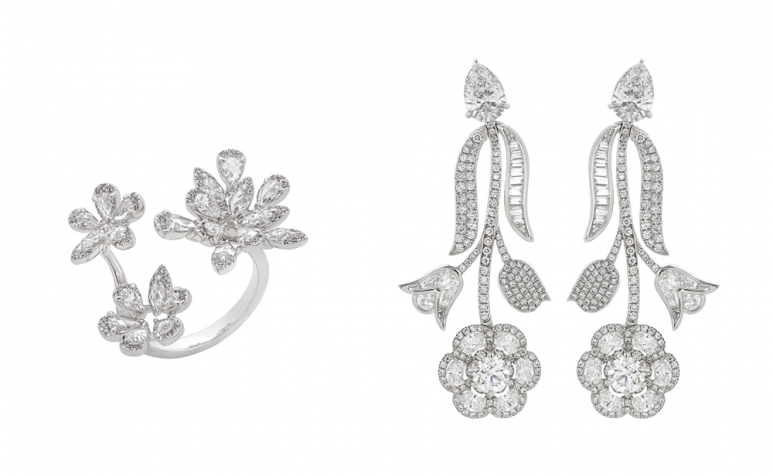 Left: A ring from the Luminance collection; Right: Earrings from the Mughal collection, featuring petal-cut diamonds

A third-generation diamantaire, Modi has built a multibillion-dollar empire in the past 16 years, spanning sourcing, cutting, manufacturing and retailing diamond jewellery. All the pieces are made in India, but Modi also operates sourcing and cutting units in Russia, Armenia and South Africa.

Modi was born in Palanpur, a town in the state of Gujarat noted for its diamond merchants. His grandfather migrated to Singapore in the 1940s, and his father moved the family to Antwerp, Belgium, in the 1960s to be at the centre of the diamond trade. Modi moved to Mumbai in 1990, selling diamonds for his uncle until 1999, when he decided to set out on his own. “I wanted to focus on larger diamonds and do very fine jewellery,” he says.

In 2010, Modi gained international recognition when a necklace he designed was chosen for the cover of a Christie’s auction catalogue. The Golconda Lotus featured a rare 12.29-carat Golconda diamond suspended on a lattice-work diamond chain studded with pink Argyle diamonds. The one-of-a-kind piece fetched US$3 million. Since then, Modi’s jewellery has gone under the hammer at various auctions. In December, a pair of diamond earrings featuring fancy intense yellow, pink and white diamonds sold at a Tiancheng International auction in Hong Kong for US$10.6 million. 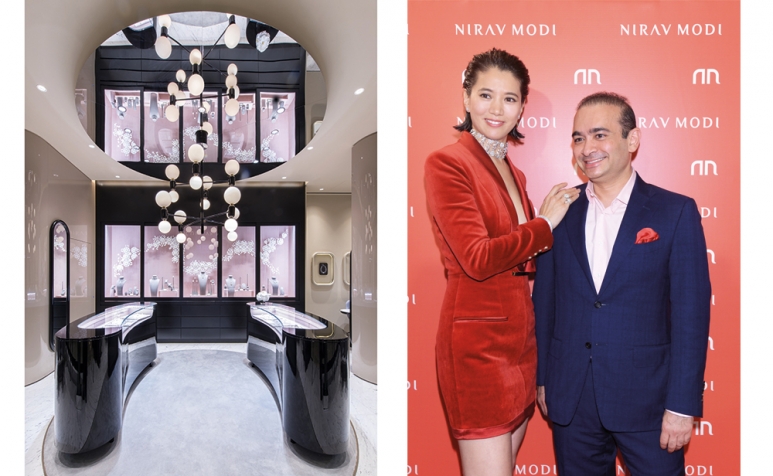 Modi is an innovator who dreams big. He recalls his first trip to Hong Kong almost three decades ago, when beautiful jade rings were already fetching remarkable prices. “It was then that I realised what I wanted to do in jewellery—to make exquisite diamond pieces at the top end of the market. I don’t mind how many hours it takes as long as the piece is perfect.”

His plans for expansion are just as ambitious. The jeweller opened his first two overseas boutiques last year, the first in New York in September, the second in Hong Kong shortly after. Guests at the New York opening included actress Naomi Watts and supermodel Coco Rocha, and the guest of honour at the Hong Kong event was actress Anita Yuen. “We’ll be opening between six and 10 stores this year in Macau, London, the US, Bangalore and another one in Hong Kong.”