What You Missed At Paris Haute Couture Fashion Week 2017

The Paris Haute Couture Fashion Week 2017 wrapped up its four-day-long event with some of the biggest names in fashion. From Dior to Chanel and Giambattista Valli, here's all that happened from the front row at some of the most highly anticipated fashion shows.

The day started with a sneak peek of the Chloe Femininities exhibit at its new cultural space, the Maison Chloé, continuing with an all-American, floral-heavy Rodarte show, a liquid gold Guo Pei runway collection and ended with Bella Hadid walking the racecar driver-inspired Miu Miu Show. 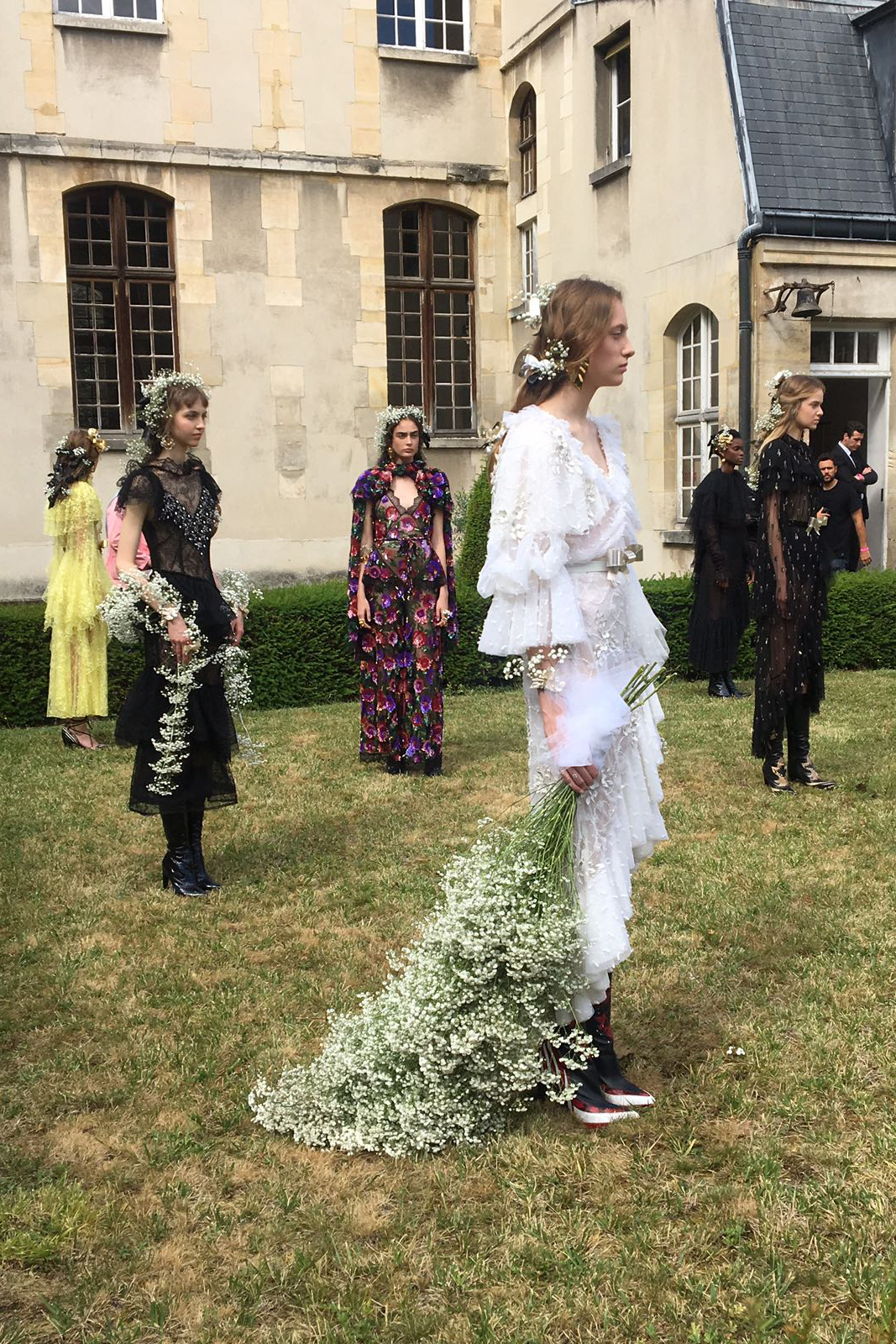 The designer of Schiaparelli, Bertrand Guyon once again hones in on the house's codes (hearts and Dali's lobster) on beautiful garments for the second day's first show.

The day continued with Iris Van Herpen's theatric show with musicians performing underwater for her new collection Between the Lines and a dreamy chiffon and lace-filled show with Giambattista Valli under the arches of the Petit Palais. 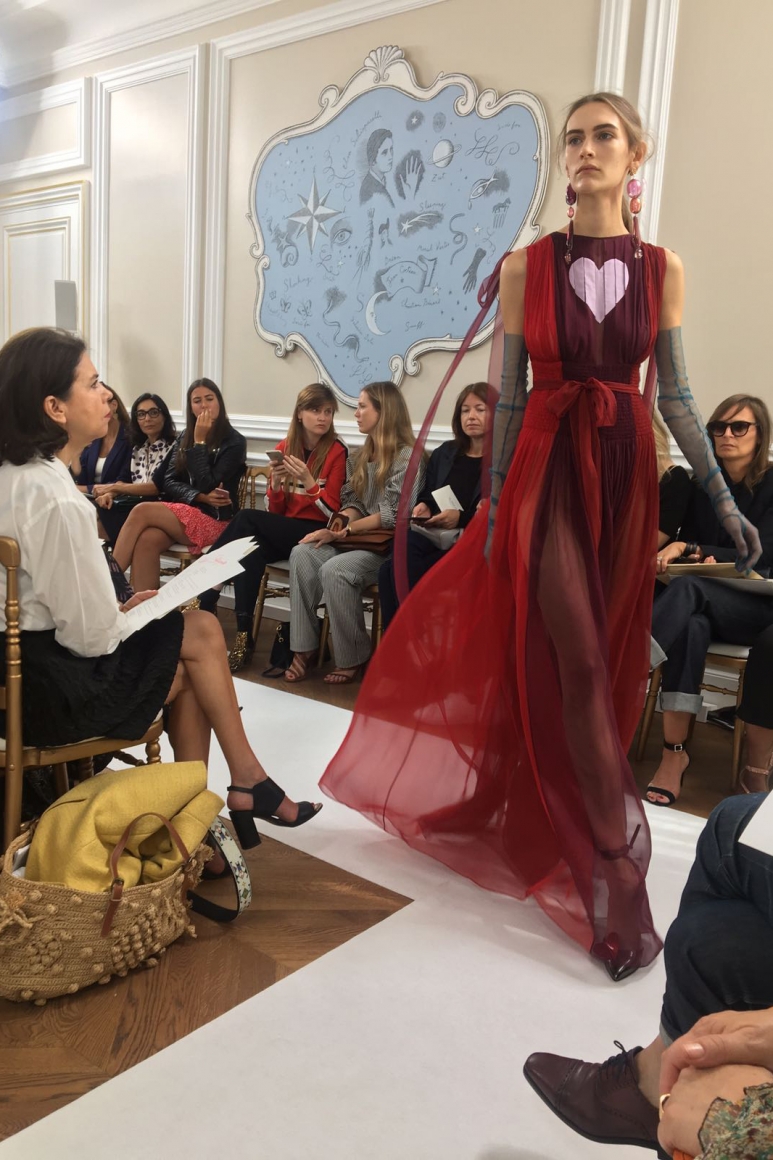 One of the main highlights of the night was Dior's 70th anniversary Christian Dior: Designer of Dreams exhibition at Musée des Arts décoratifs.  The venue featured the evolution of Dior’s style across the decades with over 300 gowns from 1947 until the present day. 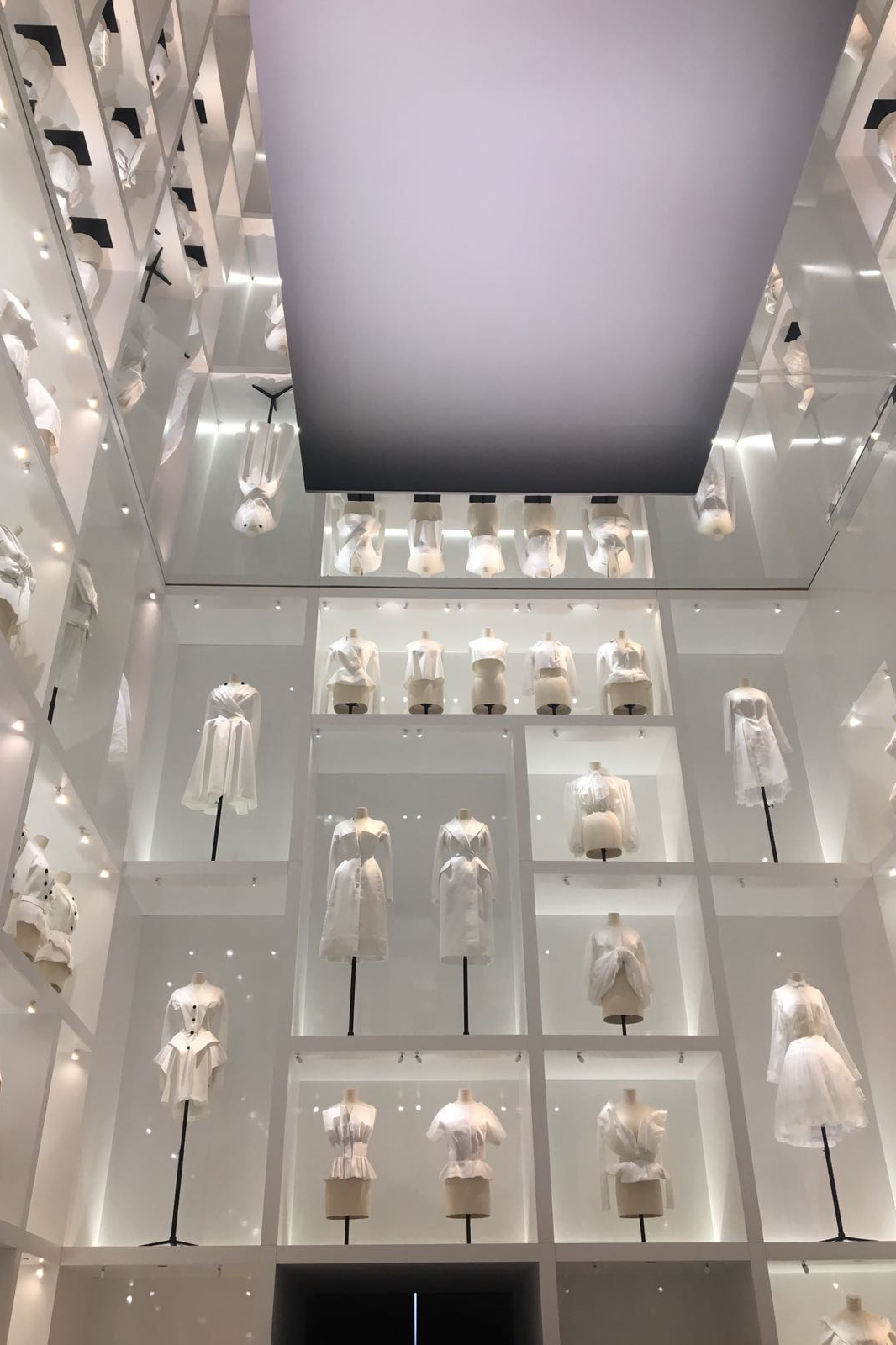 The night ended with the Hong Kong crew gathered in celebration of Eleanor Lam's birthday. 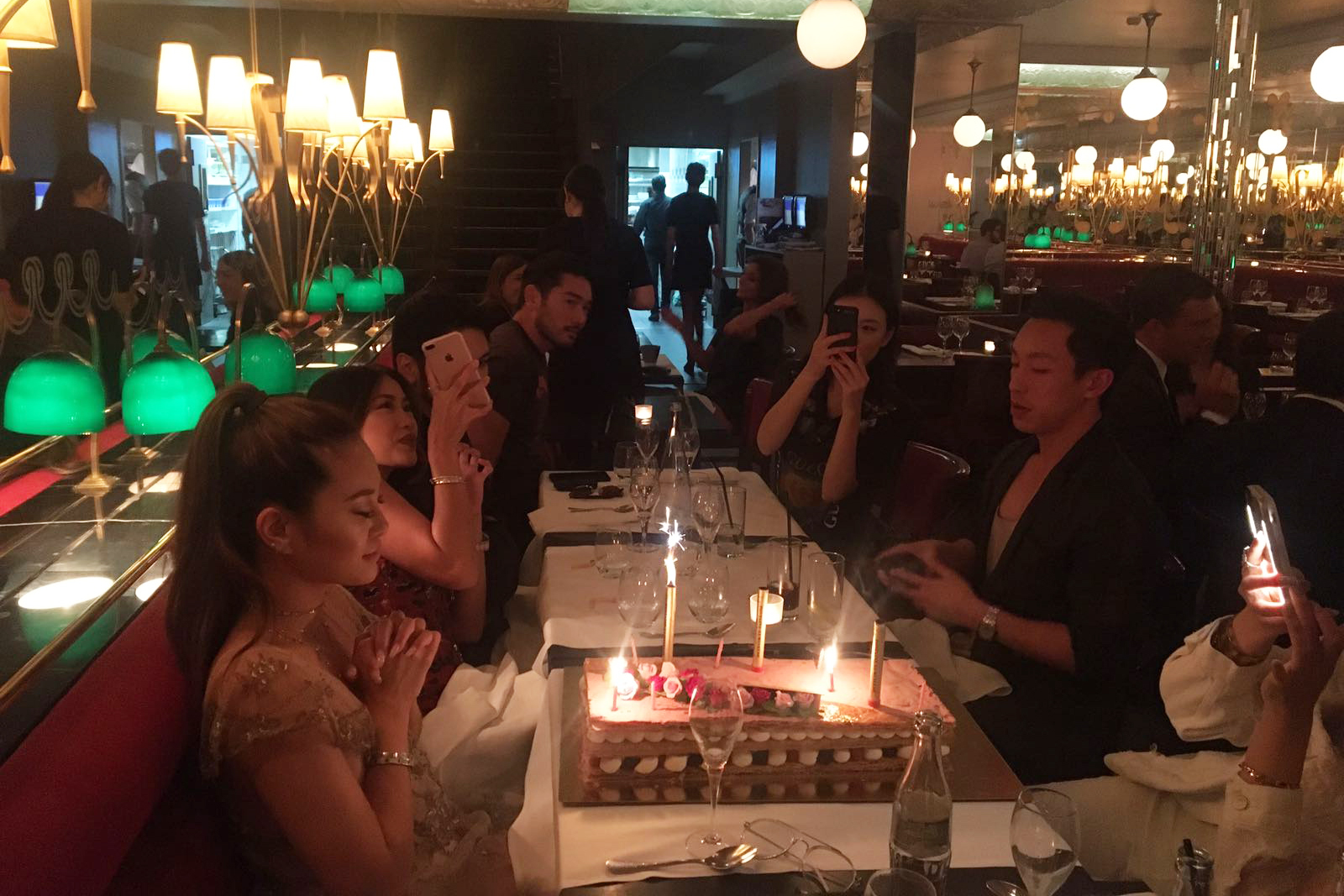 The talk of the day, however, was undoubtedly after Chanel's presentation (which took place under a replica of the Eiffel Tower built within the Grand Palais) when Karl Lagerfeld received Paris' highest honour—La Médaille Grand Vermeil de la Ville de Paris—from mayor Anne Hidalgo. 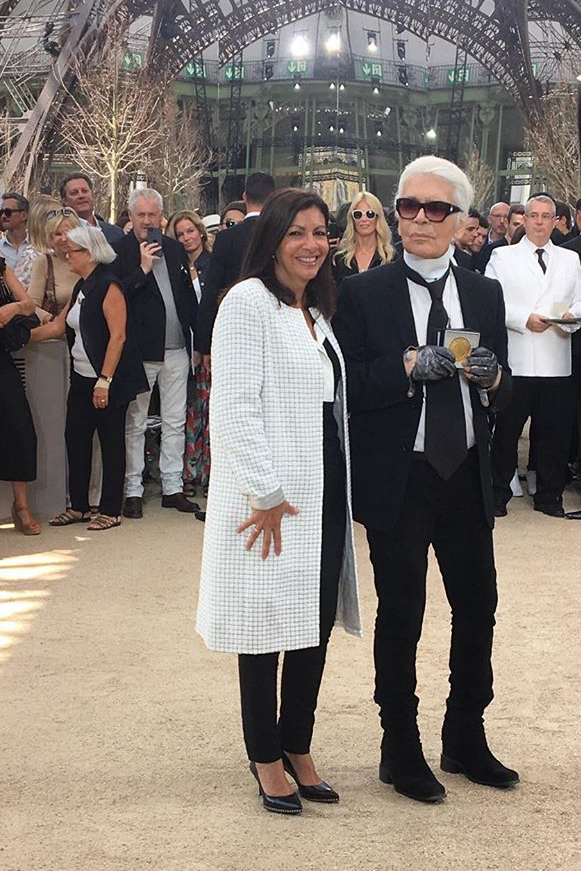 Karl Lagerfeld with the mayor of Paris, Anne Hidalgo

The last day of Paris Haute Couture Fashion Week wrapped up with a last minute relocation for the Maison Margiela to a more intimate setting at the brand’s design headquarters in a 19th-century former religious academy.

Mr. Valentino himself made an appearance at the Maison Valentino show, and the four-day extravaganza ended with a flower power Fendi show with Bella Hadid and Kendall Jenner strutting down the runway. 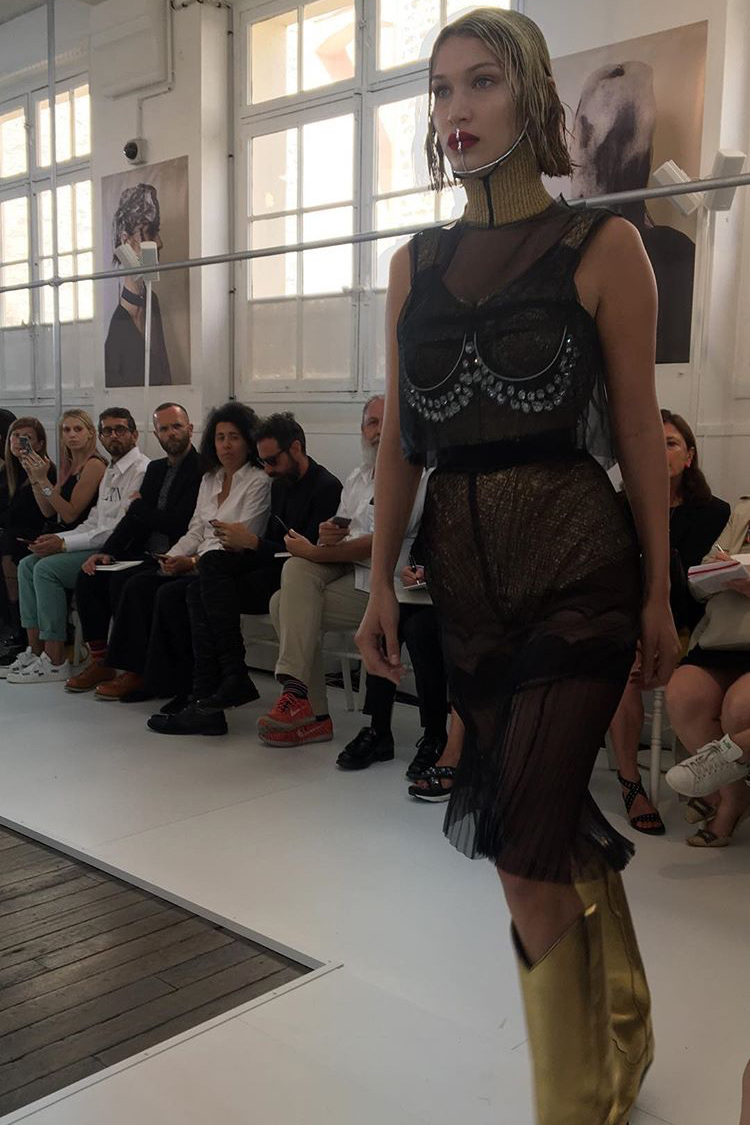 The main event of the day was undeniably the riveting opening by Naomi Campbell and a strong catwalk by Karlie Kloss at Azzedine Alaïa's show.

All photos by Justine Lee.