By Charlene Co July 31, 2018
Watch collector Winston Koo, vice-president of UCP International, shares his passion, the story behind his favourite timepieces, and how to match watch aesthetic to the occasion

Holiday watch: For a beach holiday, it would definitely be an Audemars Piguet Royal Oak Offshore, or a Panerai. For a city holiday, it would most often be a trusty Jaeger-LeCoultre or a Blancpain Fifty Fathoms.

Black tie watch: As I’m mostly a sports or dive watches person, for formal occasions I will borrow my wife’s Jaeger-LeCoultre Master Ultra-Thin Jubilee Proto-Zero. I got it for her at a charity auction hosted by Jaeger-LeCoultre a few years ago. However, if she plans to wear the piece for a special evening, I would go to my default piece, the JLC Geophysic True Second.

On my radar: Blancpain’s next Ocean Commitment edition. I’m a staunch supporter of ocean conservation and a big fan of the brand’s support for the preservation and protection of the world’s oceans. Their previous two Ocean Commitment limited editions were impeccable, plus the fact that my wife’s name is Oceane makes this series close to my heart.

Joke's on me: Another watch that’s on my radar is one that I will probably never have the opportunity of seeing, or owning. My interest in this watch has its origins in a cruel, though very funny, April Fool’s joke played upon me by my good friends at Jaeger-LeCoultre (JLC). Knowing that I have a penchant and affection for black watches, they sent me a photo of a black Memovox Deep Sea watch. To say I was smitten would be an understatement. I called and emailed my JLC contact, expressing interest and a commitment to purchase the piece. After two weeks of back and forth—trying to get details on the watch’s size, material, release date, and so forth—I was finally told that the watch was nothing more than a computer-generated image, and that the manufacture had no intention of making said piece. Despite my disappointment of not ever being able to wear or own the piece, I appreciate the humour and friendship behind the ruse. 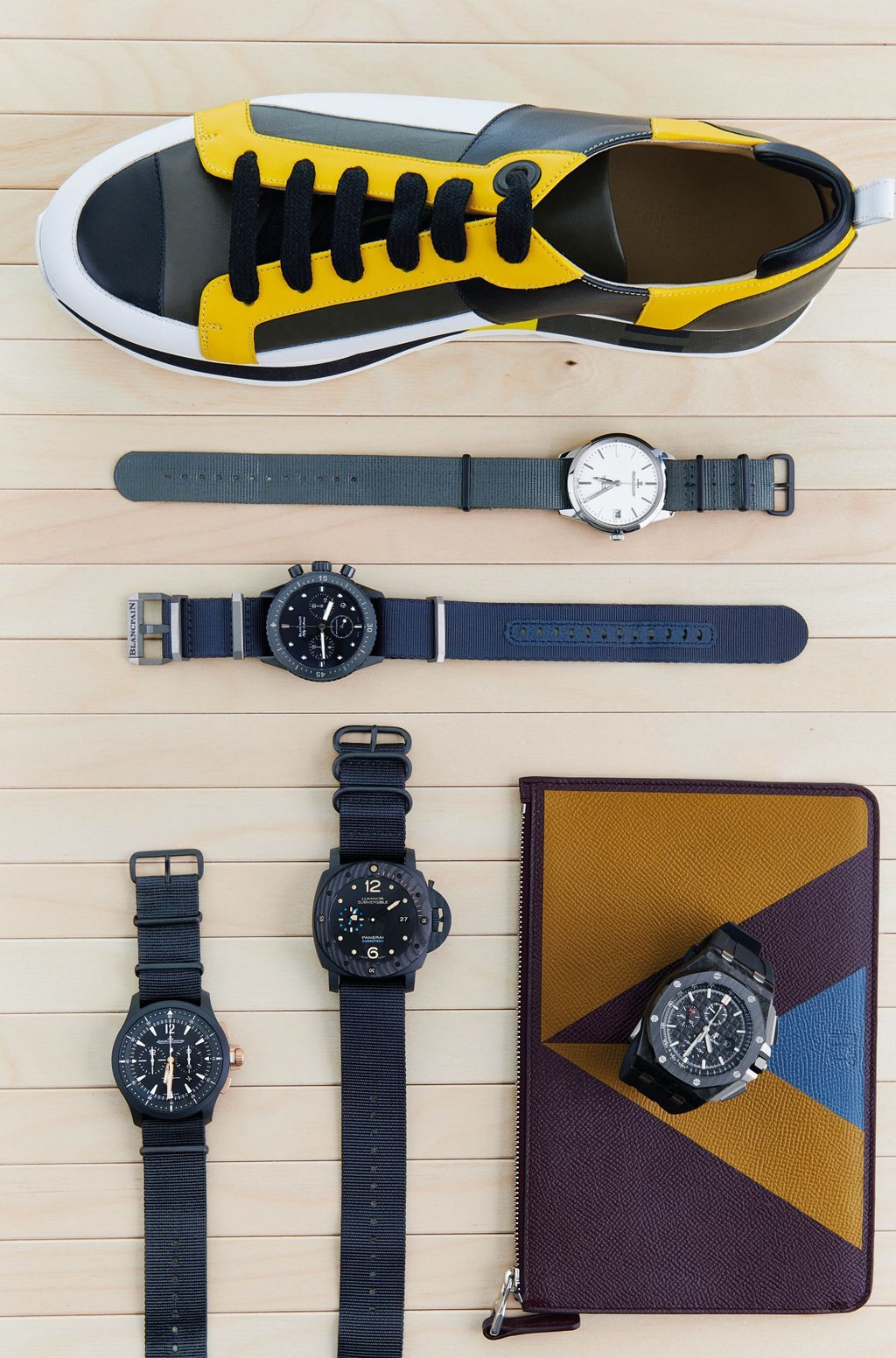 Sentimental reasons: The Blancpain Bathyscaphe Flyback Chrono in black ceramic. This is my most-discussed—and most photographed—watch, because I wore it at the birth of my two children. I especially like to wear this watch when I’m travelling for work and away from my family.

People in this story