By Rebecca Cairns January 20, 2017
Meet the first ladies of fashion, with our favourite styles from over fifty years of American politics 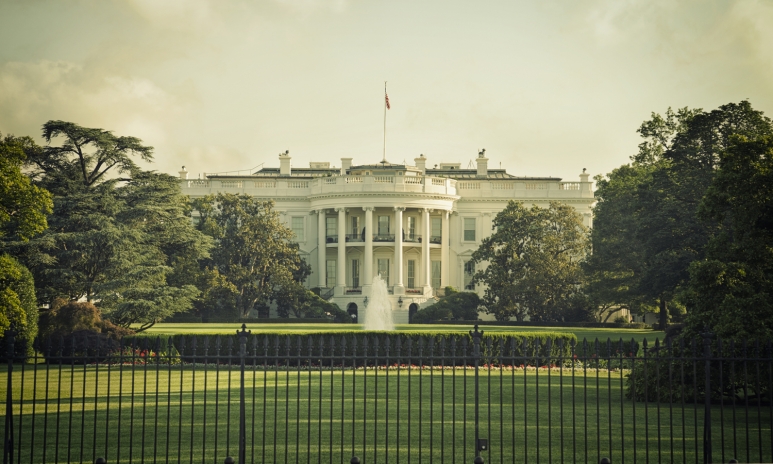 Back in 1912, First Lady Helen Taft was asked by the Smithsonian Institute, colloquially named ‘The Nation’s Attic’, to donate a dress which represented her for its political history collection. She donated a silk chiffon dress –the one she had worn to her husband’s 1909 inauguration. Unwittingly starting a tradition, each first lady since has donated her inaugural ball dress to the institute, building up a rich archive.

Although a revered honour, dressing and styling of the first lady is never an easy task: the eyes of the world turn to the President and his wife for a demonstration of what kind of leaders they will be. Melania Trump, whether good or bad, often gets tarred with the same brush as her outspoken and divisive husband. Her backstory is hardly the standard resume of a first lady, but that doesn't mean she is innately unqualified for the job. The Slovenian-born model has said that although she will be taking a back seat from politics to prioritise raising her 11-year-old son, she still plans to use her new position to take on projects combatting social issues like cyberbullying. Only time will tell if she will successfully use her new-found powers for good.

But, the more immediate question on everyone's lips: who will dress one of the most controversial first ladies in history? Despite her long connections with the fashion and modelling industry, her husband's reputation and politics have divided the fashion world. Designers like Calvin Klein and Tommy Hilfiger are queuing up to dress her, while Sophie Theallet and Tom Ford have publicly refused.  Most recently, it has been speculated that the all-American brand Ralph Lauren, who dressed the USA Olympic team in 2012 and 2016, will style the incoming first lady. With brands like Dolce and Gabbana already facing backlash on social media for its open celebration of Mrs Trump's fashion choices, it's a commercially risky business mixing fashion and politics.

We wait with bated breath to see who will take on the challenge of dressing Melania for the inauguration. In the meantime, take a look back through the archives at some of our favourite first lady looks, and what their individual style choices say about them.

Even before her time in the White House, Jackie Kennedy was known as one of America’s most stylish women and her outfit to her husband’s inauguration in 1961 showcased this. Although famed for her fashion collaborations with Oleg Cassini, Jackie opted for a white chiffon gown and cape which was designed by Ethel Frankau, from sketches Jackie had made herself.

Showing confidence and style savvy, the young and fashionable Kennedy’s couldn't be more different to their predecessors, the Eisenhower’s, fitting in easily to an age of celebrity and television and creating a precedent for pop politics.

It may sound like fashion suicide, but her unconventional choice was not totally without merit. While many criticised her for not taking her role seriously and not showcasing a contemporary American designer, the social and political statement that her vintage Mary Matise for Jimmae dress made during a time of economic crisis for many Americans was for perhaps more important.

First worn to her husband’s Georgia Governer inauguration ball in 1971, the elegant blue chiffon gown with gold embroidered coat is still a distinctive style statement, even the second time around.

In stark contrast to Rosalynn Carter, Nancy Reagan wanted to reinstate some old-school glamour to the White House. Throwing a white-tie dress code party for the inauguration ball, Nancy embraced her Hollywood roots with an extravagant lace-over-silk beaded and embroidered James Galanos gown.

Her whole inauguration outfit was rumoured to have cost more than $25,000, drawing negative criticism for her insensitivity during a time of financial difficulty – however, her lasting impression in history as one of the most extravagant and glamorous first lady probably makes it worth it.

Before she was in the running for president, Hillary Clinton was first lady. Already a successful and established lawyer, she marked a new era for the role as a professional and highly educated woman interested and active in her husband’s politics.

Unusually receiving an office in the West Wing, she campaigned for policies in gender equality and public healthcare, progressing policy into the research and diagnosis of breast cancer, prostate cancer and Gulf War Syndrome, and creating a dedicated office to deal with violence against women.

Her 1993 inaugural ball gown was designed by Sarah Phillips, a little-known designer from Little Rock – it’s suggested that a local designer was chosen to remind the public of the Clinton’s Arkansas roots, but the princess-style lace and velvet beaded violet gown is a regal statement from a woman ready to lay down the law.

Hillary's second inaugural gown in 1997 was designed by Oscar de la Renta, a long-time friend who frequently helped with her public image, including setting up the famous 1998 Vogue cover.

Like Jacqueline Kennedy and Nancy Reagan, the most recent first lady Michelle Obama opted for a white gown during her husband’s 2009 inauguration to share a message of hope and peace; but it was the 2013 red chiffon dress that really stole the show. Both designed by New York-based Canadian designer Jason Wu, it is rumoured that he didn't know his design had been selected until he saw the inauguration on TV.

Michelle's style choices have garnered much media attention, and she has become a role model for women around the globe, in both her personal presentation and professional life. Like Hillary Clinton, Michelle is a successful law graduate and an active participant in her husband’s politics. As the first African-American first lady, her work towards a more progressive and inclusive USA has been vital in promoting gender and racial equality, along with progressing LGBT rights.