Since 1914, Cartier’s Panthère has endured as the brand’s symbol for powerful females. Emilie Yabut-Razon delves into the history of the motif as the jeweller celebrates a century of inspired design with a special collection 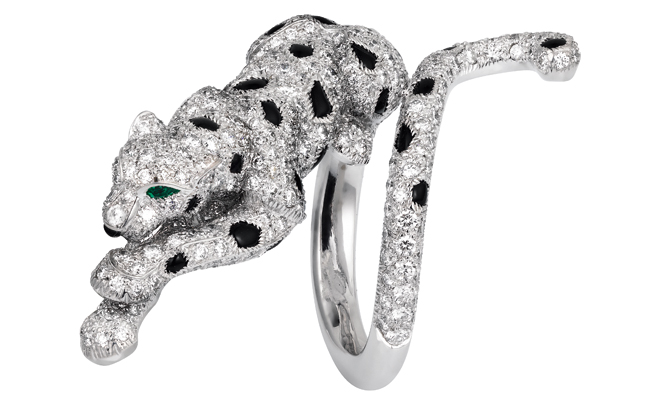 A ring from the 2014 Panthère de Cartier Collection

The panther is one of Cartier’s most recognisable motifs, first appearing on a jewelled watch a century ago as a black and white pattern in onyx and diamond paving—a technique said to have pioneered the contrasts of what was to be art deco style. It was the beginning of an enduring relationship between the maison and the enigmatic jungle feline.

That same year, Louis Cartier ordered the artwork Lady with Panther from French illustrator and painter George Barbier; it was later used by the maison for its advertising. The illustration portrayed a woman holding and wearing necklaces, with a sleek black panther gracefully resting behind her.

Soon, the panther would become irrevocably affiliated with an indomitable woman: Parisian style icon Jeanne Toussaint, whose association with the firm began in 1915. Toussaint was described by many as an original and affectionately called “Panthère” by Louis Cartier. She indulged her passion for the animal by decorating her apartment with skins and jewelled objects featuring panthers. Creative and demanding, she enveloped herself in an aura of elegance and dictated a style that was distinctly her own. She became the company’s high jewellery director in 1933, and led Cartier away from the rigidity and structure of art deco towards more figurative work, producing some of brand’s most whimsical designs. 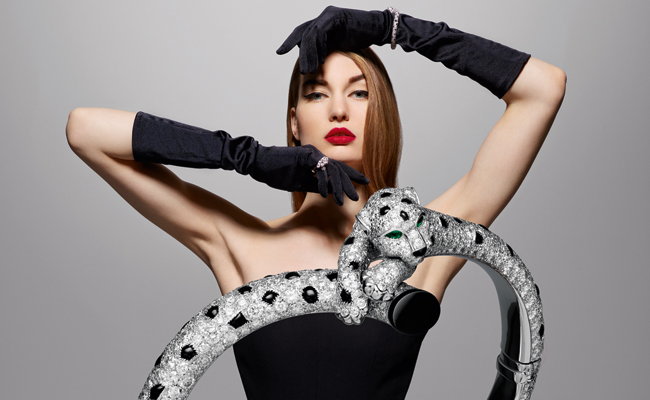 This year, Cartier presents a special 56-piece Panthèreanniversary collection that draws from the vitality of the past with 3D designs, optical art and sleek details, combined with the notable craftsmanship and rare gemstones for which the jeweller is renowned.

Onyx, gold, diamonds and emeralds feature prominently in the collection, which includes rings, necklaces and bangles. Among the highlights is a white gold bracelet set with onyx, emeralds and diamonds, and a new chiselled look of the panther carved out in solid-gold openwork, with versions in yellow and white gold, plain or set with diamonds.