Phillip Lim on Why Athleisure Is the Future of Fashion

Designers began scoring goals with athletic-inspired high fashion in the noughties. Ten years on, gym-to-street style is more popular than ever 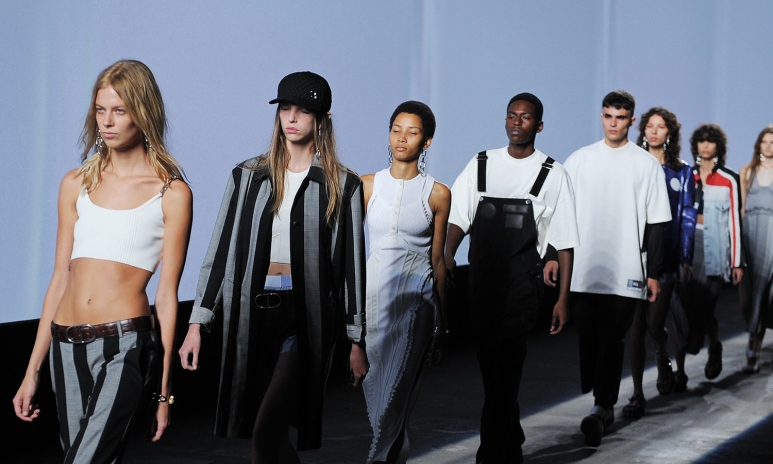 If you came of age in the 1990s, your wish list would have included a group of American designers you considered to be a newly grown-up girl’s sartorial best friends. The likes of Donna Karan, Ralph Lauren and Calvin Klein provided the key pieces and seminal moments in the wardrobes of women of that era as they entered the workplace, hit the town and embarked on their adult lives. Step forward 10 years and a new guard of American sportswear kings took up the mantle when it came to delivering the essentials for smart, young working women all over the world—designers such as Rag & Bone, Alexander Wang, The Row and Theory, all founded in the mid noughties, and all of whom serve as key names in fashion today. Leading their charge was Phillip Lim, who recently celebrated 10 years in business.

Lim was part of this vanguard of new American designers who saw a gap in the market for well-designed, more reasonably priced clothing—and moved on it, with huge success. His ideas back in 2005, when he launched his 3.1 Phillip Lim label in New York at the age of 31, were revolutionary, and his approach carved a new path for ready-to-wear. “When we started out, my business partner said, ‘What do you want to do? We can do anything you want,’” he explains of the process involved in coming up with his big idea. “I said, ‘I think we should model the clothes after people like us, people that are just starting out with limited funds but big desires. Why don’t we just take a stab at that and try and approach highly designed clothes at a really accessible price point?’ There was really nothing like it, and it caught on. People were like, ‘Wow!’” 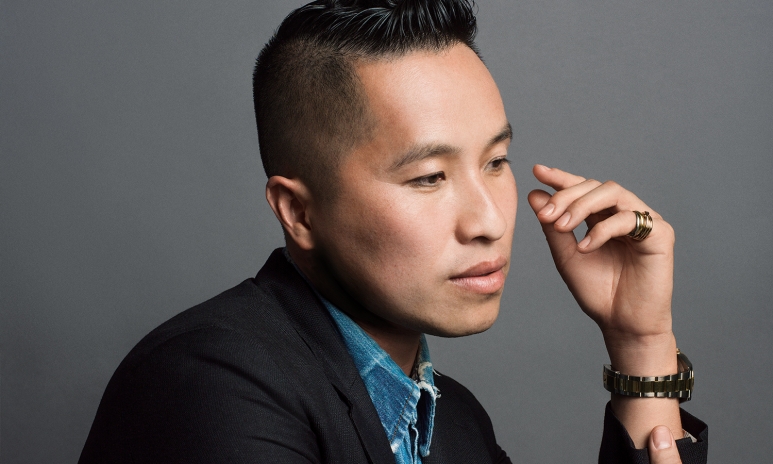 Catch on it did, with retailers, the fashion industry and his contemporaries all scrambling to become part of this new, more democratic approach. The Council of Fashion Designers of America awarded Lim the 2007 gong for Emerging Talent in Womenswear, just a year after he debuted his first collection; stores created whole sections dedicated to this new, well-priced category; women clamoured for his pieces; and his peers sat up and took notice.

Within a couple of years, a whole new stable of American designers had emerged that delivered a clean, sporty, youthful aesthetic for women who wanted high fashion on a more practical budget and a look that fit their lifestyles. Imagining the fashion landscape today without these entrepreneurial players is nigh on impossible.

Just predating Lim was Rag & Bone, the denim-focused line from New York-based Brits Marcus Wainwright and David Neville. They took a casual staple and gave it a fashion-forward twist, offering a whole new look for women who wanted to look sleek in their weekend jeans.

Then there was Theory, the brainchild of former Calvin Klein executive Andrew Rosen. Founded in 1997, it is now estimated to do more than US$1 billion a year in sales of cool, contemporary clothing aimed at young professional men and women. Former child stars the Olsen twins confounded the fashion world’s expectations with their carefully conceived, minimal line The Row, launched in 2006, to deliver the very best in essentials—and then, just to seal the deal, Alexander Wang burst onto the international scene in 2007 with his line of sporty chic. 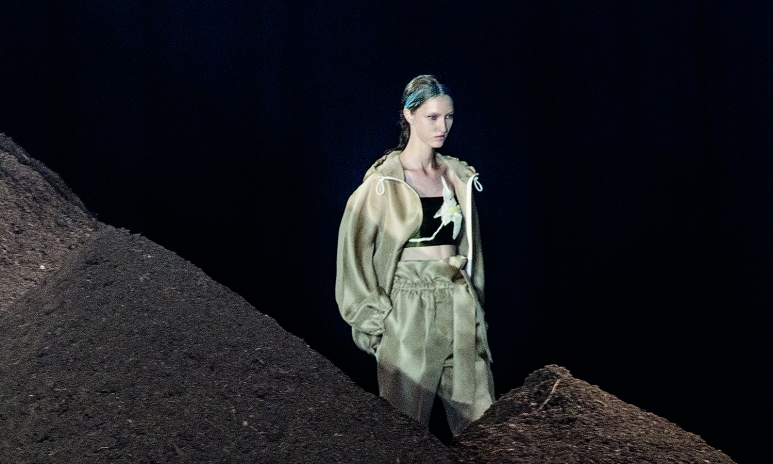 The success of Lim and his contemporaries was due in no small part to the fact they absolutely understood the needs of their generation. “We were that lifestyle,” Lim explains. As budding entrepreneurs just starting out in downtown Manhattan, “we were young creatives with exciting, multifaceted lives that went from work to cocktails to dinner, and we needed clothes that addressed that. We understood what people were thinking—you know, ‘I’ve got to pay bills, and look good, and go out at night. And I’ve got to feel it!’” His explanation makes sense. All of these brands were helmed by young designers living heady days as entrepreneurs at the coalface of a revolution in fashion. They themselves embodied the needs of their consumers in a relationship that has more than paid off.

The second strand of their success is to be found in the all-encompassing offering these brands created and the aesthetic they crafted. As Lim puts it, the wardrobe he conceived delivered “a T-shirt to a gown and everything in between.” Following on from the great tradition of American design giants such as DKNY and Calvin Klein, long famous for their sporty-luxe aesthetic, he came up with an understated, clean and slightly athletic look, hitting the nail on the head when it came to delivering clothes that fit this new vibe of life lived on the move.

Ten years on, these brands could not be more relevant. Not only are they bang on the money as economy-conscious consumers strive to balance purchases with the realities of life, but brands such as Wang’s and Lim’s find themselves absolutely in the sweet spot as fashion enjoys a sporty moment.

“I guess that after a decade of extravagant styles and excessive prints, the idea of simple silhouettes has become something very refreshing and appealing,” explains Joethy Yu, senior womenswear buyer at Harvey Nichols. “This is where American brands stepped in as the answer to no-fuss dressing and off-duty chic, further glorified by the comeback of the ’90s and trainers as the everyday shoes to team even with high fashion.” Their appeal reaches from high end to the high street. Both Lim and Wang have branched out to collaborate with giant fashion retailers—Wang with H&M, Lim with Target—and have expanded to encompass menswear, childrenswear (in the case of Lim) and a full range of accessories. “It’s been about redefining what it is to be classic,” says Lim. “If it’s classic, why can’t it be fun, too? If it’s youthful, why can’t it be elegant?”

Celebrity endorsement could also not be more active, with stars creating their own lines. Beyoncé’s brand new Ivy Park and Kanye West’s Yeezy are proof of the allure of sporty chic right now. “The athletic trend is an unstoppable trend that the world is going through at the moment,” says Lane Crawford general merchandise manager Kelly Wong. “A lot of brands are shifting into a more sporty aesthetic, mainly driven by the whole wellness thing. The idea of being able to wear something casual but still look fashionable appeals very much to our customers.”

So of the moment is this offering that the old guard of American sportswear is even enjoying a resurgence, appealing to a young generation who didn’t know them back in the day but who are on the hunt for just their sort of aesthetic. Why else would Calvin Klein be tapping the likes of Kendall Jenner and Justin Bieber for their advertising campaigns? 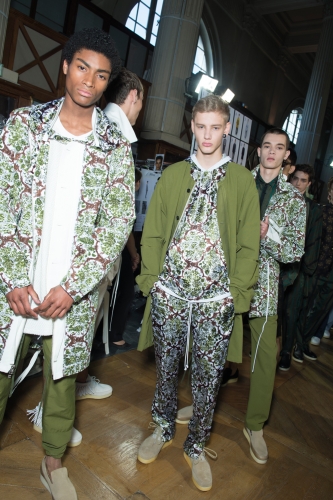 The look these brands are known for works as much for women now as it did when it was conceived a decade ago. As fashion becomes less homogenous and women around the world, inspired by street style and social media, grow in confidence to create their own look, brands that peddle well-designed separates you can make your own continue to hold immense appeal. “Their practicality and the frequency of wear they allow, with pieces that take the modern women from work to after-work, including dinners, gym visits and grocery shopping in between, is key,” says Harvey Nichols’ Yu. Adds Wong, “They allow customers to express their own interpretation of style and attitude. They are so versatile and easy to mix and match. Women shop for them mainly because of their simplicity.”

As Lim puts it, “I’m not trying to be a dictator; I’m just trying to be your friend. Clothes are like a friend, you know. When you feel bad, they’re here to make you feel good, when you need confidence, they’re here to make you stand up straight, and when you need a little excitement, they’re right there with you.” He is right there, too, standing stronger than ever in the fickle world of fashion, offering well-priced design to people who simply want to look good. It’s hardly a wonder it is working so well.