By Jacqueline Kot April 28, 2017
With more than 1,000 guests, Jacqueline Yam and Eric Yu had to host their Secret Garden-themed reception at a conference venue 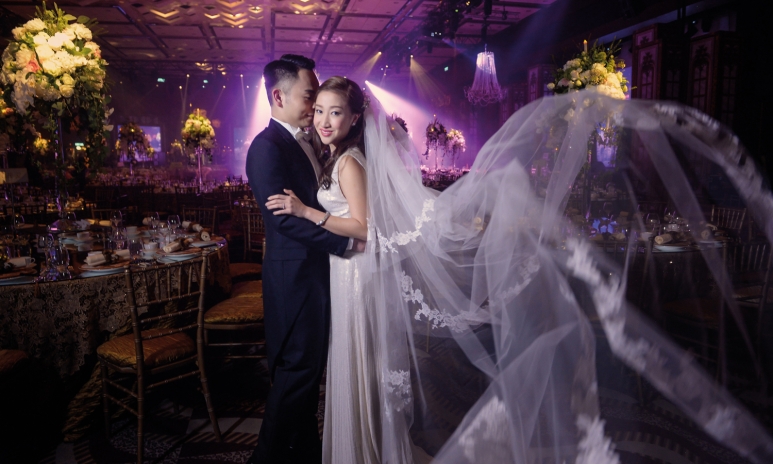 It all started more than 10 years ago when Jacqueline Yam and Eric Yu met as teenagers through mutual friends. Inseparable ever since, their relationship developed until Eric surprised Jacqueline with a proposal while they were on holiday in Koh Samui. The couple finally tied the knot in a glamorous celebration on November 14 last year.

The day began with a traditional Chinese tea ceremony, followed by an intimate signing with close family and friends, and ended with a huge shebang at the Hong Kong Convention and Exhibition Centre (HKCEC) for more than 1,000 guests. 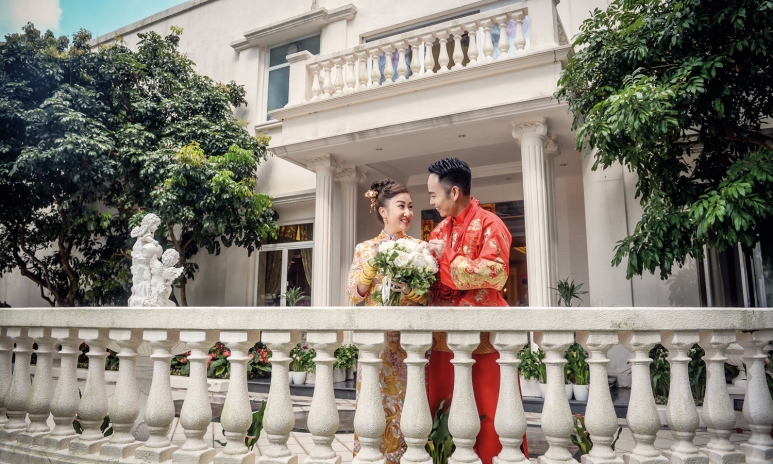 “There’s no sentimental value to hosting it at the convention centre,” says Jacqueline, when asked how the couple picked the venue. “It was literally the only place in Hong Kong that could fit the number of guests we had to accommodate!"

“To eliminate stress, the best thing to do is to trust your wedding planner and take their advice”- Jacqueline & Eric

Transforming the banquet hall at HKCEC is no easy feat, but one advantage of the vast room’s blank canvas was that it opened endless possibilities for veteran party-planner Silvio Bergé, with the couple eventually settling on a Secret Garden theme.

The décor was complete with Bergé’s signature mirrored table tops and beautiful metre-high flower arrangements as centrepieces. “There were so many fresh flowers that it actually smelled like a garden when we entered the ballroom for the first time,” says Eric. The illusion was completed with images of beautiful gardens projected onto screens around the room.

Guests were served an exquisite banquet meal specially catered by The Grand Hyatt Hong Kong. The couple’s five-tier wedding cake, designed by Bergé, became a talking point for the evening as it took pride of place on the stage. 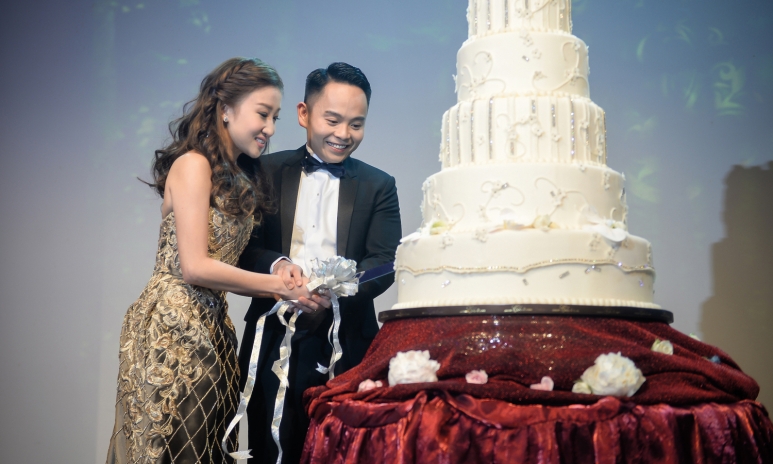 The newlyweds created their own emblem, which incorporated both of their initials, designed to signify their union. The symbol appeared on the wedding invitation, on the dance floor and was even subtly projected onto the walls during the dinner.

The couple’s favourite moments included the touching speeches from their parents and the specially selected performances—a beautiful harp recital as well as a dramatic acrobatic performance, which featured two performers hanging from a chandelier on the ceiling.

Both performances were choreographed by Bergé. During the chandelier performance, all the guests had their phones out and mouths agape in awe of the acrobats’ talents.

After the festivities, Jacqueline and Eric jetted off to the Maldives and Dubai for a month-long honeymoon. “We were so exhausted after the wedding, the Maldives was the perfect spot to wind down,” says Jacqueline. “And Dubai was exciting because we had both never been.”

Scroll through the rest of the wedding photos in the gallery below:

See also: 5 Romantic Resorts For A Destination Wedding In Asia