Thanks to soaring sales for home-grown fashion and beauty brands, Seoul is challenging Tokyo for the crown of Asian style capital. We travel to the land of K-pop to find out just how all-encompassing the Korean wave is 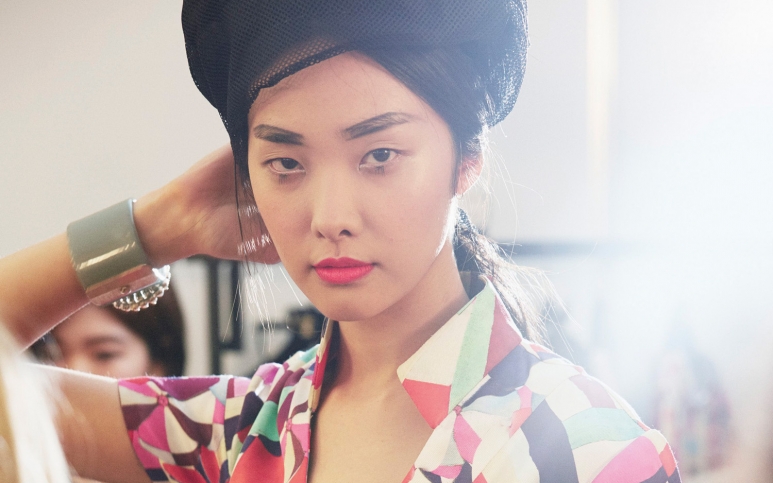 Backstage at the 2015 Chanel cruise collection in Seoul

Asia has always been trend driven. In the 1990s, it was all about Hong Kong action films; in the 2000s, we were listening to Japanese music. But the South Korean wave (or hallyu, as it’s known there) feels all encompassing by comparison. It’s not just about a genre of music or film or television; it’s about buying into an entirely Korean aesthetic and way of life.

It all began with K-pop. Psy and his catchy 2012 pop ditty Gangnam Style blazed the cultural trail, filling dancefloors around the world. Then came television—shows such as Boys over Flowers and My Love from Another Star had sky-high ratings across Asia. Since then, wave after wave of film, television and music has flooded the regional market, sweeping the charts in China, Japan and Southeast Asia. Even the West has woken up to the fact that the Korean wave is about more than just Psy, as illustrated by the 100,000 fans who attended Los Angeles’ recent KCon, a Korean cultural convention described by the Los Angeles Times as, “The year’s most significant concert for one of the world’s most fascinating music and cultural scenes.”

Back home, the adoration of K-pop stars translated into an obsession with recreating their doll-like appearances. Seoul has long been the plastic surgery capital of the world but fans were demanding more than eyelid surgery and fillers—they now wanted their faces remodelled with Kim Tae-hee’s nose or Lee Min-jung’s chin. The “bagel girl” look—a voluptuous body with a schoolgirl face—is all the rage thanks to lusted-after stars such as Shin Min-a and Shin Se-kyung.

For those unwilling to go under the knife, Korean beauty brands opened a plethora of colourful shopfronts in Seoul’s Myeongdong district offering myriad products in brightly coloured wrapping. The novelty packaging and innovative designs attract millions of buyers from Mainland China, who surge down the narrow streets jostling each other to get their hands on the latest cult products—eyebrow liners by Clio, mask sheets by Tosowoong, nail oils by Uka and jelly eye shadow by Mizon, to name but a few.

Established Korean beauty brands also saw their sales soar. “K-pop was an incredible boost to the beauty industry,” says Katherine Cha, the brand manager for AmorePacific. “If a star mentions a product on social media or in an interview, it’ll be sold out in hours. Although I think it’s important to remember that K-pop is not the only reason why Korean beauty brands are so big. Korean women have always been more interested in their skincare regime than women from most other countries. There is a very high value placed on appearance here. To be pretty is a most important thing.” 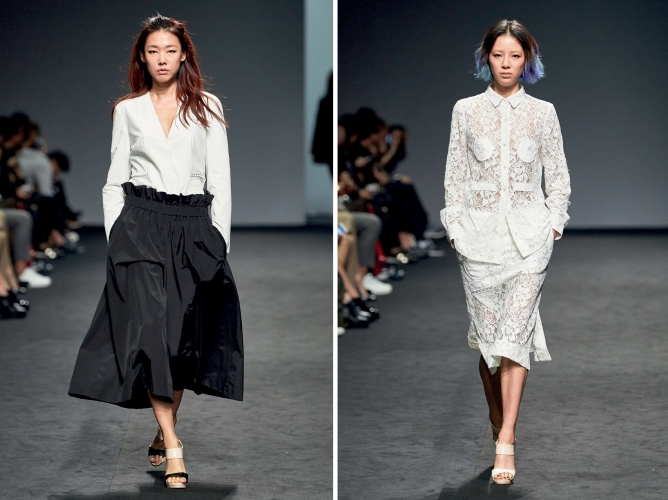 Chu clearly adheres to these Korean standards of success: she is flawlessly beautiful, with intricate nail art on her fingers, blood red lips and, although I’d put her in her mid-30s, I can’t discern a single line or blemish on her porcelain-white skin. However, she’s hardly unusual in this city of physical perfectionists. Walking the streets of Seoul, I notice a disproportionately high percentage of extremely good-looking men and women. Yes, most major world capitals attract fashionable, well-groomed residents, but in Seoul there is a uniformity and ubiquity of beauty that I have rarely seen.

“I think it all comes back to the war and the difficulties of the past,” says Bonnie Lee, the founder and creative director of fashion brand Suecomma Bonnie, which has 52 boutiques in Korea and 40 elsewhere in Asia. “After our war, we were one of the poorest nations on earth and today we are one of the richest. We have been taught to always strive to be the best versions of ourselves and to never accept anything less than greatness. And this applies to our appearance as much as it does to our businesses. Just because you aren’t born rich or beautiful doesn’t mean you can’t become those things with some effort and perseverance. And I think the fashion and beauty industries are central to the constant quest for self-improvement.”

The Korean fashion industry was a slow burner compared to its beauty counterpart, but it is now quickly picking up speed. “K-pop is all about a head-to-toe look so it makes sense that both phenomena are equally popular. Beauty paved the way, but I think fashion will do just as well if not better than the make-up brands as it’s even more creative—look at the imaginative designs by Beyond Closet and KYE for example,” says YC Lee, a Seoul-born buyer at Lane Crawford, who recently oversaw the department store’s acclaimed Korea Collaboration in Hong Kong. “The international public trust our beauty products and know they are well made, which means that when they’re buying clothes, they look at something with a made-in-Korea tag differently from a made-in-China one.”

"We have been taught to always strive to be the best versions of ourselves and to never accept anything less than greatness. Just because you aren’t born rich or beautiful doesn’t mean you can’t become those things with some effort and perseverance."

The desire to differentiate Korea from China was raised numerous times in interviews during my time in Seoul. “When I went to Central Saint Martins [in London] 10 years ago, half the people I met only associated Korea with China and the war, and now they’re all emailing me saying they want to come out to Seoul for inspiration and saying how lucky I am to live in such a vibrant city,” says Jinwoo Choi, who with design partner Yeonjoo Koo created J Koo, a fashion brand that dresses stars such as T-ara, K.Will and the Tasty duo, and which has been identified by American Vogue as one of five Asian brands to watch. “People know that we Koreans have high-quality products that aren’t mass-produced like they are in China—and because such a high premium is placed on creativity here, they’re going to be originals,
not knock-offs.” 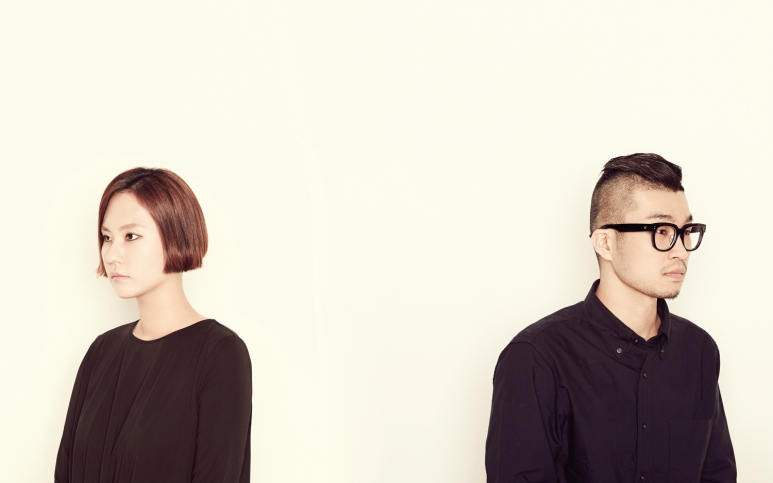 Yeonjoo Koo and Jinwoo Choi, the designers behind J Koo

Later that afternoon I meet Woo Youngmi, known in the fashion industry as Madame Woo, at her sleek three-storey Gangnam boutique. Her Wooyoungmi menswear label is one of Korea’s most respected exports—and Woo herself is effortlessly chic in a pair of her own black men’s trousers and blazer. It’s the day before Seoul Fashion Week and she’s holding a launch party with Mr Porter, and the intimidatingly glamorous international crowd she has invited illustrates just how far Korean fashion has come in the past few years.

Woo founded her brand, then called Solid Homme, in 1988 in a country completely unrecognisable from its modern-day incarnation. “Korea in the 1970s and ’80s had no fashion industry at all. It hardly had any industries to be honest. Up until the 1990s, I would say that we were barely living in a developed country. Opening a fashion brand in those circumstances was probably not very clever,” she says. 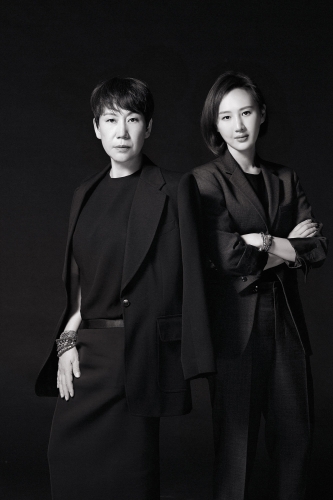 Today, her thriving business is split between Paris and Seoul, employs nearly 100 staff (including her daughter, Katie Chung) and generates about US$30 million in revenue a year. “Twenty years ago, I had to be better than the rest because I came from a relatively unknown country,” she says. “Now people come to a Wooyoungmi show expecting something typically Korean and creative and I sometimes think, ‘Look at the brand for what it is, not just for where it came from.’ But that’s a good problem to have. I’m proud of my country.”

"Korea in the 1970s and ’80s had no fashion industry at all. It hardly had any industries to be honest. Up until the 1990s, I would say that we were barely living in a developed country." –Woo Youngmi, fashion designer

Korea’s love affair with the West is now being reciprocated. International brands have suddenly woken up to the influence K-pop has on the rest of Asia and what that means for their sales. Chanel held its 2015 cruise collection in Seoul in May; Christian Dior opened a six-storey flagship store in Gangnam (the biggest Dior store in Asia) in June; Lancôme and Dior have formed partnerships with Korean beauty brands to develop their products, and media giant Condé Nast is holding its next international conference in Seoul in March.

LVMH has gone one step further than them all. Earlier this year, the French conglomerate bought US$80 million worth of shares in YG Entertainment, a major K-pop agency that has signed acts including Psy, Big Bang and Tablo and actors such as Cha Seung-won and Im Ye-jin. This is a bold move but undoubtedly a savvy one as product placement in K-pop shows means big returns—earlier this year, a pair of Jimmy Choo shoes featured on My Love From Another Star sold out around Asia in less than a week.

Whether the Korean wave is here to stay or goes the way of most fads remains to be seen. In all likelihood, Seoul’s doll-like idols will some day lose their adoring fans to a new craze. However, fashion and beauty brands don’t need pop stars to survive; they need strong products and talented designers. Luckily, the creative energy coming out of Seoul is more exciting than anything Asia has seen since the birth of the major Japanese fashion brands in the 1990s. So until Mainland China decides to roar with economic and creative might, South Korea might be convincing us to dress Gangnam style for quite some time to come.