What You Need to Know About Surgery-Free Facelifts

Dubbed the “lunchtime lift”, Ultherapy is a non-surgical cosmetic procedure reputed to turn the clock back a good whack. We put the trending beauty treatment to the test 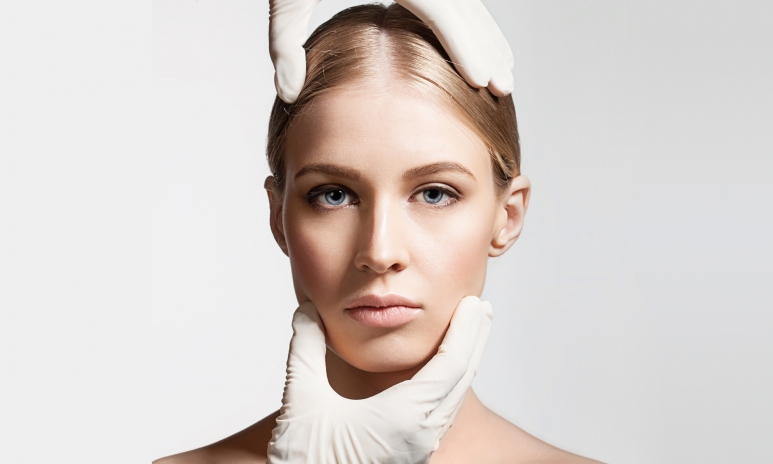 I'm in the waiting room of a medical practice in Central, one that specialises in anti-ageing, aesthetics and dentistry, considering whether to bolt while I have the chance. I’m about to have Ultherapy, a non-surgical procedure to lift, tighten and tone skin using ultrasound technology. It’s said to be able to turn the clock back five or six years.

I’ve always found new technologies that promise brighter, tighter skin enticing, but I’m averse to needles and knives. The latest professional skin-tightening treatments tend to involve lasers and at least three days of downtime. Not so Ultherapy, which has become hugely popular around the world since it was first approved by the US Food and Drug Administration in 2009, no doubt assisted by the likes of Jennifer Aniston and Courteney Cox attributing their youthful looks to it.

[Ultherapy] is a way to “stay ahead of the game” and avoid more invasive procedures like Botox and fillers.

“It’s the number one in-office procedure on the planet,” says Stephen Kirkham, a graduate of the University of British Columbia Medical School who has been practising in Asia for eight years. “It turns back the clock non-invasively, encourages your body to create as much collagen as possible and naturally lets your body heal and rejuvenate itself over the course of six months to a year. You might look a little flushed after you leave, but in a few hours no one will notice anything. The benefits appear after one to two months as your body starts to produce collagen to respond to the microscopic damage caused by the ultrasound.”

Kirkham, an aesthetician and dermal clinician at Dr Lauren Bramley and Partners, says the best candidates for Ultherapy are people whose skin has some degree of laxity, and it’s most popular with women aged 30 and above. While it’s not a replacement for a surgical facelift, it’s an ideal choice for those not mentally, physically or financially ready for surgery. For younger patients, it’s a way to “stay ahead of the game” and avoid more invasive procedures like Botox and fillers. The improvements begin to show after about two weeks, with full results developing over three to six months.

The device used in Ultherapy transmits focused ultrasound energy to precise depths. The pulses the patient feels indicate the collagen-building process has been initiated. Some patients appear flushed immediately afterwards, but you can return to normal activities straight after the procedure without any restrictions. The device can be applied to any problem area but is most often used on the chest and above.

I’ve selected the standard full face, jawline and jowl package, plus the neck and décolletage add-on. Preparation begins with oral painkillers, which take an hour to kick in, and numbing ointment. Soon I’m feeling a little bit like Alice in Wonderland at the Mad Hatter’s tea party—in a good way, of course. When a wand-like apparatus begins gliding over my face, it’s completely painless—until it reaches my jaw. I unconsciously back away from the slightly painful shocks, but Kirkham urges me to lean in. When the zapping eventually stops, I’m relieved.

While it’s not a replacement for a surgical facelift, it’s an ideal choice for those not mentally, physically or financially ready for surgery.

The procedure takes about two-and-a-half hours, which includes the hour for the painkillers to kick in. My skin is glowing and not red at all, and I walk home, carrying a variety of vitamins and supplements in pills and powders, without needing the huge Jackie O sunglasses I brought. After just a few hours I can see and feel the benefits and I’m loving my tighter skin. As the weeks pass, the skin on my face, neck and décolletage look smoother and firmer, and I’ve received numerous compliments from friends and family about how refreshed I look.

If you’re looking for a safe, non-invasive treatment to turn back the clock, Ultherapy has a great track record and delivers wonderful results.

This story was published in the April 2016 issue of Hong Kong Tatler.