Hong Kong
Beauty Under The Knife: The Mandarin Barber
share

Under The Knife: The Mandarin Barber

The Mandarin Barber is one of those Hong Kong institutions that feels like a rite of passage for many men. Much like how buying a tailored suit or a bespoke pair of shoes are traditionally the first signs of truly embracing adulthood, a visit to a formal barbershop replete with oak panelling, noiseless barbers, and cutthroat blades is an experience to savour - but watch out, because it could very well turn into a regular routine for you.

Having been both fascinated by blades in my youth and at the same time terrified of anything sharp or constrictive around my neck, I had mixed emotions. They are the best in Hong Kong; an established institution, I convinced myself, before wondering if a barber had ever admitted his client to a hospital.

Located on the 2nd floor of the Mandarin Oriental and dating back to 1963, the Mandarin Barber is larger than you’d expect but at the same time offers a cosy sense of luxury in keeping with the rest of the hotel. The interior harks back to 1930s Shanghai crossed with Pedder Building’s The Armoury, and on the whole, you can imagine spending a good few hours here without getting bored or feeling the need to return to the office - especially when the latest stock market updates and sports events are subtly projected through in-mirror TV screens. 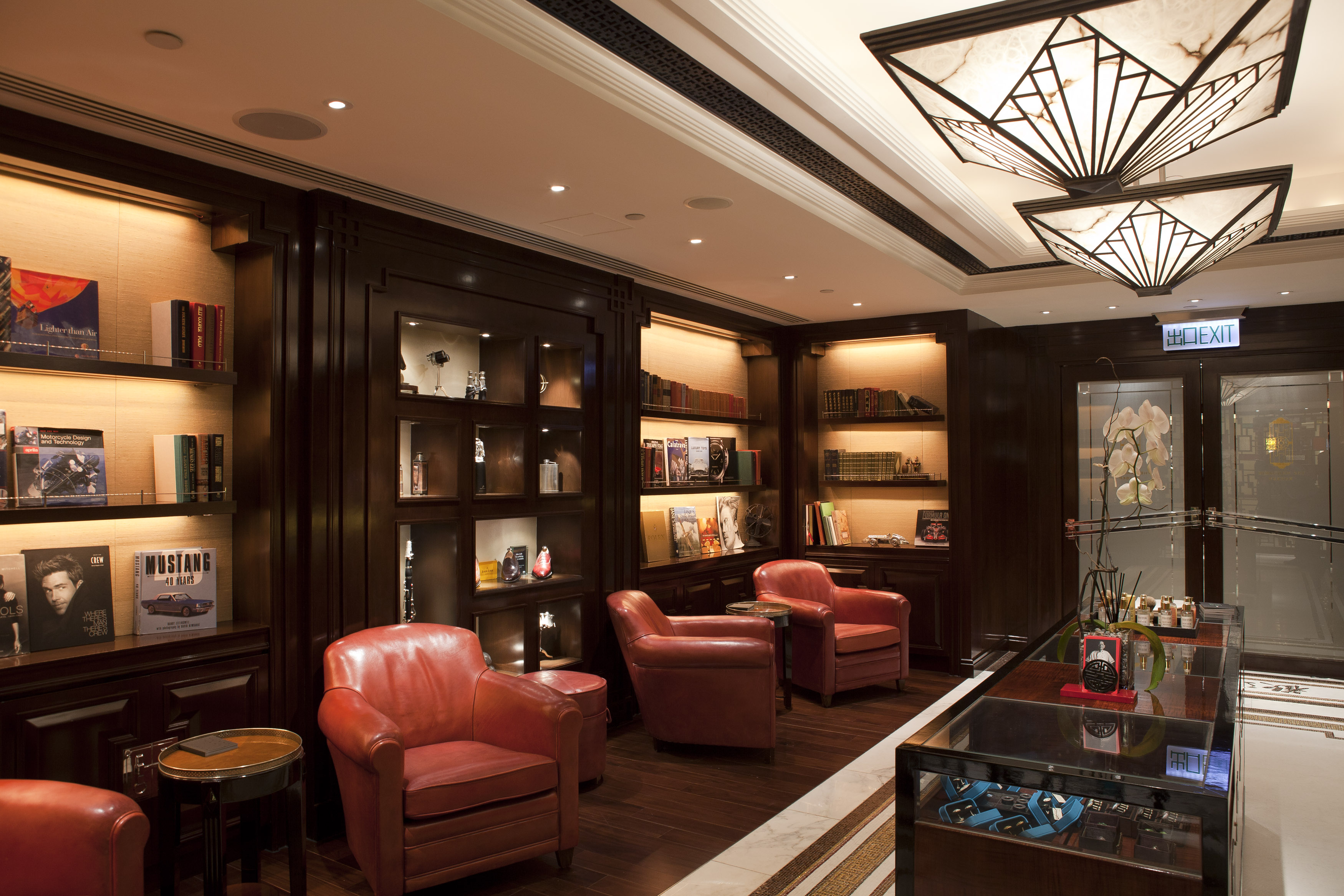 Six traditional barber chairs make up the main room, with two capable of reclining almost flat for wet shave treatments; a third exists in a VIP room for added privacy and solitude, and this is where I begin my wet shave.

A succession of warm towels is placed delicately on the face, each accompanied with a mild massage, before a soothing pre-shave oil from Truefitt and Hill (the oldest barbershop in the world, I’m told) is gently rubbed into the beard area. A rich lather of Geo. F. Trumpers shaving cream follows, carefully lathered on with a brush made from badger hair. What follows is a surprise: as I lie there, entirely relaxed from the warm face towels and the gentle sounds of some rather delightful jazz playing in the background, the wet shave experience with three, separate, daunting Japanese-made blades - far from the cutthroat terror one might expect - feels exactly like a careful, and most importantly - reassuring - succession of tiny scratches all over your beard. I couldn’t help but think of a kitten licking my face with its emery board tongue. 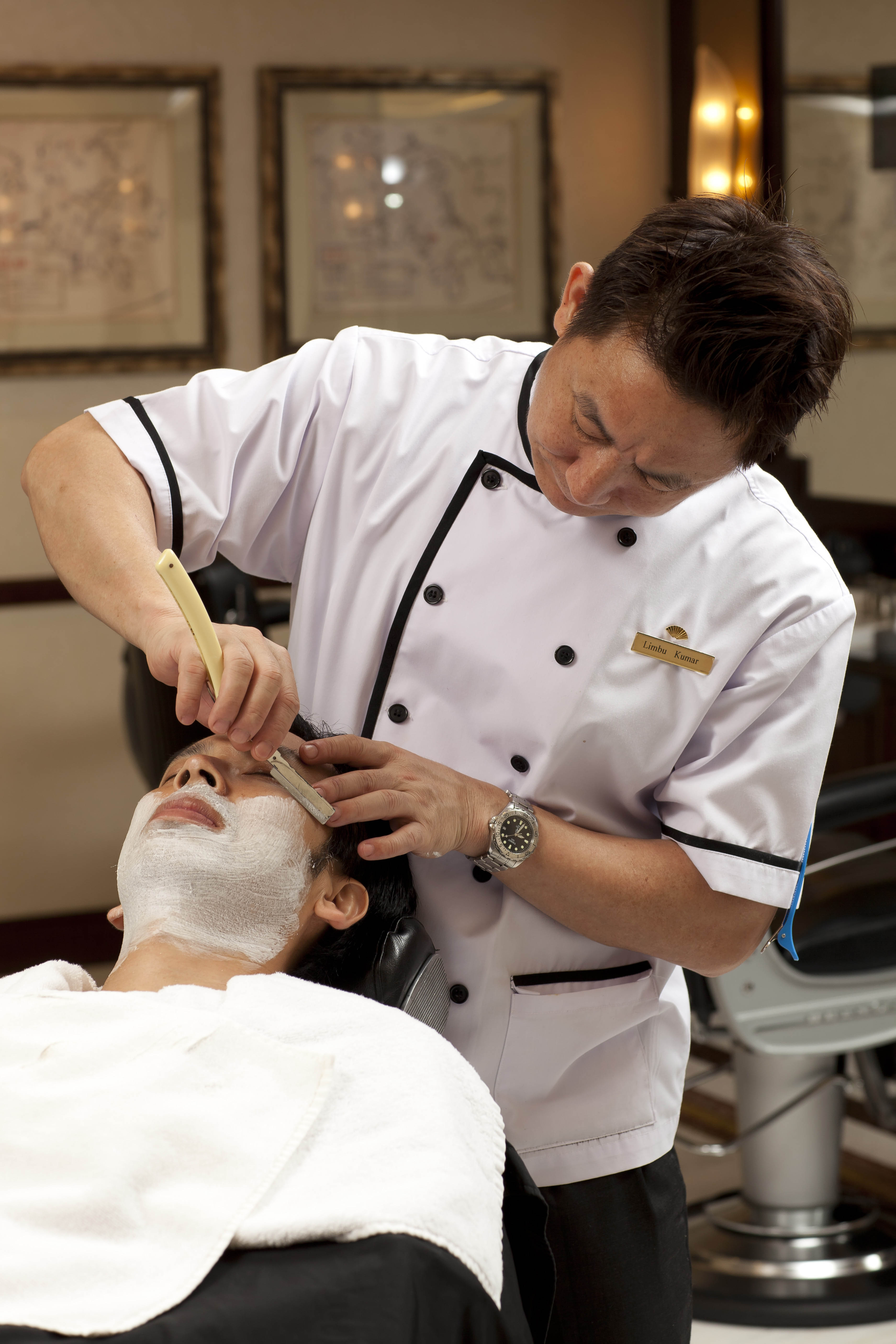 Once the initial nervous anticipation wears off, it is surprisingly easy to fall asleep - as I did during the latter half of the treatment. One last warm towel is placed over the face before any last minute stubble stragglers are carefully accounted for. But before you think this is all one, big, sleepy spa treatment, an ice cold towel is folded into place, providing that welcoming shock you’ve been waiting for - after all, we all know a good shave ends with a cold splash of water.

A word of advice though: it might seem natural or even accommodating to twist and pinch your mouth, jutting your chin out where you feel it should go in order to make it easier for the barber - but don’t. Case in point: several hours after my wet shave, small pinprick dots of blood appeared in a rash across my philtrum (the area below your nose and above your top lip) and jaw line. A good barber is like a good tailor: it takes time to build an understanding - and until you have that implicit awareness of each other’s movements, its best to lie back and keep still, otherwise you risk minor cuts from sudden, unanticipated movements on your behalf. And if the barber asks if you would like a matchbook case of styptic pencils to stop any potential bleeding - take it.